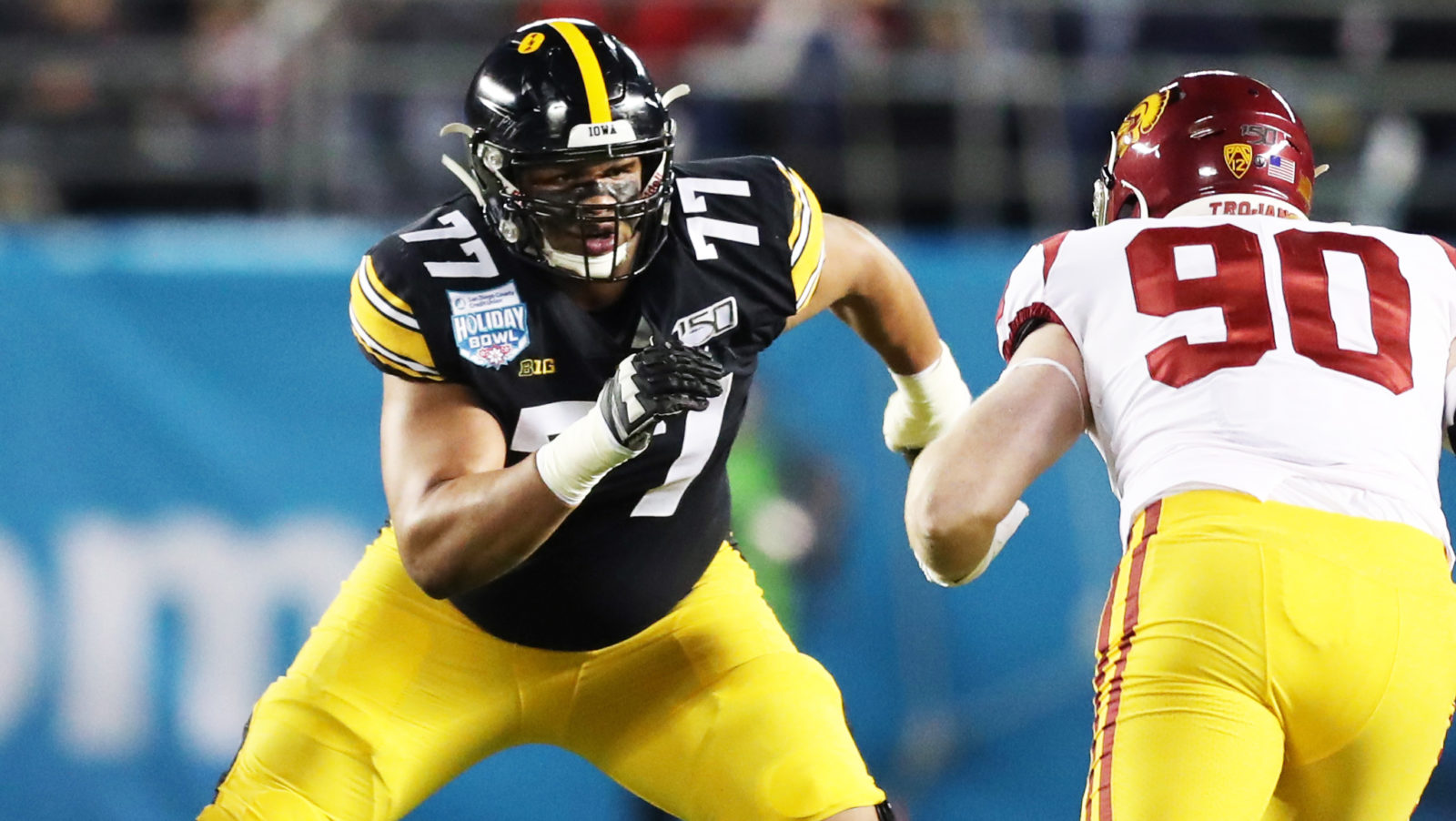 The fall edition of the CFL’s Central Scouting Bureau rankings are out, and I won’t lie, I was pretty jacked up to see them. While the 2020 NFL season is in full swing, there has been a definite void of Canadian football content this year with the CFL on pause. But, with the fall rankings out, we can start looking ahead to one of the first big dates on next season’s calendar: the 2020 CFL Draft.

There are some really intriguing names to start tracking. Iowa offensive lineman Alaric Johnson tops the first of three editions of Bureau’s list, despite having yet to play a game this year. Named to multiple preseason All-America and All-Big Ten lists, the Windsor product starts the season with the Hawkeyes later this month against Purdue.

Well underway this season is second ranked Amen Ogbongbemiga at Oklahoma State. The Calgary-raised linebacker, profiled by our Chris O’Leary last week, has 22 tackles for the 3-0 Cowboys. That includes a 13-tackle outing in a week two win over West Virginia. On the same team as fellow Albertan Chuba Hubbard, Ogbongbemiga is going to have plenty of eyes on him on both sides of the border in six months or so.

Number three and four on the fall list are both receivers, and both are coming off outstanding weekends. Third ranked Terrell Jana went for 111 yards and a touchdown as his Virginia Cavaliers fell to 1-2 after a loss to North Carolina State. The Vancouver product is coming off a solid junior season (886 yards, 3 touchdowns), where he was teammates with Dejon Brissett, Toronto’s second overall pick in the 2020 CFL Draft.

Not to be outdone was Tennessee’s Josh Palmer, ranked fourth by the Bureau. The Brampton receiver had two spectacular touchdown catches in a 44-21 loss to Georgia, one of the NCAA’s top teams. Despite the loss, Palmer is on pace to shatter his junior season totals with the Vols. 2019 saw Palmer finish with 34 catches, 457 yards, and one touchdown. He’s already at 14 receptions, 227 yards, and three majors so far this year.

NC State defensive lineman Daniel Joseph (Toronto, seventh) has two sacks and eight tackles through two games, but has missed a couple, including this weekend’s win over Virginia. Meanwhile, North Carolina defensive back Patrice Rene (Toronto, eighth) finally got back on the field over the weekend after a long road back from ACL surgery more than a year ago. Rene had five tackles in his first game since September 2019 as UNC moved to 3-0 with a 56-45 win over Virginia Tech.

The players I really feel are the five players on the Scouting Bureau’s fall rankings, all unable to play this year with no USPORTS season. Montreal’s Pier-Olivier Lestage (OL, 11th), Logan Bandy (OL, 12th) and Grant MacDonald (LB, 19th), and UBC’s Ben Hladik (LB, 16th), and Nick Cross (LB, 20th) are in a really tough spot. Every other USPORTS draft hopeful is right there with them.

With no Canadian college season, I’m really curious how that changes the 2021 draft fates for some of this country’s brightest stars. They won’t have the benefit of updated game reps for scouts, which could vault NCAA players up this Scouting Bureau’s list, not to mention the lists of CFL teams.

Draft eligible Canadians weren’t the only ones tearing things up this weekend south of the border. If Pittsburgh Steelers fans weren’t excited about receiver Chase Claypool before, they better be now. Claypool already had the longest touchdown reception of the 2020 season when he went for 84 yards in a week two win over Denver. He added to his ridiculous rookie resume three weekends later.

With Pittsburgh back in action after an unexpected week four bye, Claypool did something we’ve never seen from a Canadian. The Abbotsford product finished with three receiving touchdowns and added one more on the ground to become the first Canadian to total four majors in an NFL game. He’s also the first Steelers rookie to complete the feat. 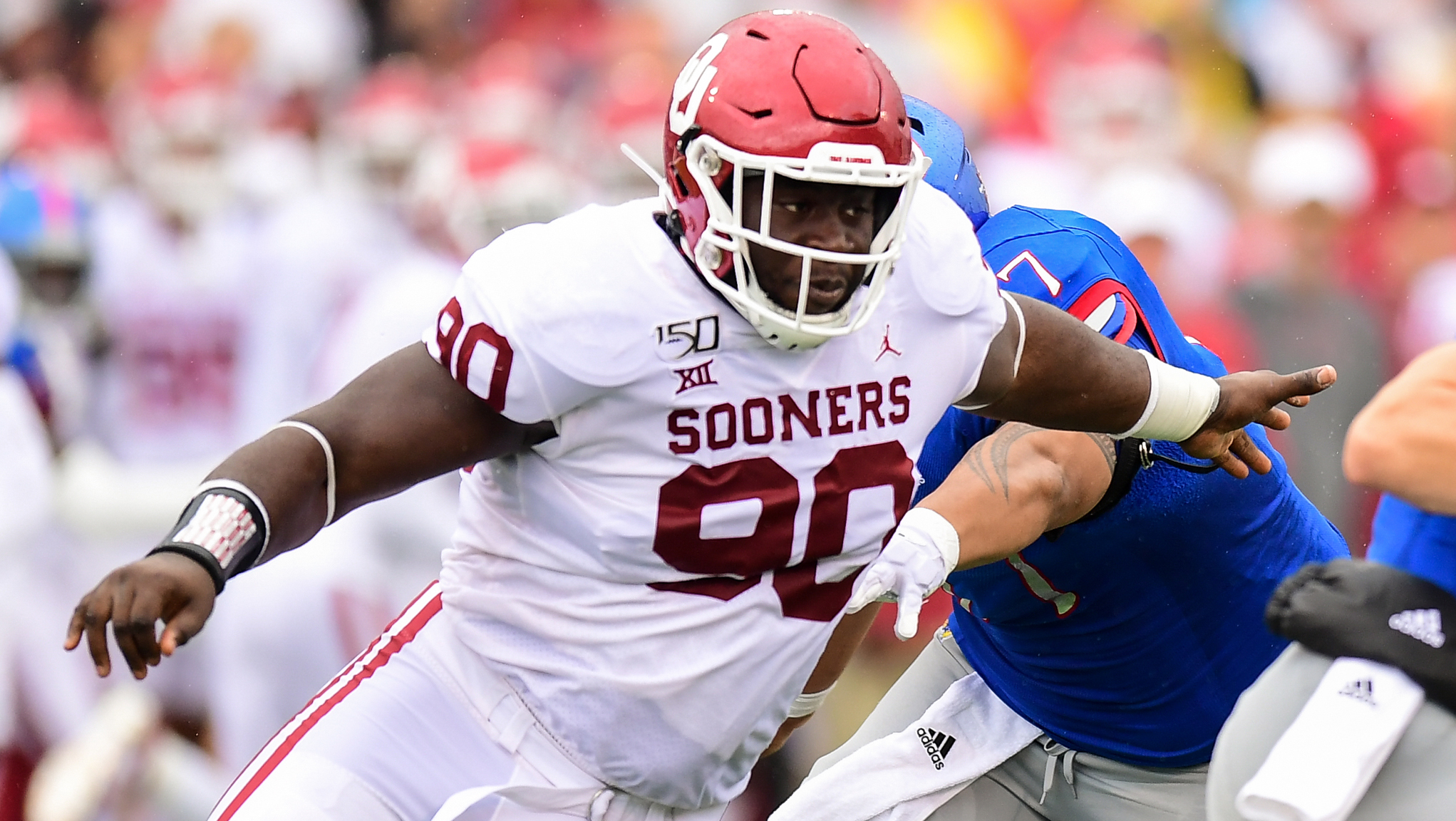 For fans on this side of the border, seeing Claypool light it up isn’t as surprising. Claypool was ranked second wire-to-wire in last year’s CFL Scouting Bureau rankings, behind only defensive tackle Neville Gallimore, who ran the table on top. Pittsburgh took Claypool out of Notre Dame in the second round of the 2020 NFL Draft, which essentially ruled him out of CFL Draft consideration a few weeks later.

Don’t get me wrong, I don’t think even the most dialed in fan in this country had Claypool with five touchdowns through five weeks. But knowing he was one of the most highly touted Canadian skill players ever coming out of college, it’s perhaps a little less out nowhere.

Speaking of Gallimore, he racked up his first career NFL tackle over the weekend. In his third appearance as a rookie, Gallimore helped the Dallas Cowboys to a 37-34 win over the rival New York Giants. Much like Claypool, Gallimore entered the 2020 NFL Draft as one of the best Canadian defensive line prospects in years after four outstanding seasons at Oklahoma. The Cowboys drafted him in the third round, while Saskatchewan took a flyer on him in the eighth.

Rounding things out, 2015 top-ranked Bureau prospect Christian Covington continued to get solid reps in his first year with the Cincinnati Bengals. As part of a rotation at nose tackle, Covington has ten tackles in five games for the Bengals, including five in their week four win over Jacksonville. Covington finished with three tackles in Sunday’s 27-3 loss to Baltimore. 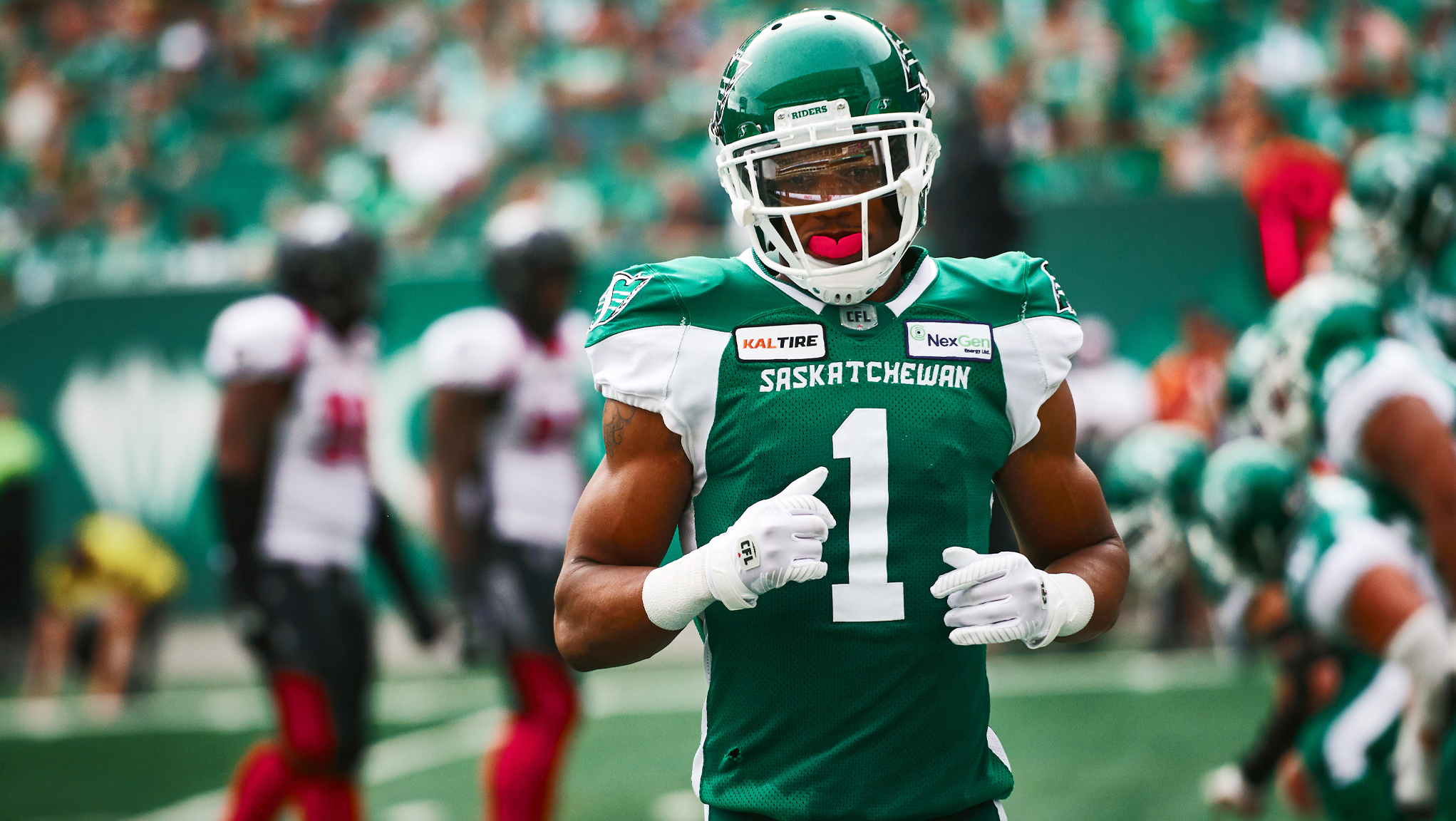 I was getting some good-natured heat from Saskatchewan’s Cody Fajardo and Shaq Evans following last week’s “best tandems” article. In all honesty, I went with five quarterback-receiver tandems and that was the duo I left out…with zero disrespect intended. With how evenly Fajardo distributed the ball to Evans and Kyran Moore last year, I opted to go with neither. But, yes, unquestionably Fajardo-Evans is an elite tandem and one of the league’s best. You win some, you lose some.

Finally, I wanted to underline the CFL’s opt-out rule. With no 2020 season, the league has allowed players to opt-out of their current contracts with no penalty to chase opportunities in the NFL. Crucially, though, there’s also an opt-back-in rule built in alongside, which we saw Edmonton receiver Ricky Collins use last week. Collins couldn’t find an NFL opportunity that worked for him, but still has a home with the green and gold.