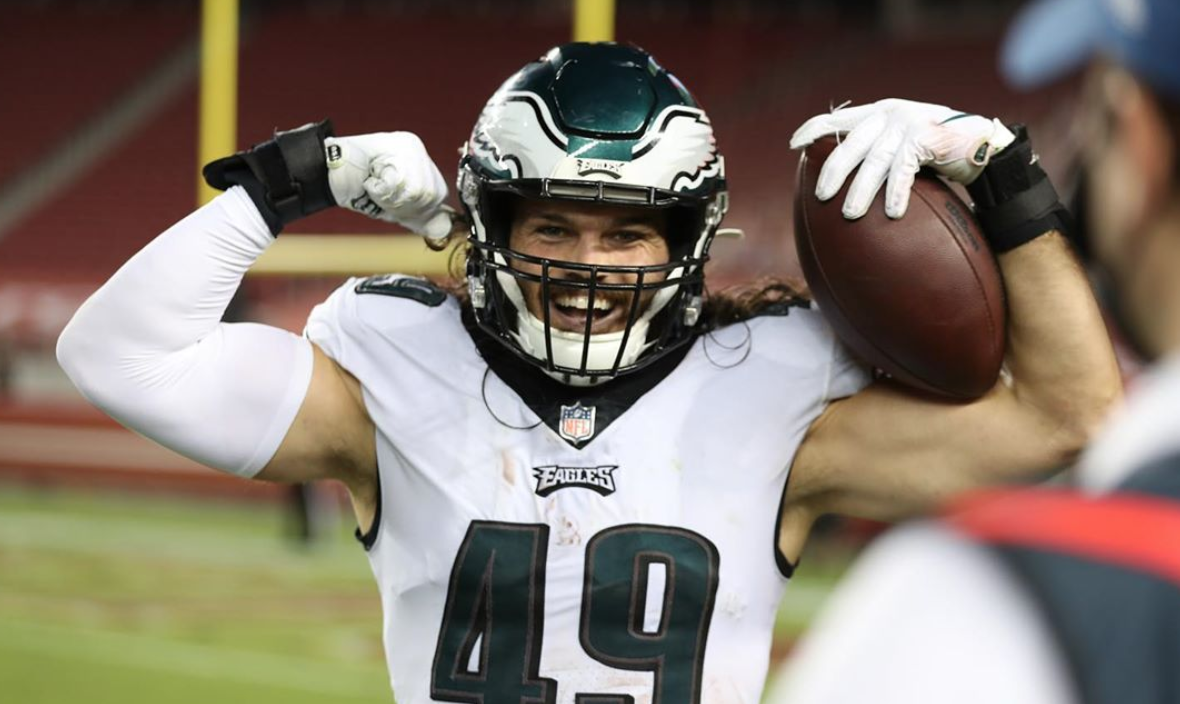 Alex Singleton knows that it’s one moment early in a long season, but that doesn’t mean the former Calgary Stampeder couldn’t stop to appreciate it.

Now in his second year with the Philadelphia Eagles, Singleton created a wave of emotion from Canadian football fans with his pick six last Sunday night against the San Francisco 49ers. The Eagles won 25-19, with Singleton’s 30-yard interception return making the difference in the game.

There was a familiar sight in the aftermath of the play, as Singleton’s name started trending on Twitter in Canada. He spent much of the next couple of days taking calls and doing interviews with Canadian media as well.

“It’s awesome to have all of Canada cheering me on,” Singleton told Stampeders.com.

“Calgary gets a little more bump in that, because that’s where my love is, but the whole country, that’s really cool to have. I tell people all the time, (there’s) a whole country behind me, not just a state or a city. I have the entire country of Canada, which is really cool.” 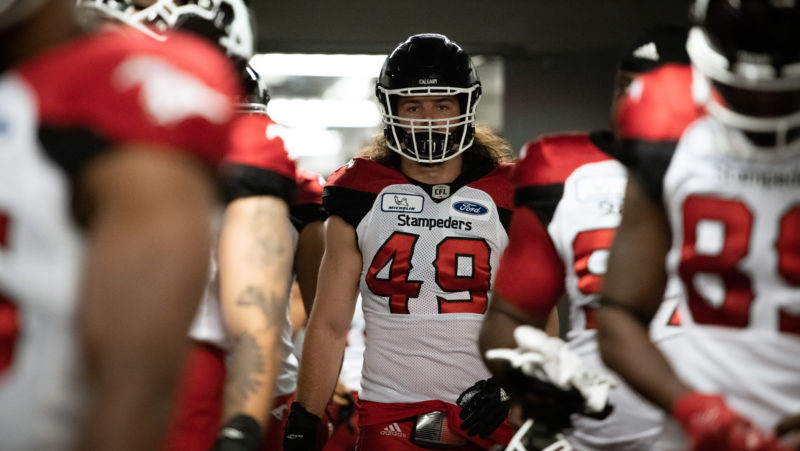 Alex Singleton looked NFL-bound very early in his CFL career, racking up accolades over three seasons before heading to the Philadelphia Eagles in 2019 (Johany Jutras/CFL.ca)

The 26-year-old linebacker built that Canadian fan base through three seasons with the Stamps (2016 to 2018) that saw him be named a two-time CFL all-star and the defensive player of the year in 2017. He capped his short stay in the CFL with a Grey Cup win in 2018 before signing with the Eagles.

“It’s like going to any team, just learning everyone’s name in the building is tough,” Singleton said of his first year in Philly, adding that he’s feeling much more comfortable there in Year 2.

“Now that I know everybody, you know the system better, expanding (my role) and getting to do more every week.”

While the play itself is now over a week old, there was a new development to Singleton’s first big NFL moment over the weekend. Singleton was able to give the game ball to his biggest fan, his sister Ashley. Alex’s mom, Kim, shared that info on (Canadian) Thanksgiving Monday from their home in Thousand Oaks, Cali.

When he spoke with Stampeders.com, Alex said Ashley was still wearing the jersey from the game. That likely only held up for a few days at most, but she’s no doubt still loving the moment of getting to see her brother find the end zone in front of an audience of 14 million people.

Of course, because of the pandemic, this year is unfolding in different ways for everyone, whether you’re an NFLer or not. Singleton will be playing games in empty to near-empty stadiums across the U.S. as the most unique sports year in many pro leagues’ histories plays out.

“We get tested every day. My nose is continuously dry because I get swabbed every morning,” Singleton said of the protocols in place for NFL players.

“We wear masks in all of our meetings, everything is socially distant up until practice. Our meal room is just single chairs all over with little tables. Everything is so different. With no fans, it’s almost like practices. We miss the fans. It’s a way different season.”

It’s shaping up to be a big year for Canadians in the NFL. Abbotsford, B.C.’s Chase Claypool followed up Singleton’s highlight reel play with four of his own on Sunday. The rookie receiver scored four touchdowns in Pittsburgh’s 38-29 win over Singleton and the Eagles. Claypool finished the game with seven receptions for 110 yards, helping the Steelers to their first 4-0 start in 41 years.