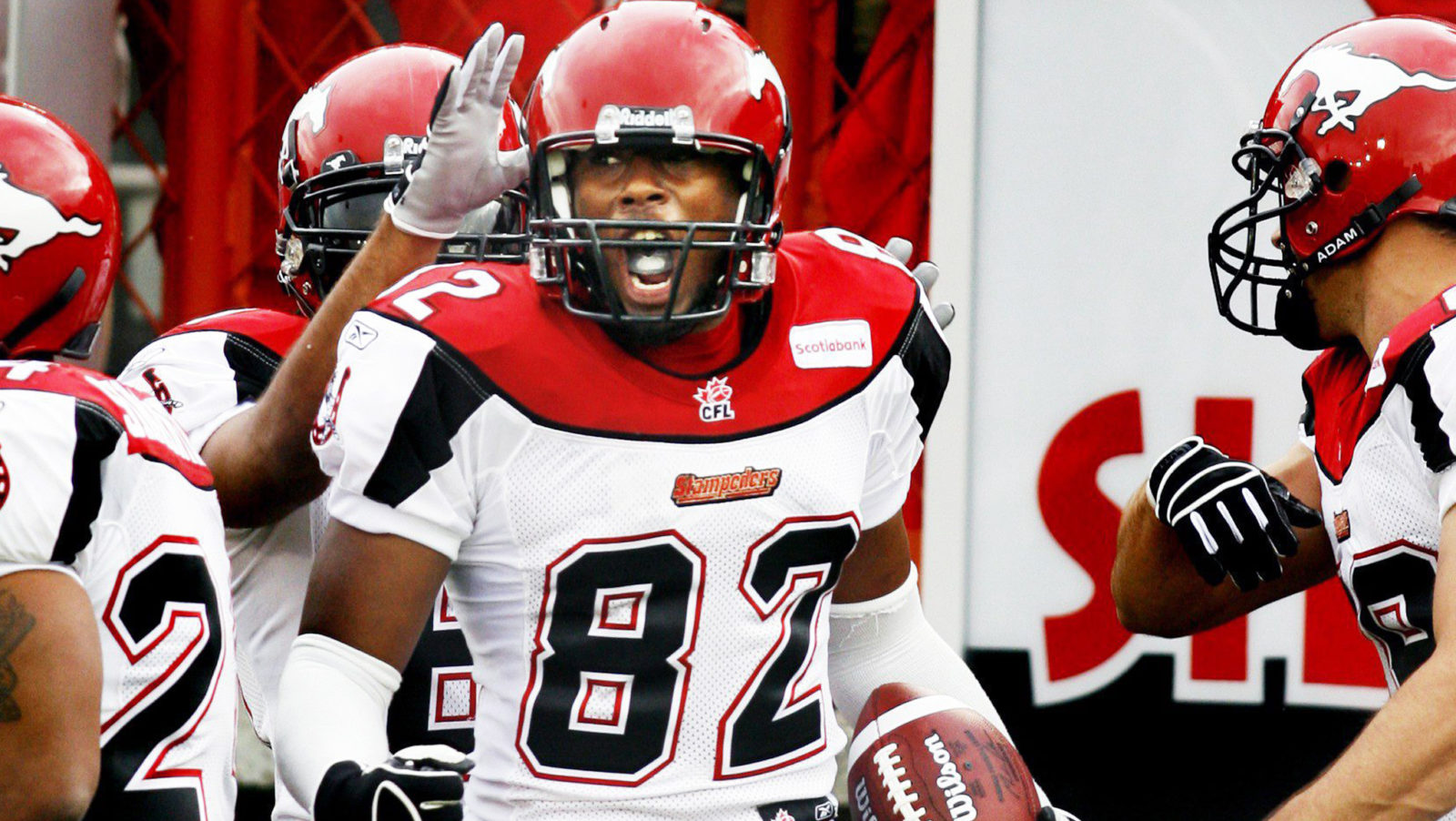 TORONTO — There was something special about the group of receivers that were in Calgary during the 2000s.

Yes, they were a talented bunch of pass-catchers, hauling in 1,000’s of yards and numerous touchdowns.

But they were also a flashy group that celebrated scoring in style.

Nik Lewis and Ken-Yon Rambo, two members of that Stampeders receiver crew, joined Donnovan Bennett in this week’s episode of The Waggle presented by Sport Clips to talk about their team and their now infamous touchdown celebrations.

“Everybody had their own one or two (celebration ideas) for a game and that was it,” said Lewis of the dances they would do after scoring. “It was like, ‘if I score, this is what I’m doing’ and we pulled off some nice ones from rock bands to dances to the bobsled to the bicycle to the relay race.”

Between the excitement after touchdowns to explosive plays, all of the receivers would use each other’s energy to get better week in and week out.

“We competed with each other,” added Rambo. “Even though we were a team, we wanted each other to be as great as possible. We fueled off each other. When Cope (Jeremaine Copeland) or Nik made a big play, or Joffrey (Reynolds) made a play, we wanted to make a play. We wanted the ball. That’s the key.”

This bunch of receivers had one of the best quarterbacks to play the game passing the ball to them; Henry Burris. Burris played in Calgary from 1997 to 2011 and won two Grey Cups with the team.

“One of the things is Hank knows it inside out,” added Lewis. “He knows the game, he knows his reads inside out and he just makes the throws.”

After his 11 seasons with the Stampeders, Lewis went and played three seasons in Montreal. When he was with Montreal, Lewis would show old footage of his former teammates to the next generation of pass-catchers to help them become the best receivers they could be by passing on the legacy of the 2000s Stamps.

“One of the things is that, people don’t know this, but if you look at BJ Cunningham and you watch the way Rambo used to play, they’re very similar,” said Lewis. “I got Montreal’s team to bring up a Ken-Yon Rambo highlight film for BJ Cunningham. So that he could watch him play and be like, ‘that’s what I need to be.’ BJ can run, he can make his cuts, he can do those things. He’s not as great after the catch as Ram was but to be able to run, his gate, his ability to get in and out of breaks is very similar.

“So that was my thing, was to try to help support those young guys so they could go out there and just create their own world that they could live in and just be great.”