Lions and the CFL mourn the passing of David Braley

Lions and the CFL mourn the passing of David Braley

VANCOUVER — The BC Lions are very saddened to announce that our owner and champion David Braley passed away peacefully this morning at his home in Burlington, Ontario. He was 79.

“We share this news with the heaviest of hearts. David has been a proud and fiercely loyal owner of our team, a champion of the Canadian Football League, and a leader for whom his love of our game and our country went hand in hand and spanned decades.  We share our deepest condolences with his family, friends and admirers,” said Rick LeLacheur, President of the BC Lions Football Club.

“One of his final acts of devotion to Canadian football was a clear expression of his desire that the stability of our club be maintained through a smooth transition following his passing. We will work closely with David’s estate to follow that plan.” 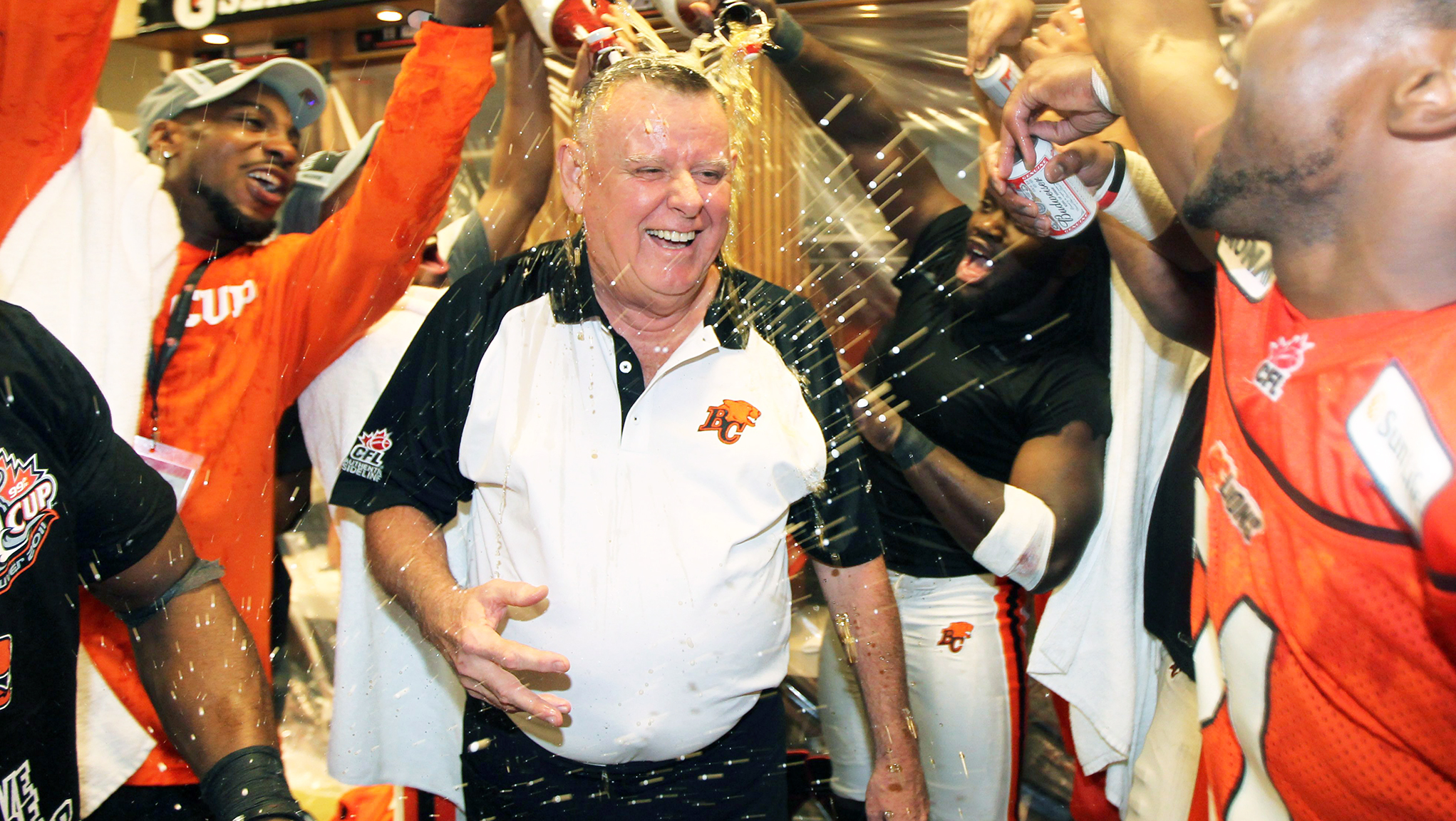 BC Lions owner David Braley celebrates a Grey Cup championship win at BC Place in 2011.

Also owner of the Hamilton Tiger-Cats from 1989 to 1990 and the Toronto Argonauts from 2010 to 2015, Braley served as an Interim Commissioner of the CFL and Chair of its Board of Governors. He was inducted into the Canadian Football Hall of Fame in 2012.

Braley was a highly successful entrepreneur with a genius for business and a generous philanthropist who made enormous contributions in the arenas of health, research and sport, including amateur football. Passionate about politics and public service, he served his country as a Senator from 2010 to 2013. Last year, he was named an officer of the Order of Canada, one of Canada’s highest honours.

“We have lost our greatest champion. All of us associated with the Lions have personally seen, time and time again, David’s selfless commitment to our club and our fans,” LeLacheur.

“But his example and inspiration, along with the direction he provided us all as his health failed, fuels our confidence in the Lions future. The BC Lions will continue to work hard to honour his memory by being the best we can be on the field, in the boardroom and in the community.”

Full background on the life and career of Mr. Braley can be found here.

CFL Commissioner Randy Ambrosie made the following statement on Monday, after Braley’s passing had been announced:

“David Braley, who passed peacefully this morning at his Burlington, Ontario home, was our champion in every sense of the word. He won Grey Cups as owner of the BC Lions in 2000, 2006 and 2011 and the 100th Grey Cup as owner of the Toronto Argonauts in 2012.

He also championed the CFL itself, as a member of its Board of Governors, its Chair and as an interim Commissioner. Most of all, though, he championed an idea with passion and purpose: that the Grey Cup, the CFL and Canadian football play an incredibly important role in Canadian life and culture, and they deserve to be supported and cherished.

David didn’t just talk about this idea. He lived it. An owner of the Hamilton Tiger-Cats, as well as the Argos and Lions, he often stepped in to sustain and turn around franchises when they needed him the most.

He contributed mightily to amateur football. And he famously held everyone, from colleagues to Commissioners, to account, always wearing his fierce love for our game and our league on his sleeve.

David was bigger than life in so many ways. He was an entrepreneur who started a business in his garage and grew it into a successful empire. He was a philanthropist who contributed millions to health care, research and amateur sport. He was a proud Canadian engaged in public life who became a Senator and, ultimately, an officer of the Order of Canada.

Just as importantly, he was, to so many of us and certainly to me, a dear friend. He once told a story about the time when he was a young boy who rode his bicycle clear across his hometown of Hamilton, just to get the autograph of his favourite CFL player. Throughout his life, he never lost that passion or that drive.

We at the CFL are deeply grateful for his countless contributions. Even as his health failed, he expressed his desire for a smooth and stable transition for the BC Lions, and his confidence in their future. We are deeply saddened by this loss. David Braley will be forever remembered as a CFL legend.”