Alberta’s Ajou making a name for himself at Clemson 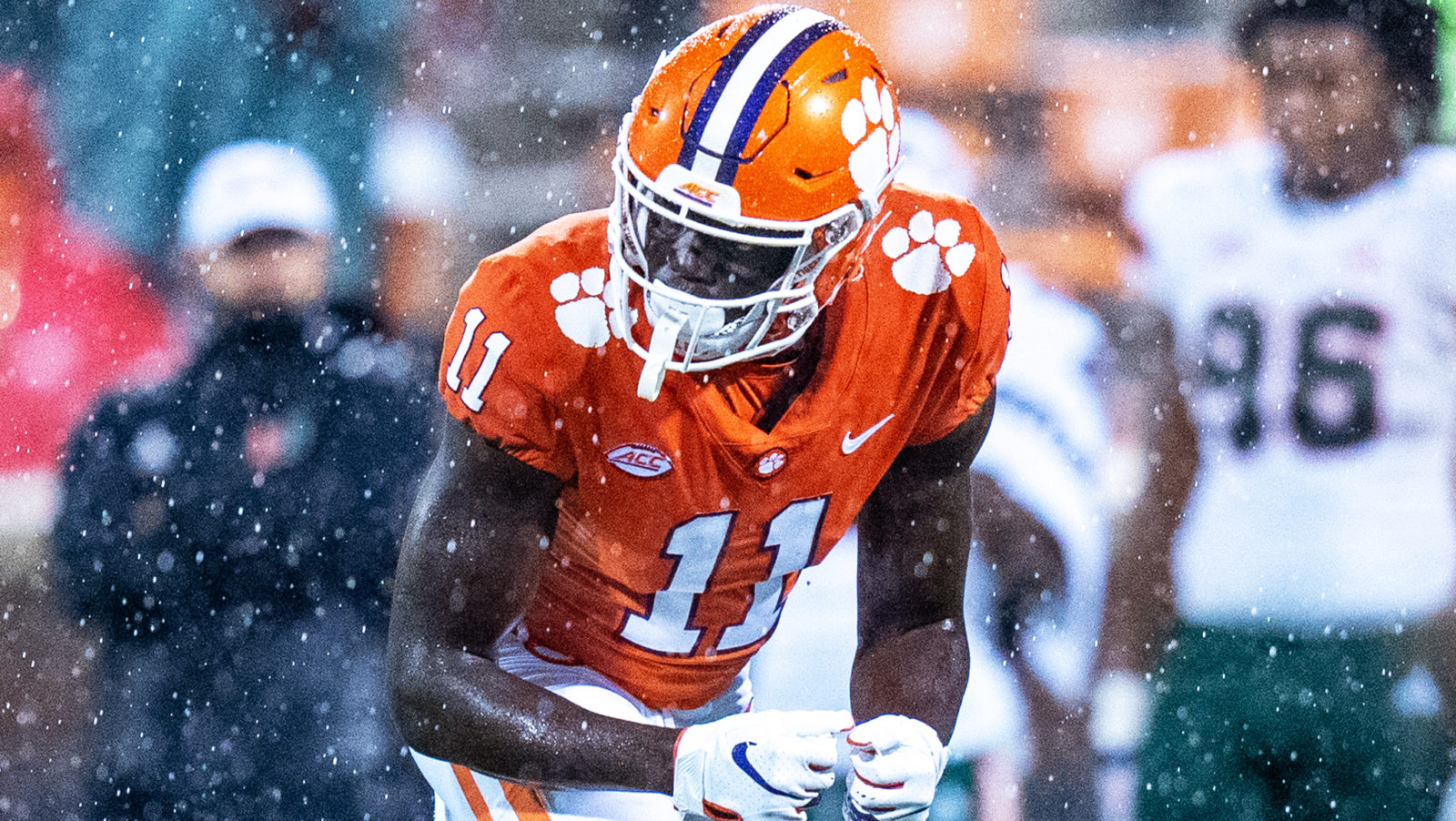 Alberta’s Ajou making a name for himself at Clemson

TORONTO — When Ajou Ajou first arrived in Clemson, he knew almost immediately that it was the place for him.

The idea of playing football at Clemson University intrigued the six-foot-four, 220-pound receiver, of course, but it was the city itself that really sealed the deal.

“We took the back road into Clemson, and it was just like country and farms, and it was like, ‘Wow, this is kind of like Brooks, my hometown,” Ajou told members of the media on a conference call earlier this week.

“The population here is 14,000 and Brooks’ population is 14,000,” he continued. “You really can’t make this up. I was just connecting the dots, really. And then on top of that, I came here and everyone is nice. Everyone just wants to see you grow and it’s kind of like Brooks in a sense because it takes a village to raise a child.

“Just the coaches and stuff and the way that they helped me and made sure I’m good in anything. I just love that.”

RELATED
» Jana on nameless jersey: ‘I represent those people who have been forgotten’
» O’Leary: A summer of growth for OSU’s Amen Ogbongbemiga
» Costabile: Former Dino adjusting well in the NCAA

Ajou was born in Calgary, Alberta and grew up in Brooks and that small-town feel from his hometown was apparent from the get-go in Clemson.

When he went to the University last year to look at the campus, he immediately wanted to commit. Head coach Dabo Swinney told the youngster to check out the rest of his options but Ajou knew that he didn’t need to.

“The moment (coach Swinney) offered me, I wanted to say, ‘yeah, I’m committed,'” he said with a smile. “He’s the one that said, ‘I don’t want you to commit now. I want you to go look at your options. You’re still new to this.’ But I already knew. I definitely already knew that I was coming here.”

Ajou has had two catches so far this season, including one that he took 35 yards to the house for his first NCAA touchdown in his team’s win against Georgia Tech.

“It’s like tunnel vision, get to the end zone,” Ajou said, remembering the major score. “And I was just hitting my moves and I started running. I finally get there. And I was like, ‘what?’ I just hear the crowd erupts. And I’m like, No, way this just happened.’ I’ve been wanting this to happen my entire life. It was just blurry. I was speechless until I sat down on the bench. I had nothing to say I was just like screaming. I went to the bench. My teammates were going crazy. It was awesome.”

Before his journey to the NCAA began, Ajou remembers watching another Canadian, Chuba Hubbard. He saw what the running back was doing down south and made a proclamation that he would one day be doing the same thing.

“I remember I was at home in Edmonton, and I’m watching Chuba get his first touchdown. And it’s like ‘Wow, one day, I promise you, I’m going to be there and they’re going to be talking about me like they’re talking about him.’ And then fast forward a year and a half later, boom, I’m getting all of these offers and stuff. And I’m like, ‘woah, it happened so fast.'”

With all the talk of Ajou’s love and admiration for Clemson, the feeling is mutual for the school, and more specifically his head coach.

“He’s going to be an unbelievable player,” coach Swinney told the media last week. “What I love about Ajou is his self awareness. He’s this uber-talented guy but he knows that he has so much to learn and he’s not afraid of that. He’s not embarrassed by that, he’s not too cool for school.

“He is a very unique guy. I’ve really not had a guy like him.”