TORONTO — Canadian Football League (CFL) fans are invited to come together for Grey Cup Unite, a free and safe celebration of our game, from November 16 to 22.

“The pandemic cannot defeat the spirit of our fans or the power of our game to bring them together,” said Randy Ambrosie, Commissioner of the Canadian Football League.

“That’s the message we’re sending today announcing Grey Cup Unite, a week of virtual and safely distanced events that will reconnect our fans with our league and with each other. We may not be able to gather for a traditional Grey Cup week but we can still stand united.” 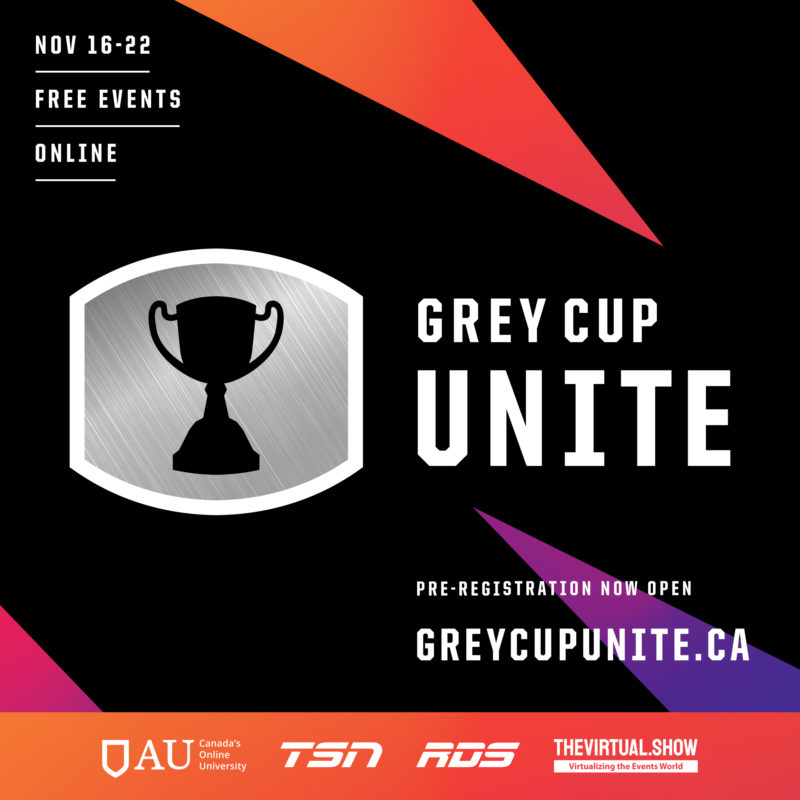 The CFL, its nine member clubs and its broadcast partners, TSN and RDS, will spend the week delivering special events and programming online and in socially distanced environments.

And more details of events will be shared between now and Grey Cup Unite. For updates, more information and to register to attend Grey Cup Unite events, visit GreyCupUnite.ca

“Frankly, we hated it last month when Labour Day came and went and all we could do was think about how much we miss live CFL football, “ Ambrosie said.

“We vowed that come November, when we usually host Grey Cup Week, it would be different. Grey Cup Unite will focus not on what we miss but on what we have: tremendous fans and a bright future.”