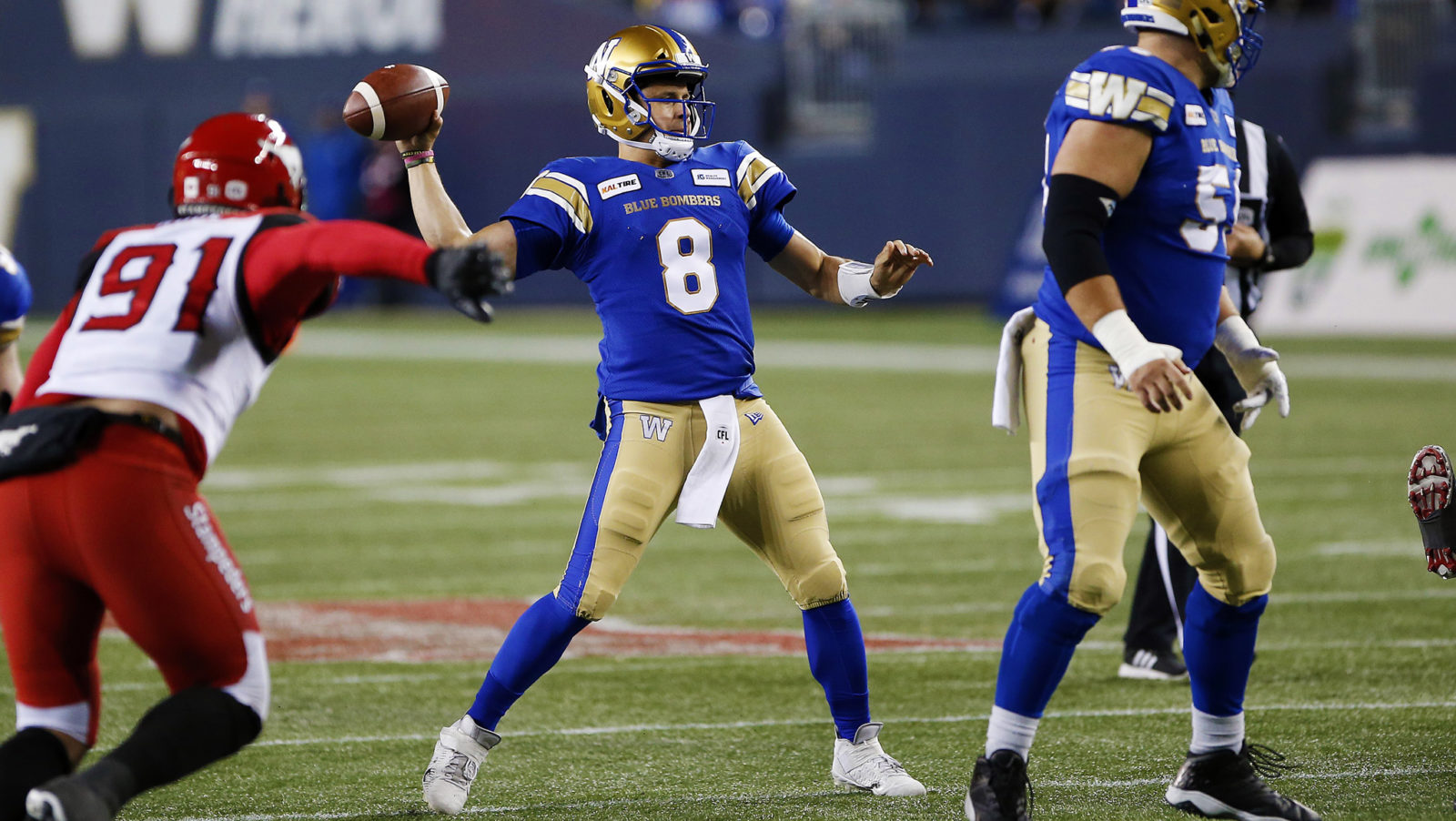 TORONTO — This weekend would have marked the first week of playoffs, as teams in either division would begin their journey to the Grey Cup with the Division Semi-Finals.

Since we won’t be seeing any live Semi-Final action this year, CFL.ca is taking a trip down memory lane instead.

From Jonathon Jennings’ incredible game-winning touchdown in 2016 to a pair of quarterbacks leading the Winnipeg Blue Bombers to victory last year, here’s a look at the last five Western Semi-Finals:

A two-QB system in the second half of this Western Semi was the jolt that the Winnipeg Blue Bombers needed to defeat the Calgary Stampeders 35-14. Chris Streveler got it done on the ground while Zach Collaros did his thing through the air.

Collaros tossed a touchdown pass to Darvin Adams while Streveler ran in the game-sealing major score late in the fourth. The Bombers defence was also integral to the victory, picking off Stamps’ QB Bo Levi Mitchell twice and not allowing a single Stampeder point in the second half.

Drew Wolitarsky and Andrew Harris each scored a touchdown and Kevin Fogg added a key interception, leading the Winnipeg Blue Bombers to a 23-18 win over the Saskatchewan Roughriders in this Western Semi-Final in Regina.

The Bombers got the best of their heated rival in front of a hostile crowd at new Mosaic Stadium, scoring 13 unanswered points in the second frame and never relinquishing the lead, putting the game out of reach with a fourth-quarter touchdown by Harris.

Bombers pivot Matt Nichols threw for 169 yards, one touchdown and no interceptions in the win, while the sophomore Wolitarsky had a team-high five catches for 68 yards to lead the Bombers to victory.

Mike Reilly passed for 334 yards and Adarius Bowman hauled in a pair of touchdown catches as the Edmonton Football Team topped the Winnipeg Blue Bombers 39-32 at Investors Group Field in this Western Semi.

A monster second half from Reilly helped Edmonton take control early in the third frame and they never looked back. Receiver Brandon Zylstra led all receivers with 145 yards and was balanced out by a 107-yard day by tailback C.J. Gable on the ground.

Just when it looked like everything was going according to the script, Jonathon Jennings had other ideas. The Lions’ quarterback overcame two first-quarter turnovers and a 28-12 third-quarter deficit to lead the Lions to a 32-31 win over the Winnipeg Blue Bombers in this Western Semi-Final.

Jennings called his own number and ran in a touchdown with just over a minute left in the game. It was the first lead the Lions would take and the only one they’d need.

It was a dominant performance by the home team in this Western Semi-Final, as the Calgary Stampeders defeated the BC Lions 35-9 at McMahon Stadium.

Bo Levi Mitchell and Eric Rogers connected for two touchdown passes while Keon Raymond set the tone with a first-quarter pick-six, giving the Stampeders their fourth straight win and improving them to 9-1 at home on the season.