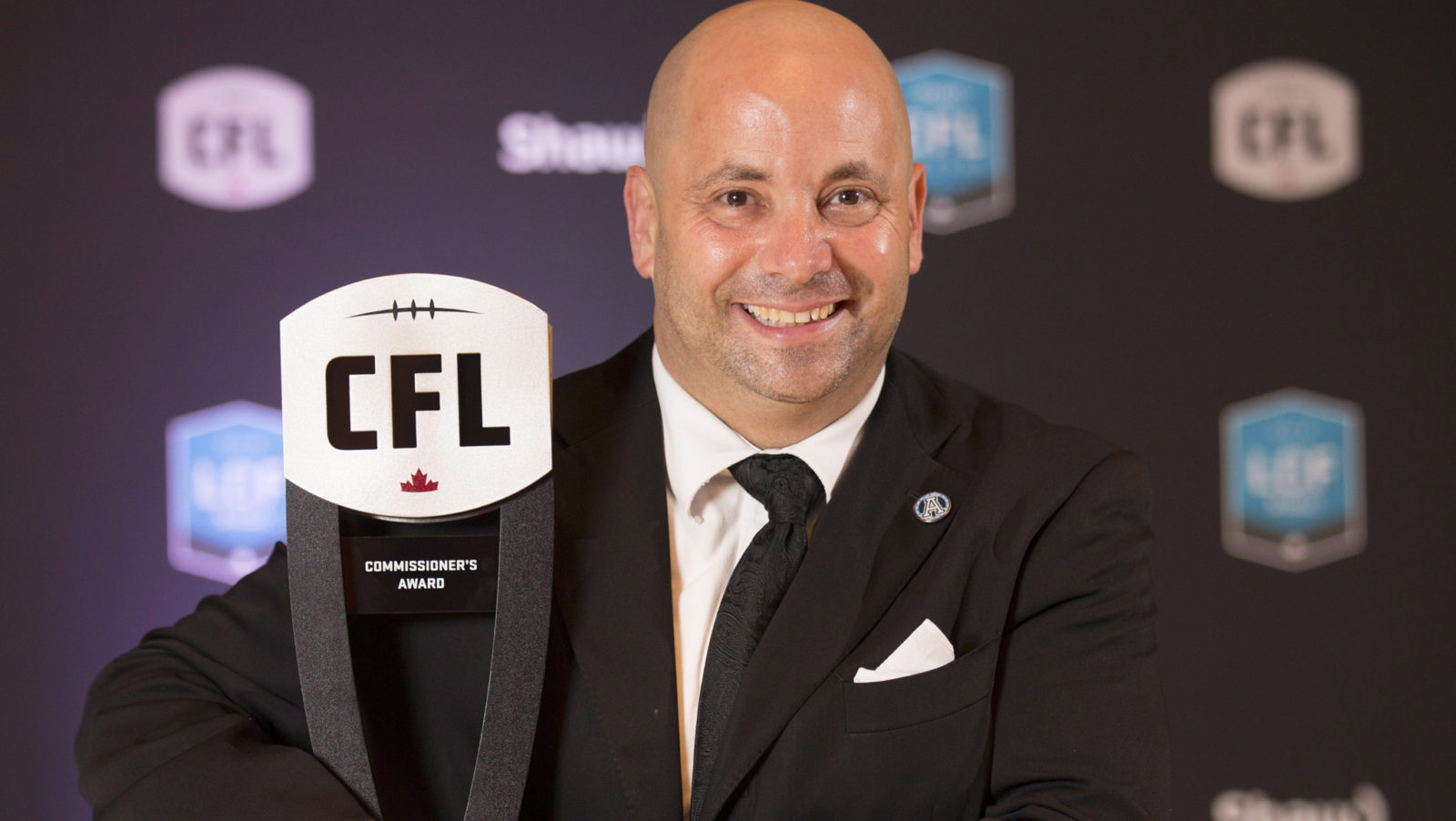 TORONTO — Jason Colero is no stranger to bullying.

When he was in high school, Colero, Community and Education Program Specialist at Maple Leaf Sports & Entertainment with a specific focus on the Toronto Argonauts alumni and the Huddle Up Bully Prevention Program, was picked on when he was trying out for the school’s football team.

“I was actually trying out for a high school football team as the smallest kid in the entire school,” he explained. “A few guys, for some reason, didn’t feel like I belonged in that spot and treated me (badly) and alienated me. Made me feel that I wasn’t accepted, that I wasn’t included.

RELATED
» A Semi-Final for every team that you may have forgotten
» Steinberg’s MMQB: One player to watch for each East Division team
» CFL announces Grey Cup Unite to celebrate the game

There was one student however, that decided enough was enough. He witnessed what the other kids were doing to Colero and stood up for what was right.

“But this one guy on my team, one of the bigger individuals on the team, he had the courage to say, ‘hey guys, enough is enough. Why don’t you leave the guy alone?'” said Colero. “More importantly, he didn’t just say it to them but he made sure that I knew I wasn’t alone and that’s what a lot of kids need. Is that they need to know that they’re not alone in this situation.

“They feel like it’s the whole world against them but the reality is, it’s a handful of people and you have to start looking at those active allies and that’s what he was to me. He was an active ally. He spoke up.”

Colero, who started with the Argonauts in 1985 as a ball boy, decided to that that experience and make something better out of it. In 2001, he decided to start The Huddle Up program.

“I decided in 2001 that we needed a program that would reach to people to get them to be pro-active when they see bullying,” Colero said, who is in his 35th year with the Toronto Argonauts. “Now the program has an online e-learning platform for youth, all across the GTA in the province of Ontario, really. It’s involving not just the Argonaut voice but we’ve joined forces with the Toronto Maple Leafs, Toronto Raptors and TFC in getting an important message across for bullying prevention.”

It was one of the Player Assemblies where Colero was able to reconnect with the student who stood up for him all those years ago.

“I was fortunate enough to reconnect with him by doing one of the Huddle Up assemblies at the school where I was bullied,” he remembered. “I brought him, he didn’t realize this, but I called him out at the assembly and gave him an Argo jersey because of his bravery and him speaking up, I was fortunate enough to make the football team. What was amazing is that I didn’t end up playing football from that point, I played that year, we lost our football team, I wanted that sense of belonging again and call it fate, call it what you want, called the Toronto Argonauts and the rest is history. I owe a lot to that guy, Mark.”

“(It’s been great) to see different students reach out to us and say how it’s helping them to become better,” Colero continued. “We’re seeing more and more of that. We’re seeing more kids want to become active allies. I encourage any teacher out there, (or) principal (to) enroll your class into our program.

“Go to MLSEhuddleup.com, be a part of this journey this year, next year and years to come because it’s a journey of change. Be a part of our MLSE family and, again, my Argonaut family.”