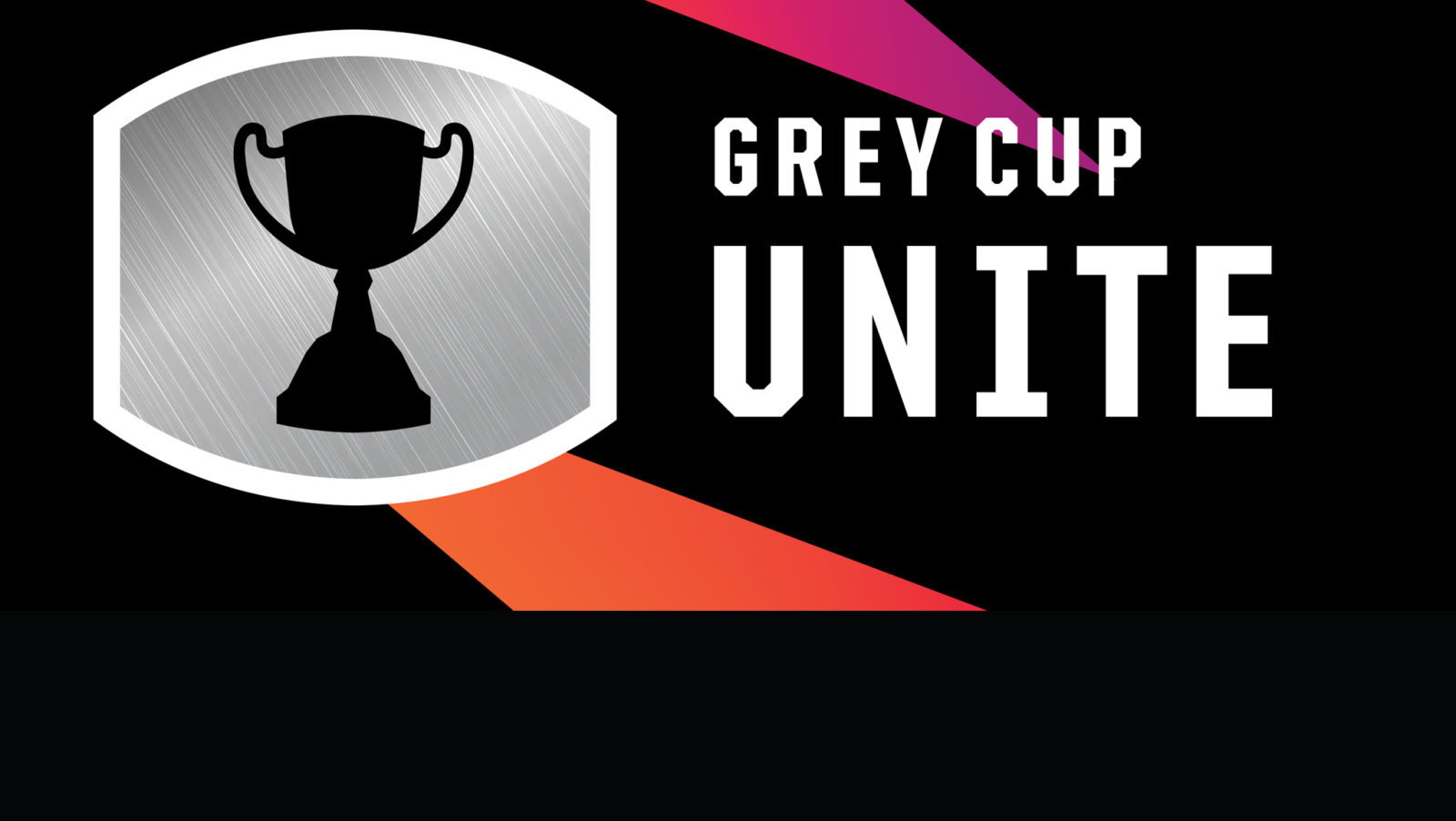 TORONTO –Momentum around Grey Cup Unite is rapidly growing with the free and safe celebration of our game set to start in just four days.

Each of the Canadian Football League’s nine clubs announced their own local events earlier today, adding to those previously announced by the league, bringing the total to almost 40 activities for fans planned for November 16 to 22.

They include virtual tailgate parties, classic Grey Cup traditions such as The Spirit of Edmonton and Touchdown Manitoba, reunions honouring past Grey Cup champion teams and coaching clinics for amateur coaches and players.

“The spirit of Grey Cup is alive and well despite the challenges of 2020,” said Randy Ambrosie, Commissioner of the CFL.

“I want to salute our clubs for leaning in and our partners for getting behind this exciting idea. Most of all, I want to thank our fans. Their response to Grey Cup Unite been overwhelmingly positive. That’s why it’s growing every day.”

The CFL first announced last month that it would host a series of virtual events for fans and the media at the time of year usually highlighted by Grey Cup week. Despite having to cancel its 2020 season because of the COVID-19 pandemic, the league wants to demonstrate the power of Canadian football, and especially the Grey Cup, to bring Canadians together.

Here are just some of the highlights of the schedule for Grey Cup Unite: 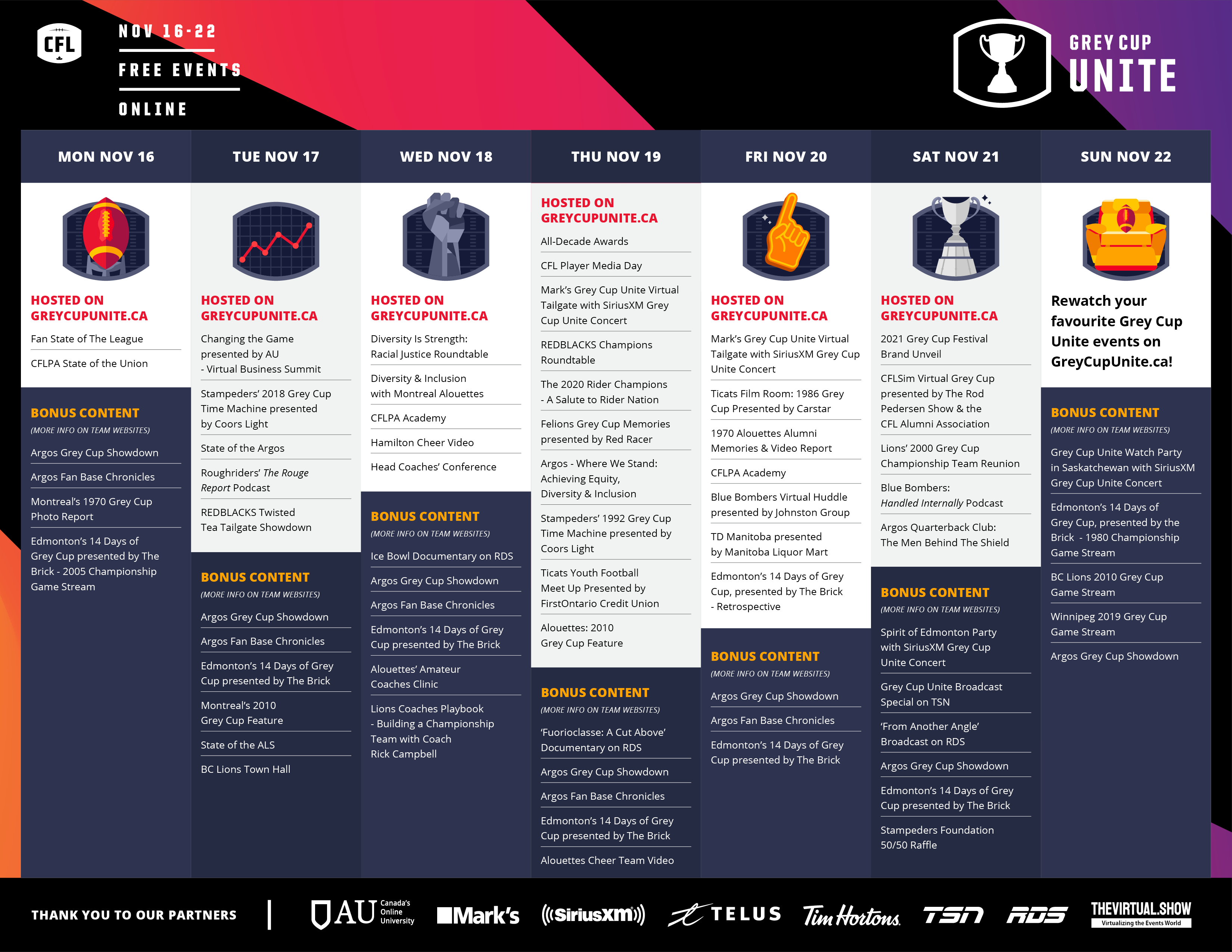