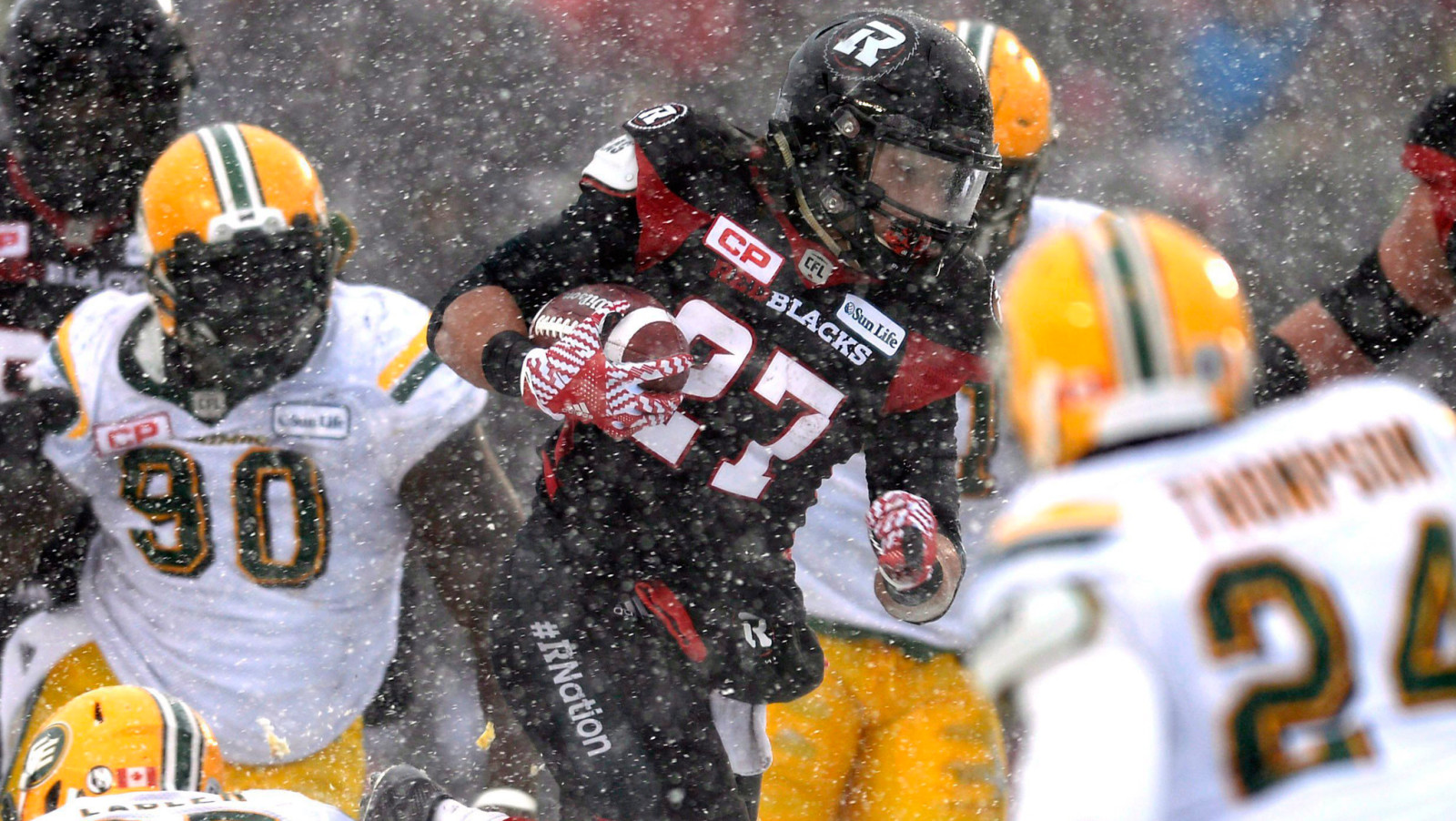 TORONTO — This week would have been the final week of playoffs before the Grey Cup contest at the end of the month with the Division Finals getting underway.

Since we won’t be seeing any live Final action this year, CFL.ca is taking a trip down memory lane instead.

From the Hamilton Tiger-Cats impressive defensive effort in 2019 to Greg Ellingson’s heroics for the Ottawa REDBLACKS in 2015, here is a look back at the last five Eastern Finals.

The Hamilton Tiger-Cats defence was a major factor in this Eastern Final win, as they collected three key turnovers – including interceptions from Richard Leonard and Justin Tuggle and a fumble recovery from Frankie Williams.

Led by quarterback Trevor Harris, who broke a CFL record for the most touchdown passes in a playoff game with six, the Ottawa REDBLACKS defeated the Hamilton Tiger-Cats 46-27 in this Eastern Final.

Diontae Spencer scored two touchdowns for the home team while Marco Dubois, J.C. Beaulieu, Greg Ellingson and Brendan Gillanders all scored one of their own.

The REDBLACKS defence flexed their muscles at TD Place as well, forcing turnovers to set up both of Spencer’s touchdowns. Each of Anthony Cioffi and Jonathan Rose’s interceptions led to Spencer’s major scores. Sherrod Baltimore also picked off Tiger-Cats quarterback Jeremiah Masoli in the contest.

Ricky Ray engineered a near-flawless touchdown drive with under two minutes remaining to send the Argos to the 105th Grey Cup presented by Shaw in this Eastern Final at BMO Field.

Ray was held in check all day and after the Argonauts surrendered an 18-3 lead to fall behind, Ray pieced together a brilliant 10-play, 68-yard possession including a perfect pass to James Wilder Jr. on third-and-five to seal the 25-21 victory against the Roughriders.

Kienan LaFrance made the most of his chance while the Ottawa REDBLACKS survived a late scare, holding on for a 35-23 win over the Edmonton Football Team in this Division Final.

LaFrance carried the weight of the offence after a first-quarter injury to Mossis Madu, rushing for 157 yards and scoring the game-sealing touchdown to put Ottawa in the Grey Cup for the second straight season. Edmonton came within four points of a comeback after once trailing 25-3, but Ottawa’s offence responded in the last two minutes, melted away the clock and scored the game-clinching touchdown in front of 24,248 fans at a snowy TD Place.

This Eastern Final could possibly be one of the most memorable in recent memory.

Greg Ellingson was the hero in this one, scoring the game-winning touchdown in the fourth quarter in epic fashion, helping lead his Ottawa REDBLACKS to a 35-28 victory over the Hamilton Tiger-Cats.