The Boat is Back: Argos set sail with modern take on classic logo 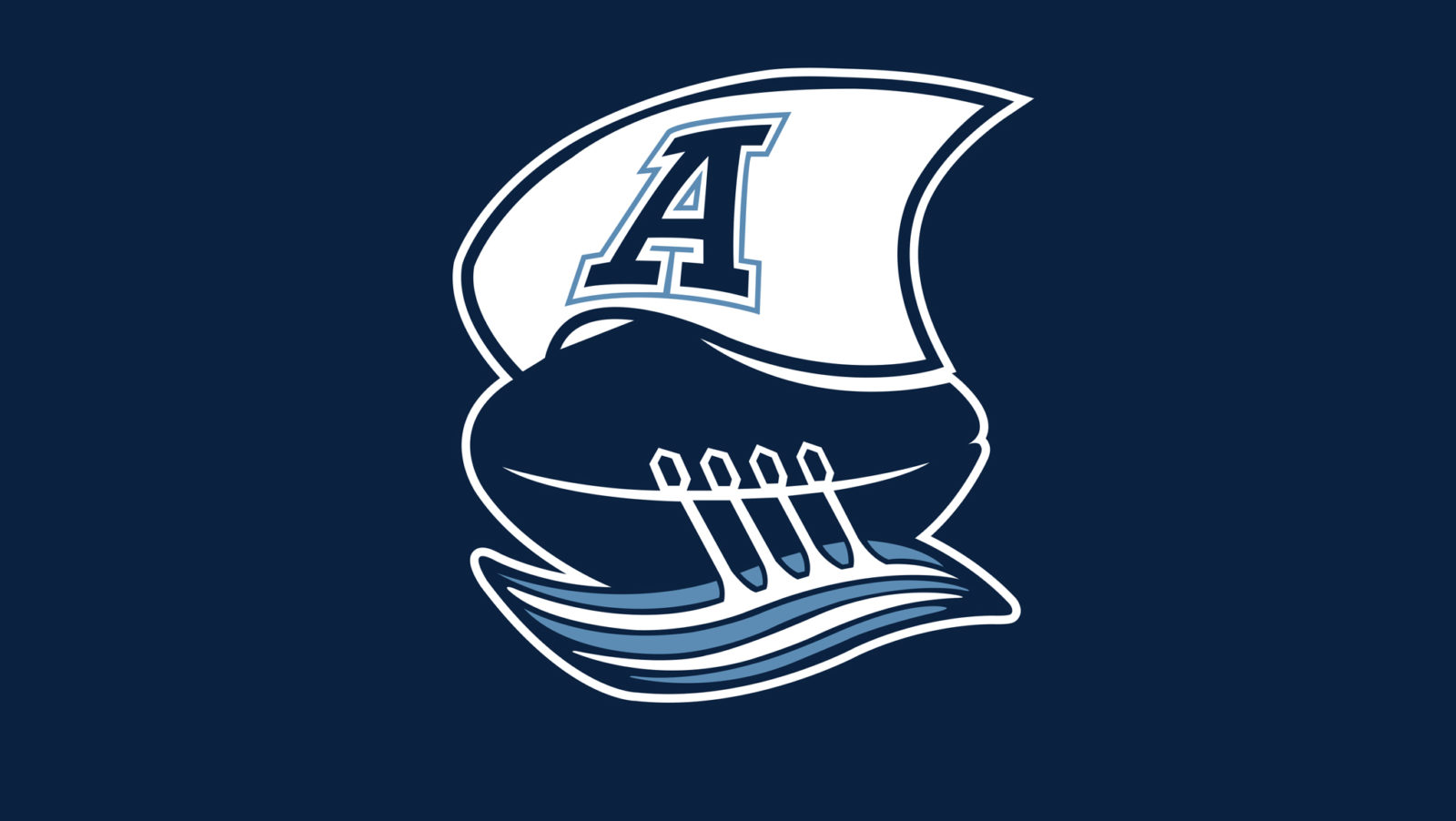 The Boat is Back: Argos set sail with modern take on classic logo

TORONTO — There is no team with a longer history in the Canadian Football League than the Toronto Argonauts and now they have put a modern twist on one of their classic looks, introducing the return of the ‘boat logo’ as their new primary mark.

The boat was included in a number of iteration of the Double Blue’s logos beginning in 1873 when the once-rugby team was founded.  It remained in the primary mark until the late 1980s despite not always being front and centre on the team’s helmet during parts of the 1960s and 1970s.

“We are so excited to bring back a logo that is beloved by so many Toronto Argonauts fans,” said Argos General Manager Michael “Pinball” Clemons. “This contemporary redesign of one of our most iconic emblems reinforces the great tradition of the Argonauts while continuously steering towards the horizon and our future. The boat is back, and our passion lives on!”

This new one version accurately resembles the logo used throughout the 1980s when the Argos catapulted back to prominence under the leadership if head coach Bob O’Billovich, QB Condredge Holloway, WR Terry Greer and OL Dan Ferrone.  This logo served them from 1976 to 1988 before removing the boat and moving to the single ‘A’ which has appeared in their last three logo changes since (often housed by a shield). 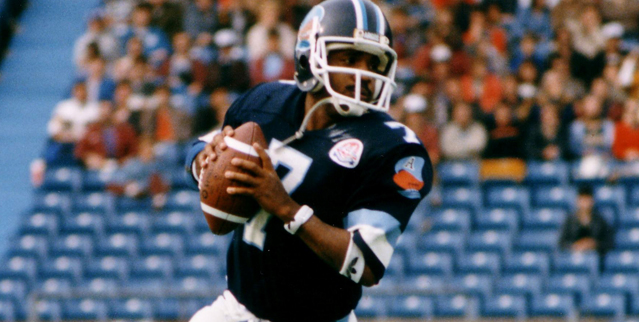 Condredge Holloway drops back for a pass at CNE Stadium in 1983, donning the last version of the Boat Logo that the Toronto Argonauts wore consistently.

The era signified a time where Toronto appeared in three Grey Cups in the 1980s, capturing the 1983 contest — one of their most celebrated — as they ended a 53-year championship drought.

The Argos teased the revised look last season when they donned retro helmets midway through 2019 and stuck with them until the end of the season.

The new logo is a modern refresh combining Cambridge Blue and Oxford Blue, the colourway synonymous with Toronto Argonauts football and a boat which symbolizes the club’s beginning as the Argonaut Rowing Club. The logo exemplifies the team’s “Pull Together” mantra as each oar works in unison propelling the boat forward. A new logo Toronto Argonauts fans of any age will be proud to wear. 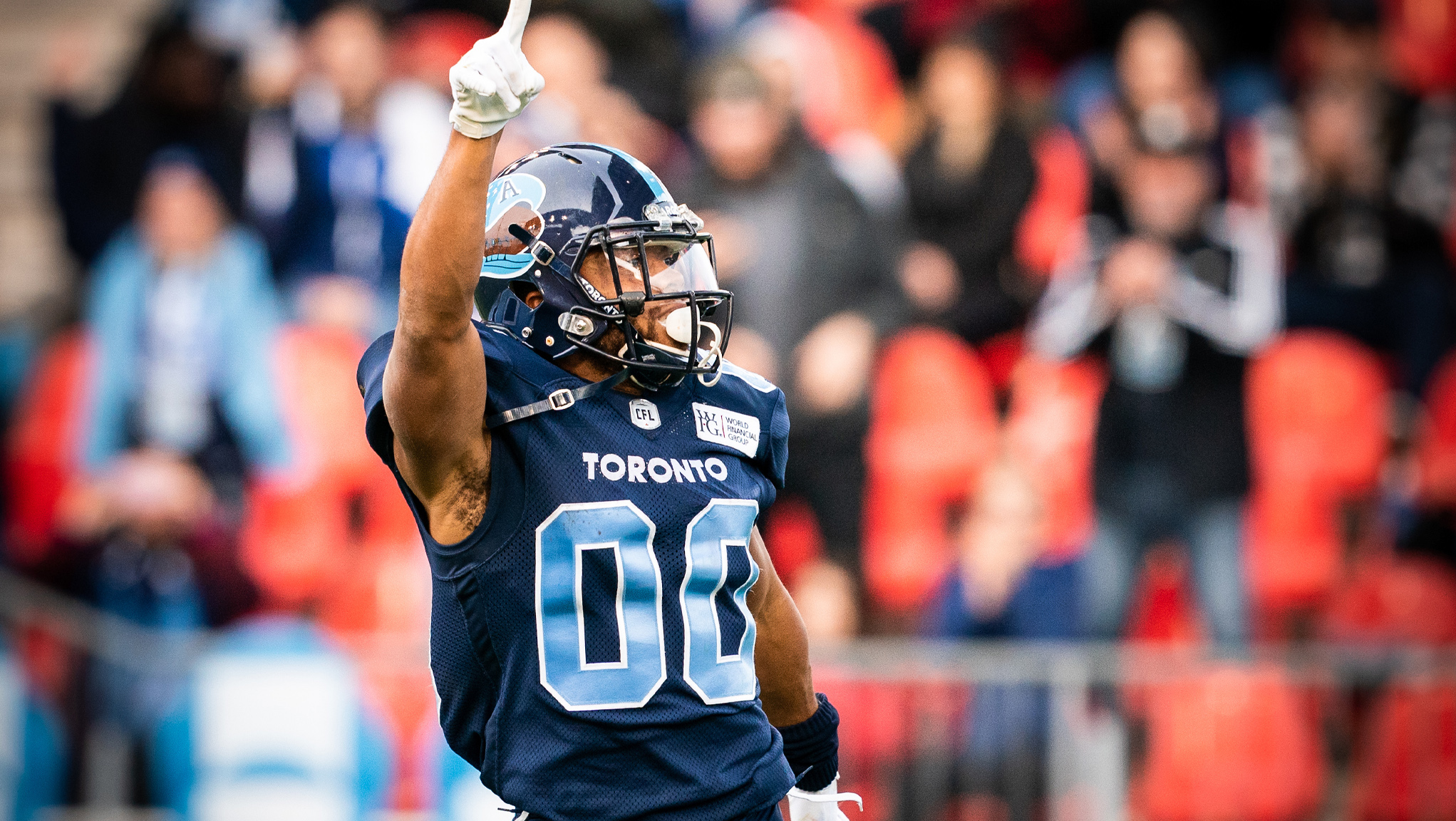 Receiver Chandler Worthy celebrates a big reception in 2019 when the Argos teased a logo change by sporting their throwback 1980s-era Boat Logo.

Fans looking to be the first to sport the new logo can get their hands on New Era hats, t-shirts and hoodies at Real Sports Apparel. CFL Grey Cup Unite merchandise is also available in the RSA shop.