Steinberg’s MMQB: Grey Cup Unite highlights what we love about this week

Steinberg’s MMQB: Grey Cup Unite highlights what we love about this week

Welcome to Grey Cup Unite! For the next week, GreyCupUnite.ca is your headquarters for a free online football experience unlike any other.

In lieu of crowning a 2020 Grey Cup champion, the CFL is celebrating the biggest week of the year including virtual tailgate parties, watch parties, and the unveiling of the All-Decade Team presented by LeoVegas.

The best part of GCU is how it highlights the three things that make Grey Cup week so special in this country.

Yes, every year two groups of fans get to cheer on their teams in the final game of the year. But what makes the Grey Cup so unique is how it also turns into a celebration for CFL fans across the country.

Each host city is lit up with parties like the Spirit of Edmonton or Riderville. Fans across the league descend on one Canadian metropolis to watch the final game of the season, but also to rep their team. It doesn’t matter who’s playing, you’ll see jerseys from all nine CFL teams wherever you go.

A horse shows up in the lobby of a hotel. A guy wore shorts for almost two decades. A group of fans from Baltimore show up to celebrate the Stallions, a team that only played two seasons in the CFL. You’ll see Argos fans partying with Tiger-Cats fans. For these reasons and more, it’s one of the biggest parties in the country every single year.

One-sided games like Winnipeg’s triumph over Hamilton last year are rare. Even then, the win for the Bombers ended a stretch of three decades without a title. Over the last couple decades, the Grey Cup has given us incredible drama on the field, underlining the must-see nature of virtually every CFL game.

In recent memory alone, we’ve had two incredible upsets over the powerhouse Stampeders. Henry Burris led Ottawa to an epic overtime win in 2016. The following year, fellow GOAT candidate Ricky Ray led the way for Toronto in a nail-biter game where we saw two of the biggest plays in Grey Cup history. 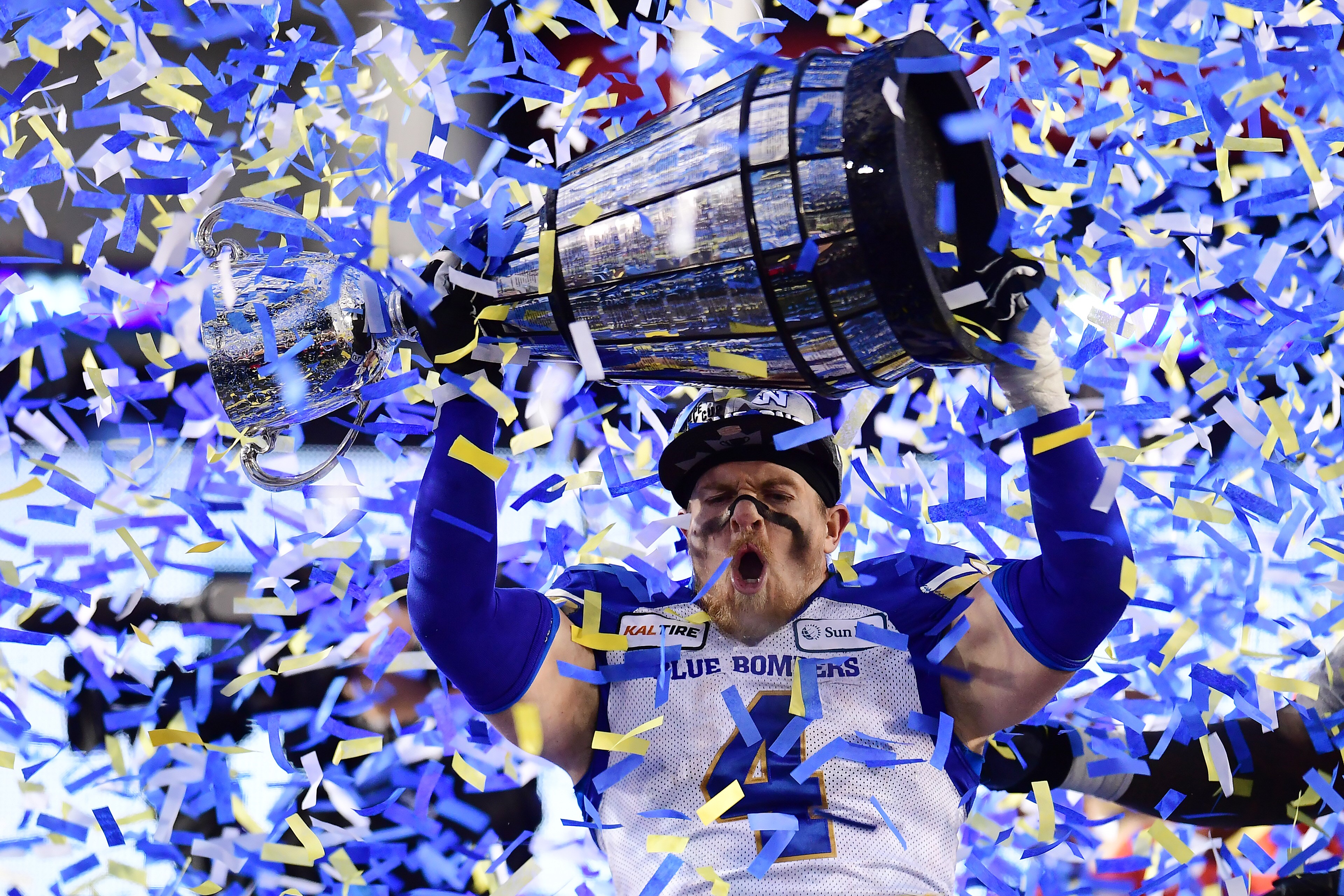 Calgary’s 2014 win over Hamilton looked to be slipping away until a penalty erased an incredible Brandon Banks punt return. Nothing but drama accompanied the last two Grey Cup wins for Montreal, both over the Riders, including the 13th man fiasco in 2009. We’ve been spoiled with exciting, tense, and memorable Grey Cup wins in recent memory.

Andrew Harris made one of the biggest statements in Grey Cup history one year ago. He was the first ever player to earn Grey Cup Most Valuable Player and Most Valuable Canadian honours in the same game. Players like Doug Flutie, Bo Levi Mitchell, Henry Burris, and Ricky Ray have all sealed their legacies with elite performances on the biggest stage.

Well, as part of Grey Cup Unite, we’re celebrating some of the greatest players in CFL history with the unveiling of the first ever All-Decade Team presented by LeoVegas on Thursday. Who will get the nod as first team quarterback? Will Harris pick up another honour and end up as the running back of the decade?

Thursday of this week is also Grey Cup Unite media day with players. In the end, fans wouldn’t be celebrating the league and we wouldn’t be gushing about these incredible finishes if it weren’t for the players on the field.

At this time in a regular year, we’d be looking back on the East and West Division Finals. We’ve got a comprehensive look back at the last five years in each division, but I thought I’d add my two cents on a pair of games that stick out to me in recent memory.

We don’t have to go back too far for this one. First of all, it had everything that makes a game between these two rivals great. It was an absolute defensive slog all afternoon long, as we only saw one offensive touchdown. But just because we didn’t see a ton of explosive plays, it felt like I was on the edge of my seat all day long.

Trailing 20-13 with less than a minute to go, the Riders took over at their own 50 for their final possession. Quarterback Cody Fajardo completed a pair of passes to get his team to the five before his final pass attempt clanked off the crossbar en route to Kyran Moore. It was a heartbreaking finish for Saskatchewan, but it truly was another great chapter in this rivalry.

Two things added to the intrigue. Fajardo further endeared himself to Riders fans by playing through not one but two torn oblique muscles and still coming within a few yards of overtime. On the winning side, it was a third straight win for the Bombers, all with newcomer Zach Collaros at quarterback. It would culminate with a Grey Cup win one week later.

I’m really not meaning to bring up bad memories for Riders fans. But this East Division Final featured an incredible fourth quarter and one of the most intense final drives I can remember. It all started, though, with a great comeback to even make the final 15 minutes interesting.

The Argos led 18-3 going into the fourth frame before Brandon Bridge came alive. In at quarterback for the struggling Kevin Glenn, Bridge led a pair of scoring drives to get Saskatchewan within five points. All of a sudden, a 79-yard punt return touchdown from Christion Jones and a successful two-point conversion had the Riders up 21-18 with than less than three minutes to go.

That’s when Ricky Ray took over for Toronto. With the game on the line on third and five at the Saskatchewan 40, Ray completed one of the gutsiest play calls I’ve ever seen: a 20-yard wheel route to James Wilder Jr. A couple plays later, Ray hit Armanti Edwards for 17 more to set up a quarterback sneak and a game winning score. The Argos would go on to upset Calgary in the Grey Cup the following Sunday.