Ferguson: Why Bo edged out Ricky in the All-Decade voting 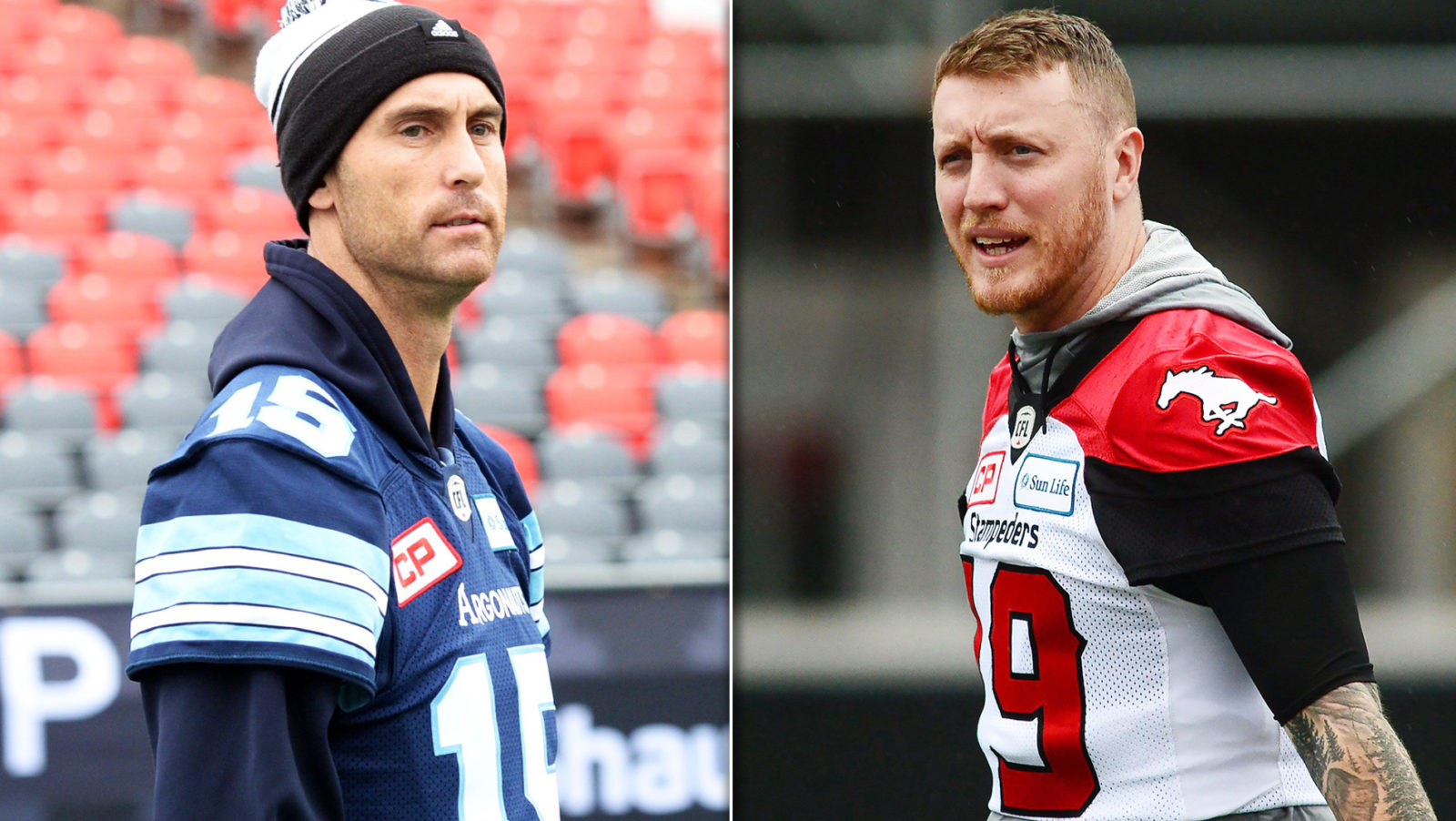 Ferguson: Why Bo edged out Ricky in the All-Decade voting

Back in July I wrote about the CFL All-Decade team being a vote less about pure numbers and more about how you interpret them.

Based on how you like to watch football and what you appreciate in the games you watch, your vote would support certain players over others.

There was no doubting for a second that Mitchell was the front runner for this honour — as he is for most awards — but for the sake of due diligence I tried to poke holes in Bo’s CFL career resume, just to see if there was wiggle room anywhere to challenge his nearly full-decade perch on top of the league.

The best possible case to make was Ricky Ray, a man whose career spans two decades, either of which are Canadian Football Hall of Fame worthy.

Ricky is a tough study subject because you want to define his game and put him in a box with a label, nice and tidy so you can push it off to the side; but his game had a bit of everything.

» Votes Are In: CFL unveils All-Decade Team
» Fans vote decade’s first game as its best
» Landry: A number of CFL greats will be left off ADT list
» Steinberg: Unraveling the story of an All-Decade QB

The accuracy was unquestionable on those legendary corner throws and he’ll be best remembered for his efficiency and completion percentage. Then you examine his masterpiece 2012 Grey Cup championship season or the iconic 2013 that followed and you have to respect that he was much more than just ‘efficient’.

In fact, Ray has a higher percentage of games started where he passed for 300-plus yards (40.0 per cent) than Mitchell (35.1 per cent) and led the CFL in passing yardage (once) more than Bo Levi Mitchell (none).

He produced, he won and he did it in two very different places and situations, so why can’t his Argo years be recognized as the best of the decade?

I believe consistent winning and the golden glow that comes with victories is the difference.

Ray has a career winning percentage of .467 while Mitchell ranks amongst the all-time winningest CFL passers at .804.

The culmination of Mitchell’s rookie season serves as a unique moment in these two passers’ CFL history for me.

It’s garbage time in the 100th Grey Cup. Ray is handing the ball off to kill clock en route to his third CFL ring. Mitchell entered as a backup for Calgary, one of his first moments on the CFL’s biggest stage which he would come to know so well over the next eight seasons.

Despite Ray winning his fourth and final Grey Cup over Mitchell in 2017, I believe on that 2012 November night in Toronto, the CFL torch was passed from Ray to Mitchell. You can argue that’s not possible because of Ray’s fantastic 2013 where he threw 21 touchdowns to just 2 interceptions or Mitchell having to battle for the starting job uphill against Drew Tate and Kevin Glenn, or that a torch couldn’t have been passed five years before the master would beat the student again. To which I remind you 2017 was a game won by one big throw to DeVier Posey and a defensive touchdown for Toronto while Mitchell and the Calgary offence largely owned the evening in both time of possession (in the first chart) and in yardage accumulation (in the second chart)

To me, Mitchell’s decade was about consistency, production and playmaking. Yes, you can say it was defined by missed opportunities to cement his legacy in 2016 and 2017, but he was there year-in and year-out which is more than anyone else can say, including Ray.

There is a sadness in the full circle nature of these two legendary careers as well. While Mitchell’s journey began against Ray, Ray’s ended against Mitchell after sustaining a neck injury in June of 2018. Forever intertwined the only question now is can Mitchell accomplish what Ray did in winning two Grey Cups in one decade, only to win another two the next?

2018 is the most recent championship of Bo Levi Mitchell’s career, but don’t think for a second it’s his last. Sure to add more hardware to his overflowing treasure cabinet so long as he stays healthy, Bo will have to make room now for the honour of being the CFL’s quarterback of the decade as he prepares to attack the next decade much the same way Ray did.