Arguably the most powerful moment in the Diversity Is Strength: Racial Justice Roundtable was provided by Vontae Diggs.

The Edmonton linebacker recalled walking into a restaurant in Muncie, Indiana on his way to a visit with Ball State University. He was with a friend and the friend’s father. Three Black men in an all-white restaurant. Diggs felt like the place froze when they walked in.

“We’re sitting there looking around and when I tell you, you can hear a mouse walking in that place,” he told his fellow panelists, a collection of CFL players and coaches. “It was one of the most freakishly scary moments of my life where I really for a second did not think we were going to walk out. The look of disgust was on every single person’s face in that facility.”

Diggs remembers the friend’s father taking both of their hands and walking them out to make sure they were safe.

“That was one of my first moments, in Muncie, to see an adult go through that experience,” Diggs said. “I’d never had an adult feel what I felt in my stomach, feel that pain in my chest, that words-get-stuck-in-your-throat kind of moment.” 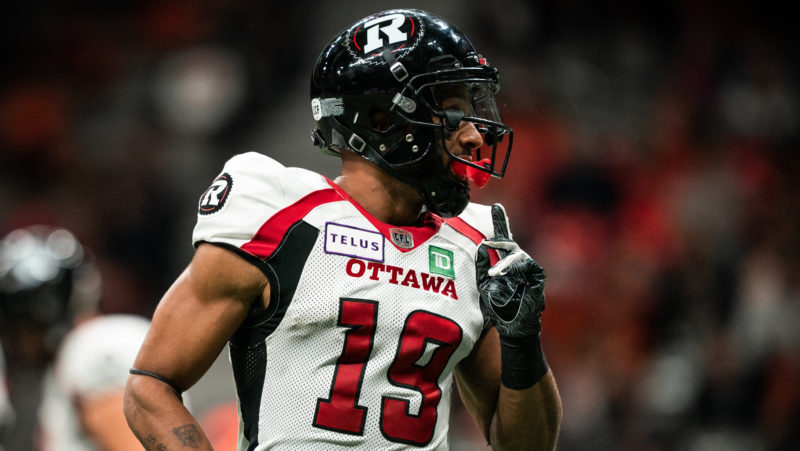 Former REDBLACKS receiver Nate Behar was a member of the panel on the Diversity Is Strength Racial Justice Roundtable (Johany Jutras/CFL.ca)

Hosting the roundtable, Donnovan Bennett had a view that those of us watching online weren’t privy to.

“I had all the faces in front of me,” said Bennett, who works for Sportsnet and hosts the CFL’s podcast, The Waggle.

“If you really think about it, Black people are the only people who are designated in a sense based off of their skin colour. We say white, but the term is Caucasian and we use ethnic background (to describe) if you’re white.

“Black people, you’re Black no matter what your actual background is and those backgrounds are very different.”

Bennett lists off people of West Indian descent, that are from America or Canada. He mentions the 54 countries that make up all of Africa and the cultural and language differences and the varied customs and values that exist between them all. And yet, Black people are lumped together.

“I was well aware that we’re not a monolith,” he continued, “but I was struck by the communal pain that we suffer because the world treats us the same.”

The racial justice roundtable aired last Wednesday during the CFL’s Grey Cup Unite week. Put together by the CFL and the CFLPA, the panel shared its experiences with prejudice and discrimination and shared their thoughts on what the racial climate in 2020 has been like while looking to the future.

Bennett would like this to be the first in a varied series of panels. He sees room for discussion on other topics that fall under the Diversity Is Strength banner.

“Whether it’s the LGBTQ+ community, or whether it’s women in sport or football specifically. Whether it’s about youth football, which is somewhat under threat. Maybe that’s not so much of an urgent topic but I think one worth discussing and the health and safety of players,” he said.

“There are a lot of ways (to use) the platform that the league has and one of its intrinsic advantages to me is the openness and the honesty and the wisdom of the players and people tied to the league. I think there are a lot of topics that would benefit having a light shed on.

“I hope I’m hosting more of these in the future but to be quite honest I hope I’m not. I hope there are a bunch of these that happen that have nothing to do with me because they’re not issues that I’m the best to lead or that I have an authentic voice on. Someone else could be in that host chair and I could watch and learn. I’d love to see a commitment to having this conversation regularly but I think it’s a great template for having some other important conversations as well.”

Bennett and I spoke at length about the panel and conversations it created after it aired. I’ve included the best of that exchange below. Our conversation has been edited for length and clarity.

Chris O’Leary: You mentioned how you saw everyone on that panel react in a similar way to Vontae Diggs’ story. It’s incredible to me and also sad that despite all of the differences that a group of people on a panel like this will have, they all knew that feeling and that pain. It’s a timeless thing and seeing them react to it and hearing what you saw, that really hits hard.

Donnovan Bennett: For sure, and they’ve been socialized in the same way both from society, but also from their own family. I did an IG live (last week) with Solomon Elimimian. I shared with him and I’ve since gotten a bunch of DMs from people that saw it saying that they understood, I spoke to the fact that as a kid when the news would come on when I’d spend time with my grandparents. Some crime had been committed and the suspect is being described and before they got that far in the prompter read, my grandparents would say, ‘Please, Lord, let it not be a Black person.’

As a kid you’re a sponge, you pick up all that stuff even though they probably don’t realize it. I was aware from that…even though whatever the crime, how petty or heinous it was, it would not be any better in the aggregate if a Black person committed a crime in relation to whoever else — it’s still terrible that someone committed a crime and terrible for the people that it was committed against — I was aware that the difference is that if it was a Black person that it would impact other Black people, because we’re often judged by our worst and not our best.

Sharing stuff like that and having people connect with it and understand it shows that similarity and experience that we all can relate to.

CO: It came up during the coaches calls during Grey Cup Unite that the panel was solely Black players and coaches. I think it’s a question that will inevitably come up either way, if it’s solely one group or mixed, but what did you think of that?

DB: I think certainly, there was a desire to centre this conversation around Black people and their voices. I kind of said to the guys, you know, we always come to you after your triumphs to get comments from you after you’ve had a great performance. But I think it’s also important to allow them to speak and have a platform when things aren’t so great and rosy and positive.

To me, I think the toughest thing was narrowing it down to which Black speakers we would talk to, because there are so many smart guys in the league that have a real voice. But it is true that it’s an unfair burden for the oppressed to find solutions for the oppressor and for Black groups to always talk about this. I explained to the panel that if we talk about the COVID-19 pandemic and we’re trying to find a cure we’re not just going to have people who suffer from COVID-19 on the panel. We’d have doctors and lawyers, we’d have politicians, epidemiologists and scientists…it wouldn’t just be (the patients).

Vontae Diggs really pushed back on that, which I think was one of the best parts of the conversation. Not because he disagreed, just because he was honest. He felt the opposite. I will say that there’s room for those discussions to be had within locker rooms or within households or within occupations where non-Black people, I’m not even saying white people, but non-Black people certainly should have the conversation.

I’d love, to be honest, to have another panel with nine white players talking about the issue, because certainly the solutions shouldn’t just come from Black players and coaches. I don’t think there’s a wrong answer there. I think part of this moment is for Black people to have the opportunity to be heard in a real, authentic way. 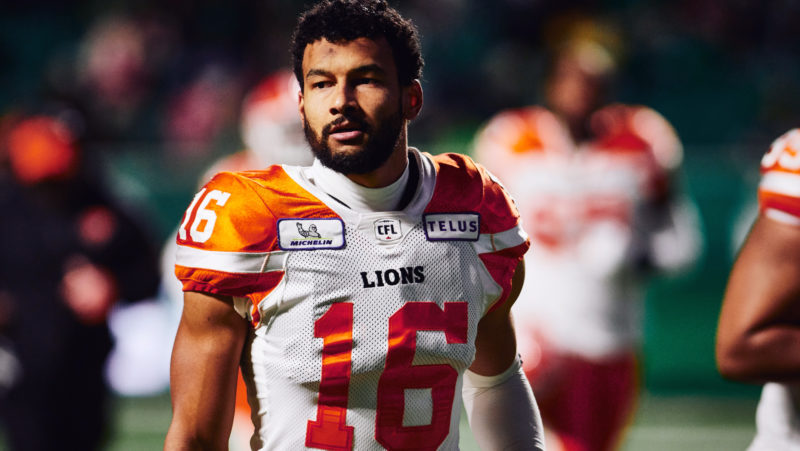 CO: That leads into my last question. A thing that came up during the NBA’s shutdown in the playoffs was that it got to a point where Black athletes were sharing their traumas with the media on a daily basis and there was a sense that some players had had enough of that part of the conversation. I know you’ve written about the exhaustion that can come from being the voice on this issue. What do you think is the next natural step here? Is it for non-Black media, for allies to carry that conversation forward into action? How do we avoid exhaustion?

DB: Creating awareness alone is somewhat useless unless there’s a vehicle to create change from that awareness, right? If everyone’s aware, but nothing is done to change it that’s not really good for anybody.

That’s why I’m overly outcome-focused and whether that outcome is because of goodwill or a guilty conscience or PR, I don’t really care. I just want a positive outcome. I think once you have that level of sustained awareness, because people often when this topic is trending, really care or really want to talk about it on their radio shares and it goes away. I think sustained awareness is helpful to keep it front of mind for the cause.

I think what has to happen is that there are actually some tangible ways to make some change, so that you’re not just reopening those wounds for no reason. Whether that comes from individual actors doing what they can on the ground floor and in their lives, firstly and then beyond. Leagues, organizations, broadcasters, individual teams, putting together some tangible actions and also putting together ways that you can kind of keep an accounting on how things are going but also how they are helping or not helping the scenario, I think is important.