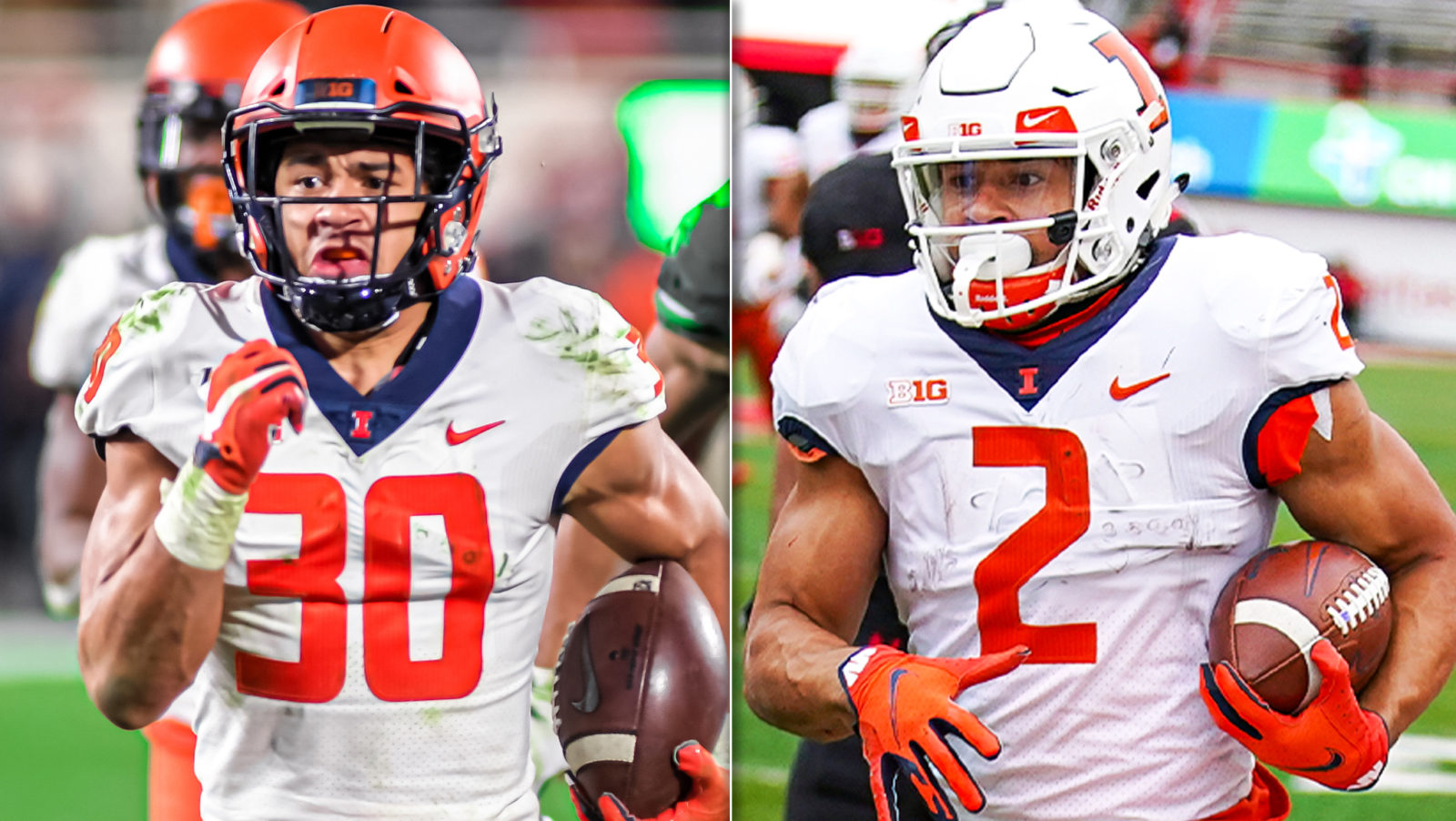 There was one thing that twin brothers Chase and Sydney Brown would daydream about when they were kids.

Growing up in London, Ont., the pair imagined suiting up on the same football team, unbeknownst to them if that dream would ever actually come true.

Fast forward to present day, the wishes of their childhood selves have become a reality, as both Sydney and Chase are playing in the NCAA, suiting up together at Illinois.

“It’s a dream,” said Sydney on a video conference call in November. “It’s what we dreamed of as kids. Now having (Chase) come here, it’s been like having a piece of home here in Illinois.”

RELATED
» Costabile: Kurtis Rourke no stranger to following in brother’s footsteps
» Alberta’s Ajou making a name for himself at Clemson
» Jana on nameless jersey: ‘I represent those people who have been forgotten’

That dream of playing together almost didn’t come true after Chase had decided to take his talents to Western Michigan. The running back had received around 25 offers from NCAA teams but decided to go where he could take an aviation course, splitting the twins that had done almost everything together for their entire lives in two.

Things didn’t work out for Chase at his new school, however, and as fate would have it, the opportunity to reunite with his brother appeared.

“When I got the Illinois offer I knew I wanted to come here because I’d have the opportunity to play with my brother,” said Chase, who spoke to reporters on the video conference call before his twin. “We dreamed of playing NCAA football together when we were kids and when I finally enrolled here, I just felt like I was at home.”

The year apart was challenging for both of them. Not having the person they leaned on for support or pushed them to become the best version of themselves was hard for them to get used to. Phone calls and texts were all they had to feel connected to each other as they lived in different states.

“We are so close, he’s my best friend. I don’t even have to think twice about that,” said Chase. “We spent our first 18 years together and then when I spent one year away and we were checking in with each other. Maybe the first couple of months away we were calling each other maybe every night. As we got used to being away from each other it became a weekly thing.”

For Sydney, the year break from each other was a difficult one to wrap his head around. On one hand, he wanted to stay with his brother throughout their football careers. But on the other, he wanted to support Chase in whatever decision he settled on, even if that meant going to a different school.

“It was tough,” said Sydney, who compared the year apart from Chase to losing a piece of himself. “I wanted him to do what he wanted to do. If that was to go anywhere in America, that’s his choice, but it was tough being away from him for that first year because we were so tight, especially in high school.”

They were so close in high school that that decided to leave their home in Ontario to go down to the United States together. After their first two years at London South Collegiate Institute, Chase and Sydney had talked about the prospect of going down south to finish up their high school careers. Chatter and hopes is all it would end up being until after their sophomore year. That’s when the opportunity arose to play at St. Stephens Episcopal in Florida.

“It changed our lives,” Chase said of his experience playing in Florida. “We met so many good people and we were introduced to so many people that had a huge impact on our lives, especially our last two years, as far as helping academically and making sure that we’re on the right path to get to our goals one day.”

After arriving in Illinois in 2019, Chase played in four games before redshirting for the rest of the season. This year, he has become a major piece of the team’s offence as part of the running back rotation and playing in all six games. The five-foot-11, 196-pounder notched back-to-back 100+ yard games against Nebraska and Rutgers while also scoring twice, his first touchdowns of the season, against Nebraska.

Sydney has also played in all six games after solidifying himself as a starter in the defensive back field. The six-foot, 200-pounder has tallied 36 total tackles and recorded his first career forced fumble against Wisconsin. 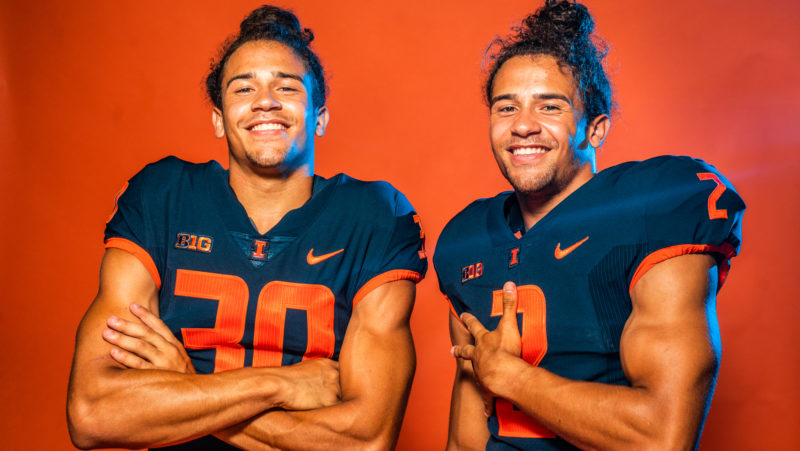 Chase says the success they’ve both had in 2020 has been made possible thanks to a gym they constructed in their garage at home in London after the pandemic hit in the spring, along with being together for motivation.

“We had a little bit of money saved up but we told each other that we wanted to prepare for this season and the best way to do it would be to put our own little gym together in our garage,” said Chase. “We did just that and it played a huge role into this 2020 season and I’m just grateful that we had the support and the opportunity to put that together.”

“Having somebody that wants to be great around you on a daily basis and pushes you not only physically but mentally, that was key to our success this off-season because we were able to push each other and we saw so much growth,” he continued. “That’s what helped the most.”

Interestingly enough as both are finding success on opposite sides of the ball, they started out their football careers in each other’s shoes. Chase began as a defensive end while Sydney played running back. So, who’s the better one to carry the rock? Sydney has no doubt who is the better offensive player.

“Me, obviously,” Sydney grinned. “No, Chase is doing a great job right now. He’s been able to show what I know he’s been able to do since he was a kid. It’s been really exciting to see him go out there on Saturdays and show off his talent on the field.”

That competitiveness and insistence to one-up the other started when they were kids and has been brought with them all the way to their professional football careers as their life-long dreams have finally come true.

“We get to compete on a daily basis, it’s awesome,” Chase said with a grin. “I get to see him at practice every single day. Sometimes it gets chippy but that’s just the competitive nature of the sport and us.”.