The CFL unveiled, the Grey Cup On Demand Portal powered by Mark’s, a new one-stop platform that will allow fans to watch Grey Cup games on demand for free on CFL.ca. Nearly 70 Grey Cup games will be available from the 1950’s to the 107th Grey Cup in Calgary, beginning January 28, 2021.

“Our team is excited to partner with Mark’s for this project and I know our fans will really enjoy it as well. This initiative will give fans unprecedented access to watch their favourite team and players in Grey Cup games, “said CFL Commissioner, Randy Ambrosie. “Fans will be able to turn back the clock and watch some of the greatest Grey Cups including the 1962 Fog Bowl, The Catch in 1976, Warren Moon leading Edmonton back in the second half in 1981, watching Rocket Ismail running down the sideline in Winnipeg in 1991 and many more.”

Below is the publishing schedule for the Grey Cup On Demand Portal powered by Mark’s. New games will be released every two weeks between January 28thto April 22nd.

Below is a list of Grey Cup games that will be made available through the Grey Cup on Demand Portal powered by Mark’s: 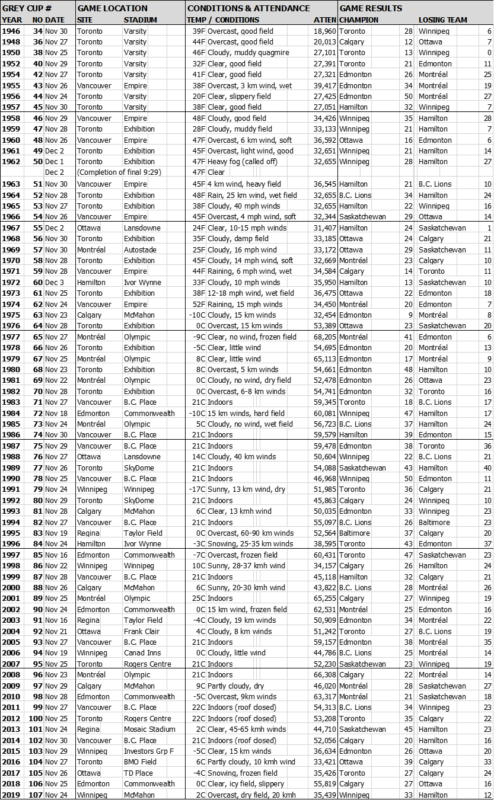