Campbell on co-GMs in BC: ‘This is going to work really well’ 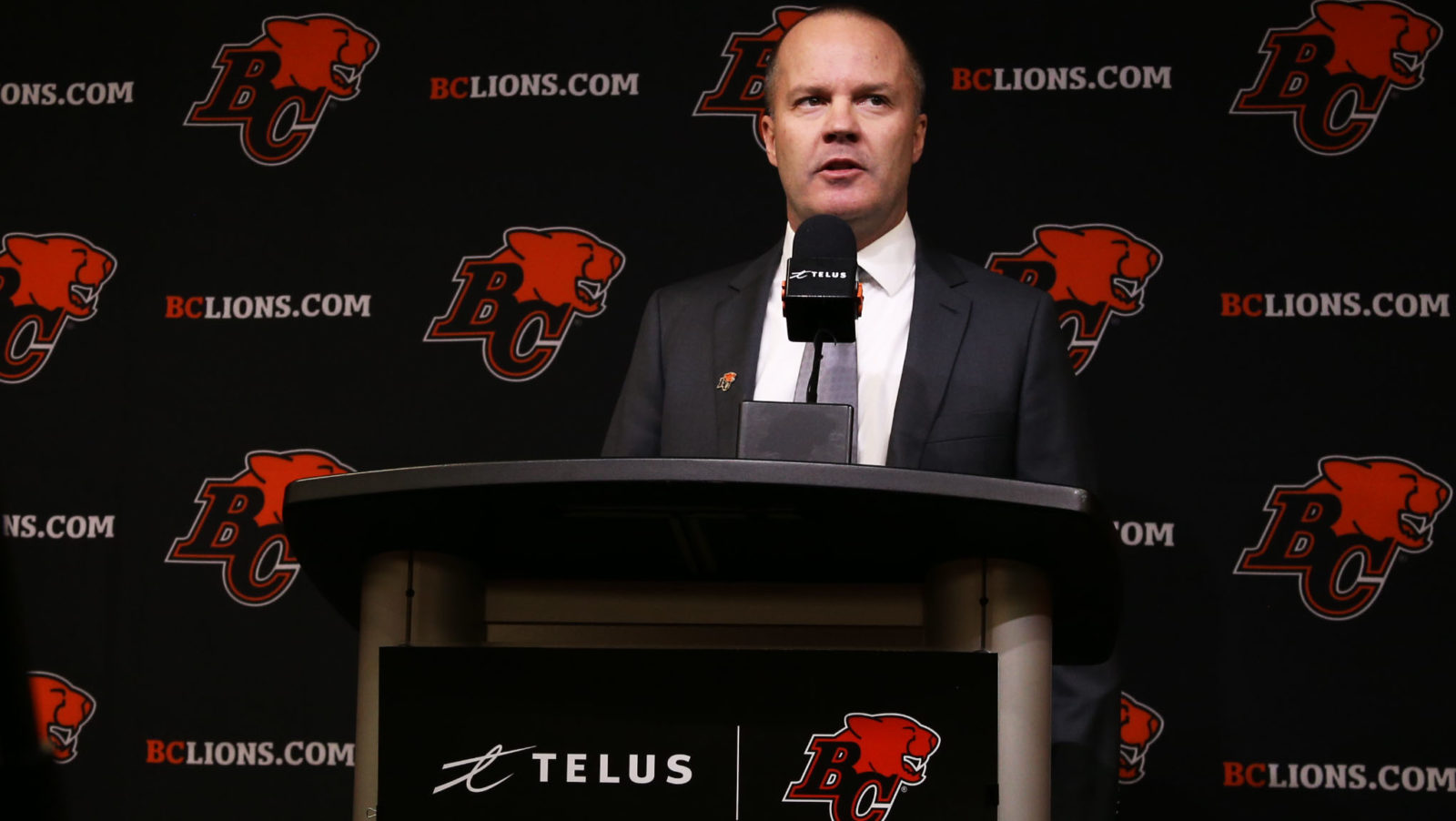 Campbell on co-GMs in BC: ‘This is going to work really well’

VANCOUVER — For Neil McEvoy, becoming the co-general manager of the BC Lions is fulfilling a lifelong dream.

McEvoy, who grew up in the Vancouver area, used to attend Lions games, dreaming of one day working for the team. Who knew that many years later, he would make his way up the ranks and through the front office in a number of different capacities to finally be named one of the team’s general managers.

“I’m not sure you can say that about any other general manager with the BC Lions that when they were younger, this was the position they wanted,” McEvoy told members of the media in a virtual press conference on Monday. “This was the position I have wanted since I was a young man and a young kid going to BC Lions games and first realized that there are other positions within a professional sports organization than just being a player.

“I found out really quick, earlier on in my football career that becoming a professional athlete is probably not going to happen but there are other jobs within the BC Lions and the professional sports landscape.”

Along with McEvoy, Rick Campbell was also named a co-GM and the pair will work together to lead the Lions in 2021.

“Neil knows this league inside and out,” exclaimed Campbell. “He knows the BC Lions and this community inside and out. He understands everything from contracts and negotiation lists and all that type of stuff, it’s not a learning process, it’s something that he knows how to do. I’m not as expert in that as he is, but Ive bene around a long time in this league. I know how the league works. I think that between both of us having a lot of knowledge and understanding how the league works, I think that’s going to be good.”

Campbell and McEvoy were named the co-GMs on Dec. 7, the same day that the Lions announced the rest of their coaching staff. Along with Campbell, eight members of the staff that were hired ahead of the 2020 season were retained.

“It’s a big deal to be able to retain these guys,” Campbell said of the 2021 coaching staff. “Guys I’ve wanted to bring to BC when I came here. Just to have that continuity, even though we didn’t play this year, having the continuity of getting to know each other. We’ve done playbook work. Things like that. That’s going to be a big plus moving forward.”

Along with keeping the coaching staff together, Campbell and McEvoy want to keep the players on the field the same as well. Bryan Burnham and Micah Johnson top the long list of BC’s pending free agents as they both hold expiring contracts.

“If you would have had this conference in March of 2020, we would have said that as a group we really liked our football team,” said McEvoy. “We really liked the direction our staff was going, coaching wise, football operation wise. Starting today we’re going to start working on getting all those guys retained, the players that we felt were going to help us in 2021 and build the best football team we can.”

Campbell is adding general manager to his already full plate after he was named the team’s head coach and defensive coordinator in December of last year. There’s no need for Lions fans to worry, however, since he says his plate isn’t overflowing.

“I wanted to make sure I was putting myself in a good position and not wearing too many hats or however you want to say that, ” admitted Campbell. “The original plan was for me to be the head coach and the defensive coordinator, which I was very much looking forward to. It’s my background and was totally looking forward to that side of it. Then just the way that Neil and I work, I think it works really well. I think we compliment each other really well as far as our skillsets and what we do. I was cognizant of that but I’m comfortable with how the whole thing’s going to be set up and how it’s going to work out.”

With the prospect and hope of CFL football returning in 2021, both Campbell and McEvoy are eagerly anticipating their new positions and shaping the Lions into the best team they can.

“I’m excited,” Campbell said. “I think this is going to work really well from the co-GM point of view. I really enjoy working with Neil. I’ve always found on a football team that the personnel department and the coaches are really working hand in hand that’s a really good thing and that’s going to actually happen with the way we’re set up.”

“Like Rick said, we’ve worked well together and we’ll continue to work well together,” added McEvoy. “It’s an exciting day for all of us personally and an exciting day for the BC Lions moving forward for 2021. I think we had big expectations for 2020 and we’ll just continue moving forward like we have been and building a bigger and better football team as we all work together to get this all going.”