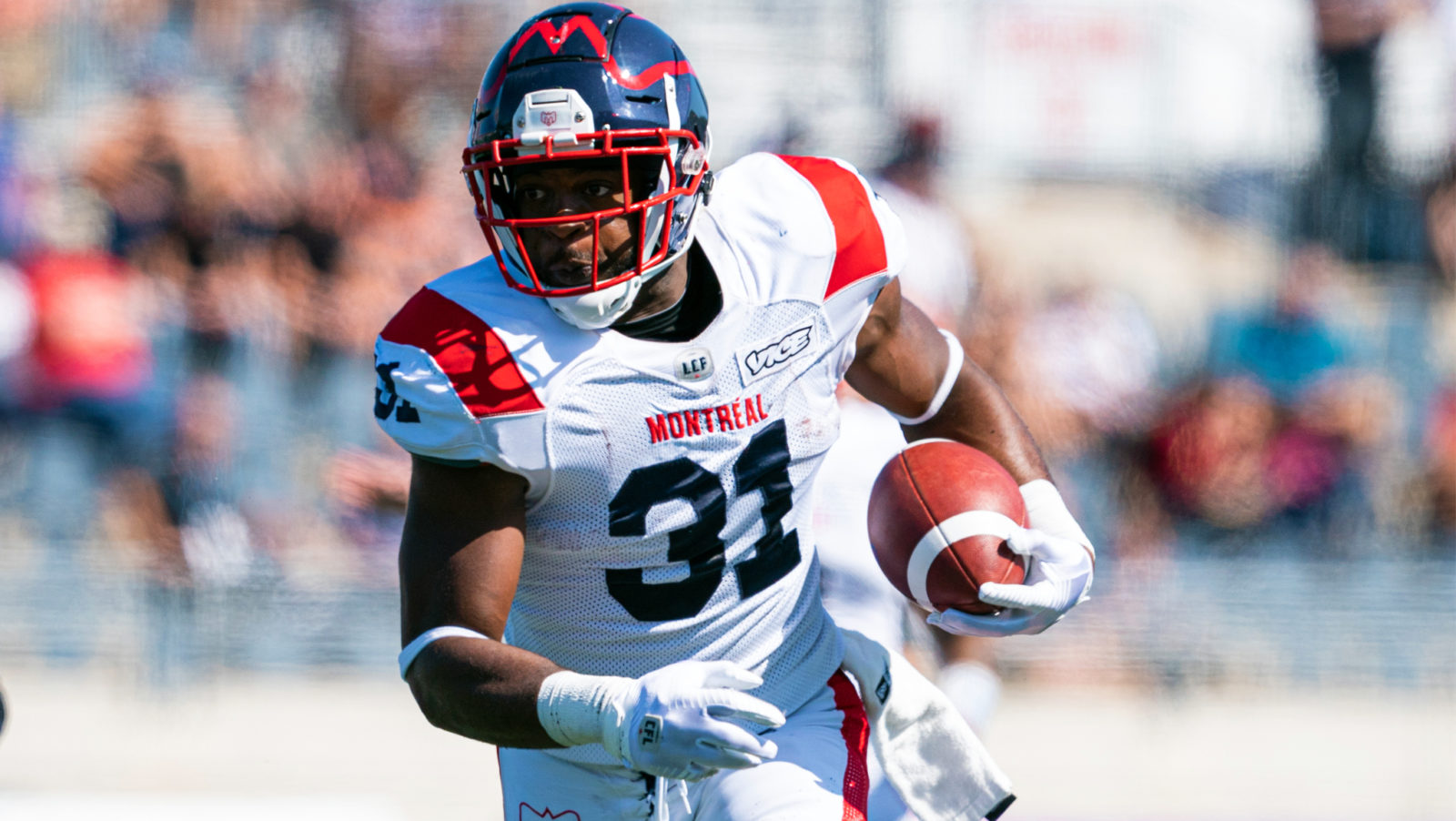 MONTREAL – The Montreal Alouettes announced on Monday that the club has signed running back William Stanback to a new two-year contract.

Stanback returns to the Alouettes after a brief stint with the Las Vegas Raiders of the NFL after being granted his release by Montreal last January.

“We are extremely happy that William chose to return to Montreal and be a part of the nucleus of our players for the upcoming seasons,” said Alouettes General Manager Danny Maciocia. “His return will allow us to continue offering our fans exciting and spectacular football, all while bolstering our offence with a good dose of talent and energy.”

In his second season in the CFL, in 2019, Stanback reached the 1,000 rushing yards plateau as he finished the season with 1,048 rushing yards on 170 carries, while crossing the goal line five times. The 25-year-old also caught 33 passes for 329 yards.

The Hempstead, N.Y. native maintained a CFL leading 6.2 yards per carry average. On July 21, against the Hamilton Tiger-Cats, he carried the ball 22 times for gains of 203 yards while adding 46 yards on one reception, allowing him to complete his day with 249 total yards.

The Alouettes also announced that the team has signed American defensive lineman Chris Favoroso to a two-year deal.