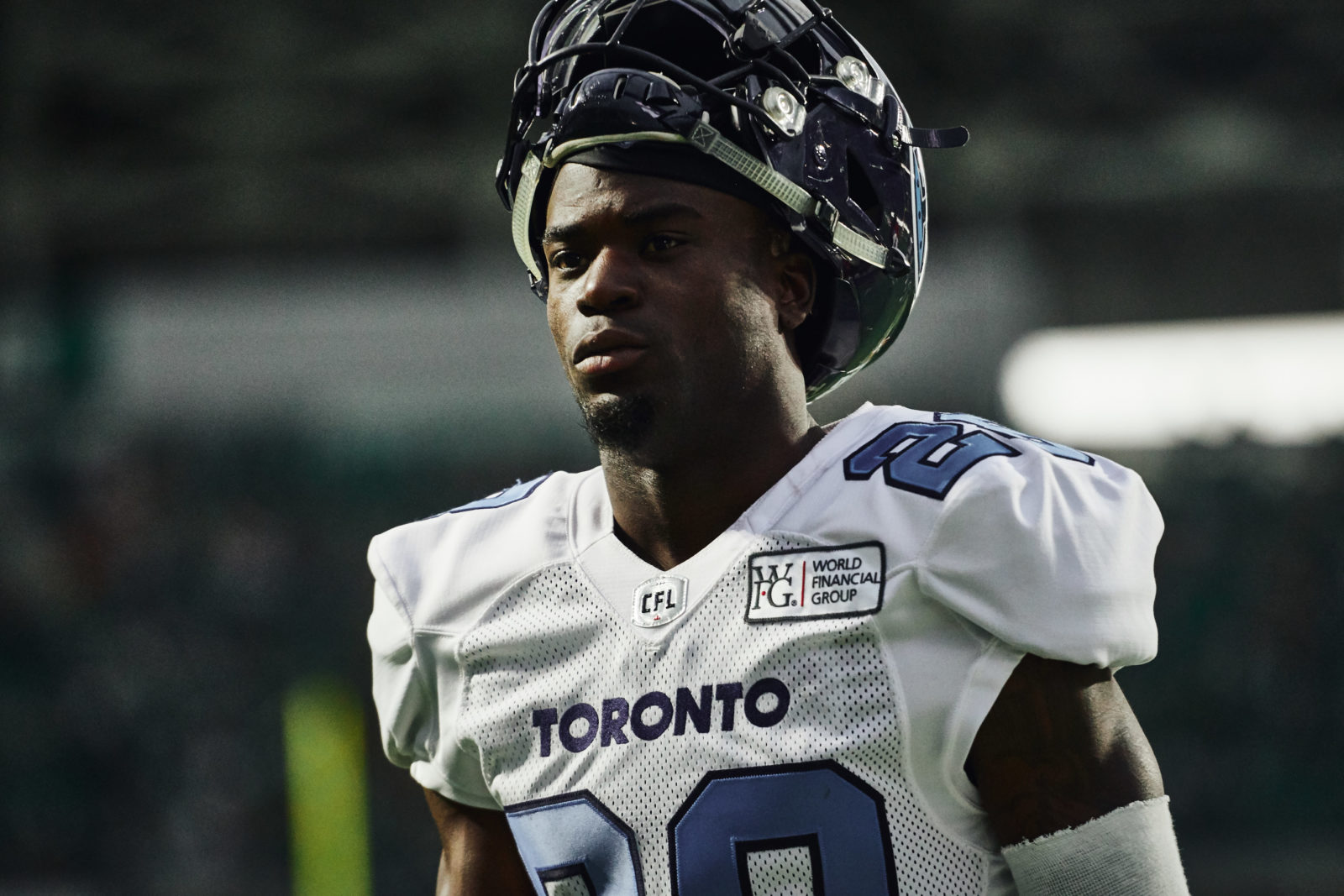 Boateng, 24, played 12 games in his 2019 Argonaut rookie campaign, tallying eight defensive tackles and one special teams tackle. The 2019 second-round CFL draft pick attended Fresno State University for two years (2017-2018), appearing in all 14 games as a senior in 2018. The Ajax, Ontario native started his collegiate career at the University of Kansas in 2014 where he appeared in eight games and finished with nine tackles and two interceptions. A move to Arizona Western College in 2016 saw the 5’11, 188-pound DB intercept two balls in 12 games played.

Ouellette, 25, joined Toronto in September of 2019 and went on to play in three games down the stretch for the Double Blue, rushing for a total of 114 yards with a touchdown reception in Week 20. The 5’10 and 210-pound running back spent time with the New Orleans Saints in May of 2019 before being waived and signed by the Cleveland Browns where he played in four preseason games totaling 24 yards on the ground. The native of Covington, Ohio played five seasons at Ohio University (2014-2018) where he left as the school’s third all-time leading rusher and fourth all-time in touchdowns. In 50 career games for the Bobcats, Ouellette ran for 3,329 yards and 12 touchdowns while catching 63 passes for 516 yards and six touchdowns through the air. The running back was named the Mid-American Conference’s Player of the year in 2018.

Starczala, 24, was drafted by the Argos in the seventh round of the 2019 CFL Draft but chose to return to the University of Guelph for his final year of USPORTS eligibility. The 6’5, 315-pound offensive lineman from Cambridge, ON helped the Gryphons get to the OUA semi-finals in 2019, a year after getting to the Yates Cup in 2018.

Lane, 26, played on both sides of the ball over his four years at Florida State University (2014-2017). Recruited as a WR, Lane caught 19 balls for 307 yards and one touchdown over his first two seasons in Tallahassee. The 6’3, 209-pound athlete switched to DB during his sophomore season and ended up starting five games and finishing with 49 tackles and one interception. Lane started his senior season on defense adding 12 tackles before switching back to receiver halfway through the year and added 169 yards on eight receptions.

McCleod, 6’3 and 285-pounds, spent four seasons at Wagner College (2016-2019) where he tallied 38 tackles, 3.5 tackles for loss and three sacks in 12 games during his 2019 senior campaign. The Miramar, Florida native suited up for 45 career games with the Seahawks recording 102 tackles, 9.5 tackles for loss, five sacks and two forced fumbles.

Beck, 6’1 and 220-pounds, played four seasons at the University of Eastern Michigan (2014-2017) where he racked up 353 tackles, 10.5 tackles for loss, three interceptions and one fumble recovery in 49 career games. The Indianapolis native played the most games in school history and his tackles total was seventh best all-time for the Eagles.