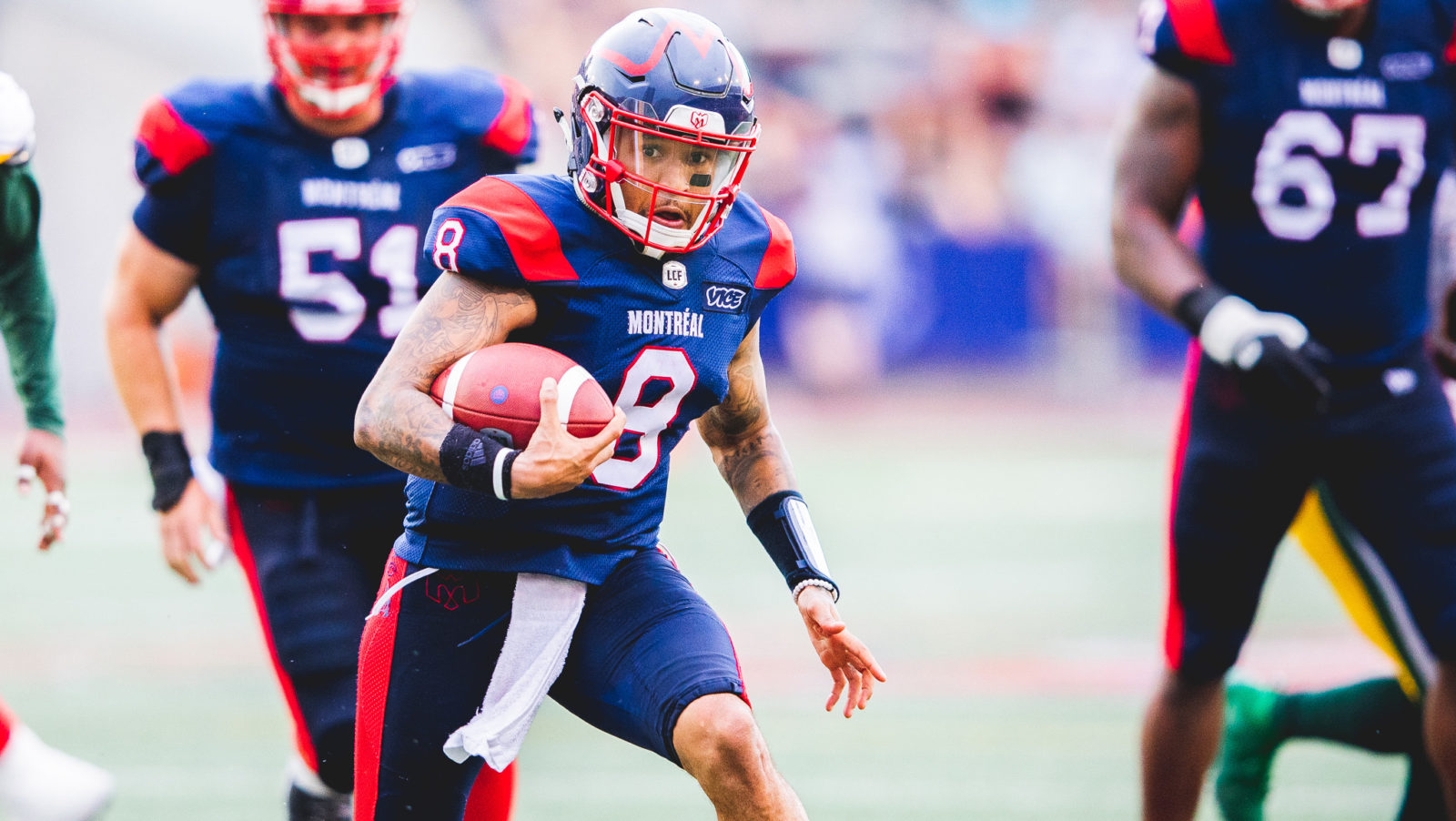 MONTREAL – Vernon Adams Jr. has cemented his commitment to the Montreal Alouettes beyond just the length of his contract.  The star pivot has restructured his deal with the Als which not only sends a message to fans and management about his loyalty to the club but allows them the cap flexibility to retain the talent around him.

In doing so, the Als annoucned Wednesday that they have inked one-year contract extensions with 1000-yard receiver Eugene Lewis and veteran offensive lineman Tony Washington.

“I am impressed to see a what point our players want to stay together and continue what was started in 2019,” Alouettes general manager Danny Maciocia said in a team-issued statement. “In all my years in football I have rarely witnessed such a tight knit family. It takes true leaders to act this way and this confirms even more that we have a true leader of men behind centre, as Vernon has accepted to make sacrifices in order to continue to be well surrounded and to allow the team to continue to perform at a high level.”

Lewis was Adams Jr.’s favourite target in 2019, catching 72 passes good for 1,133 yards and 7th place in the CFL, while scoring five majors. The 27-year-old was voted an East All-Star following his third season in the CFL. In 38-career-games in the CFL the former Penn State Nittany Lion and Oklahoma Sooner made 123 catches for 2,080 yard, while scoring five touchdowns. He also registered a rushing touchdown and a passing touchdown.

Washington will return with the Alouettes in 2021, after being acquired from the Hamilton Tiger-Cats in a trade in July 2018. He will be entering his tenth season in the CFL, having played in 117 games, including 117 as a starter. In 2019, he played 13 games and was an important cog in the offensive line which allowed the team to have success on offence.

Before becoming an Alouette, Washington spent time with the Stamps, Argos, Ticats and Edmonton Football Team. The 34-year-old New Orleans, LA native won the Grey Cup in 2012 (Toronto) and 2015 (Edmonton). Prior to starting his professional career in the CFL, he played his collegiate football for the Albilene Christian University Wildcats.

Adams Jr. is looking to build off what was s breakout season in 2019 where he completley revamped the Als attack, leading them to a 10-8 record and their first playoff berth since 2014.. The 27-year-old finished second in the CFL with 24 touchdown passes and dominated the league with 13 touchdowns (12 rushing and one receiving). 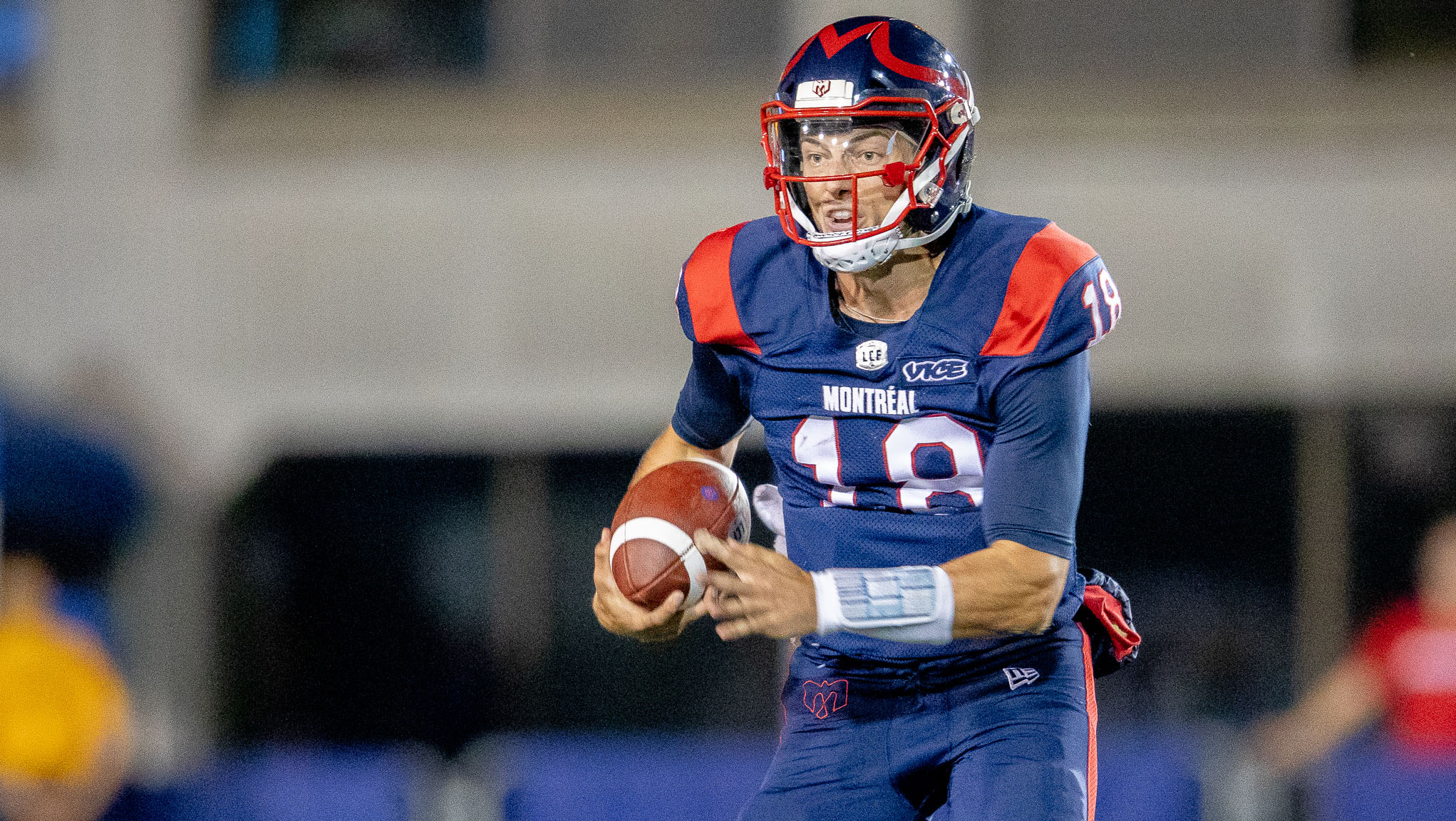 Shiltz played 39 career-games in the CFL, including 18 in 2019. The 26-year-old Butler University Bulldogs alumni started against the BC Lions, completing ten of his 19 passes for 177 yards and one touchdown, adding 62 rushing yards and a touchdown on five carries.  The St. Charles, IL native will be playing in his fourth season with the Alouettes after receiving an invitation to the team’s mini-camp in the spring of 2017.

Rice will be entering his eight season in the CFL, his third with the Alouettes after five years with the Hamilton Tiger-Cats. He played nine games with the Alouettes in 2019 and always answered the call when he was needed on the field to replace a teammate or to help the run game. The Brandon, MB native has played 80 games since his professional debut and helped the Tiger-Cats reach the 2014 Grey Cup. He played with the University of Manitoba Bisons from 2007 to 2012 and hoisted the Vanier Cup in his rookie year.