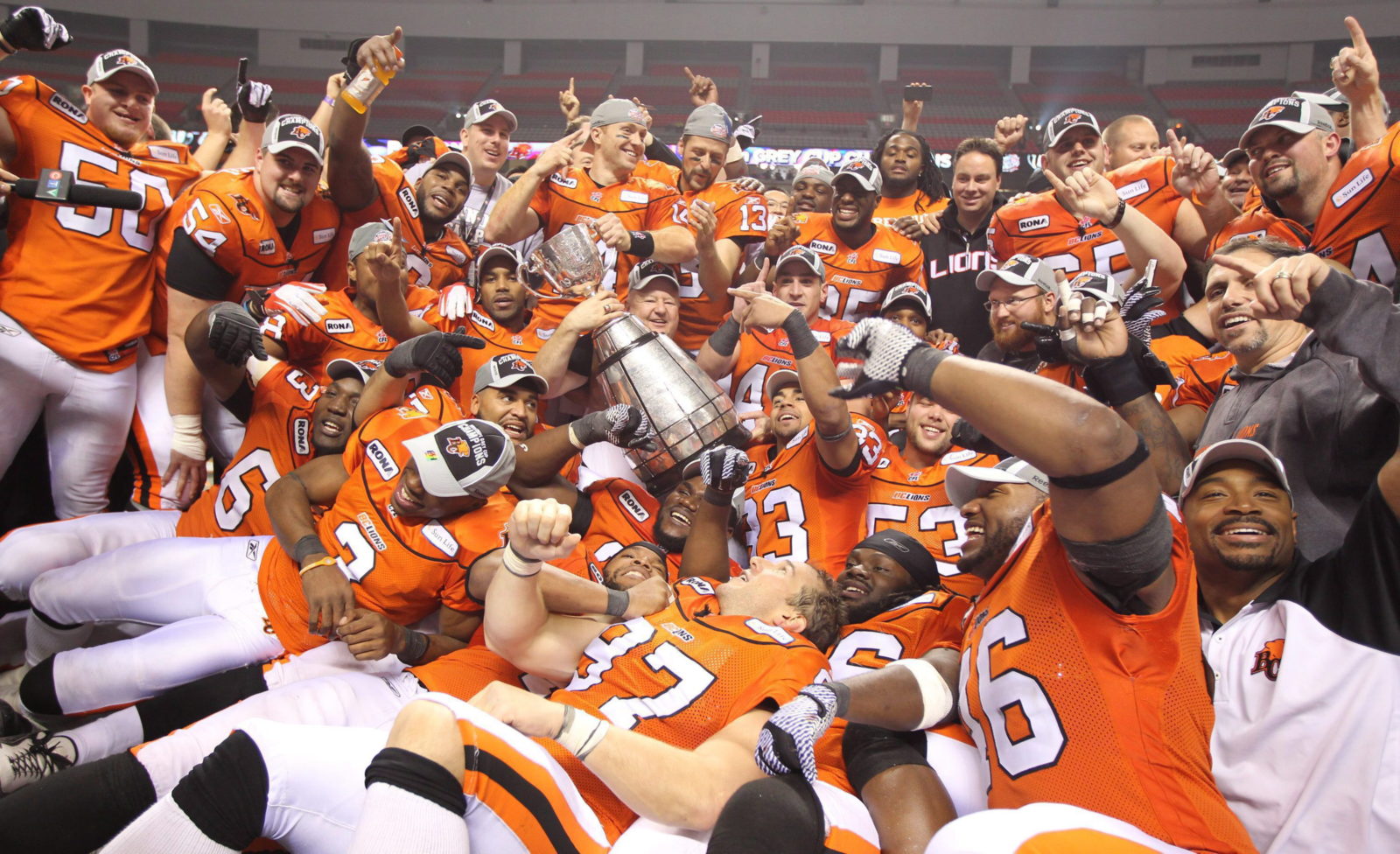 Greetings football starved CFL fans; yeah, I’m right there with you. In the second edition of my “Wildly Unofficial History of Uniforms For Every CFL Team That Immediately Becomes Less About Uniforms and More Just a Fun Nostalgia Trip” series we’re moving West. After covering the Ticats, it’s time to give some love to the feline-themed team on the coast, the BC Lions. 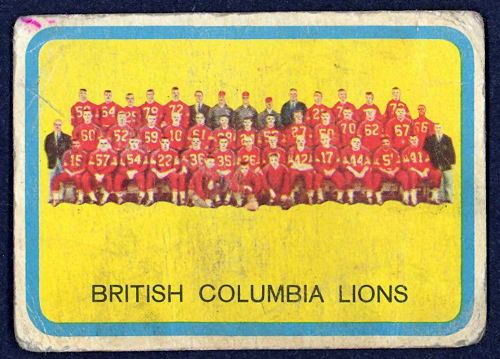 No disrespect but I kind of feel the team wasn’t really trying with this basic red and yellow combination that I’ve entitled “condiments for my hamburger.” They were just a hint of green away from going with the full ketchup, mustard and relish motif. 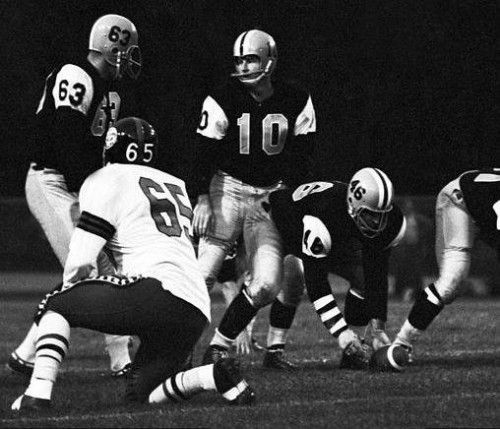 Hall of Famer Bernie Faloney’s greatest years were of course in Hamilton, where he earned four Eastern All-Star nods, won MOP in 1961 and two Grey Cups with the Tiger-Cats. But he finished his career in 1967 in British Columbia and let me say the single bar helmet is just so cool. 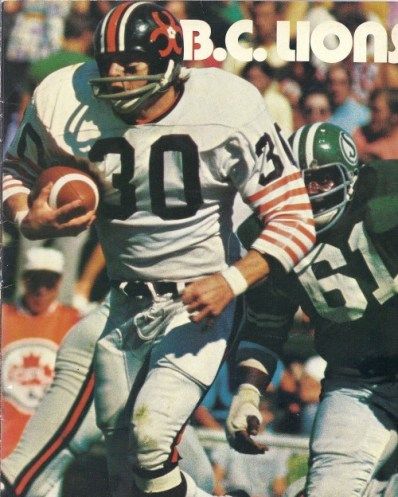 What you are looking at is not a chemical hazard warning sign nor is it the animated representation of what COVID-19 looks like that we see so often on the evening news. Nope that is actually the short lived Lions logo that only survived one year in the 1970’s. 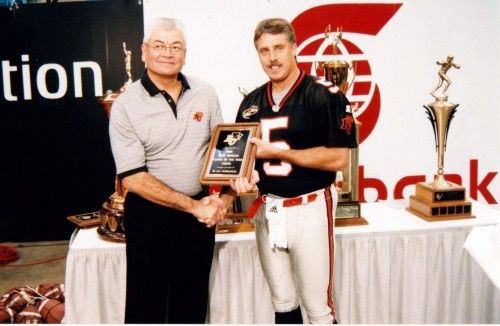 Fun fact: That plaque that Lui Passaglia is receiving from Adam Rita commemorates the time Lui’s right leg defeated America (or the Baltimore Football Club) in the 1994 Grey Cup. 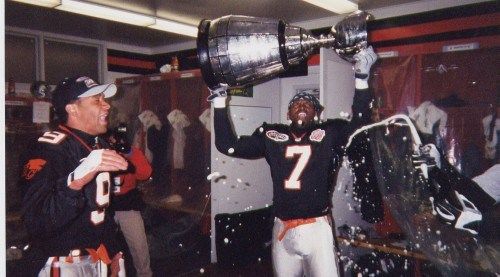 Damon Allen is the Bob Costas or Paul Rudd of the CFL; the man never ages. Here he is in the classic black and silver celebrating their improbable 28-26 win over the Montreal Alouettes. I hope that is real champagne they are drinking, because they deserve it after finding a way from going 8-10 in the regular-season to beating the 12-6 Alouettes. Am I the only one who is curious about what the bottle that has been popped is whenever there is a locker-room celebration? 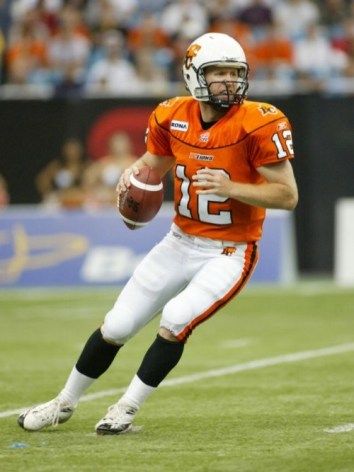 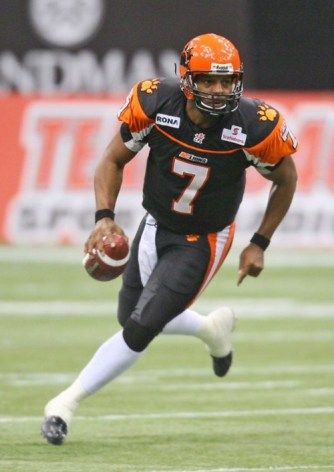 Like in every sport in the mid 2000’s, teams started to adopt a third, alternate jersey. I love the sleek, all-black unis with the paw footprints on the shoulders. 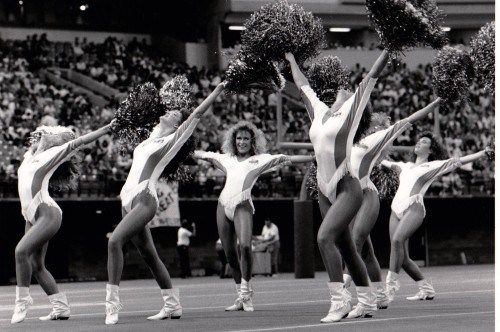 Does anyone remember the 1980’s workout show ‘The 20-minute Workout?” If you don’t get that reference then at least we can all agree the 1980’s Felions look like they are about to do a Jane Fonda workout or were used as backup dancers in Olivia Newton-John’s “Let’s get physical” music video. 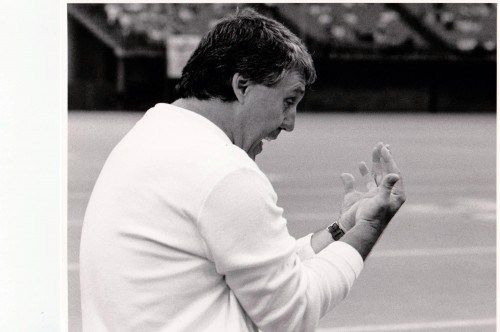 Sometimes coach Don Matthews would give his players a break and just get angry at his hands instead. I have no idea what happened on this play but I’m guessing someone blew their assignment. 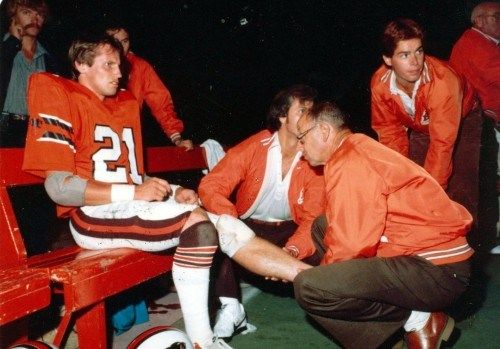 One thing you could always count on in the 1980’s … massive shoulder pads! 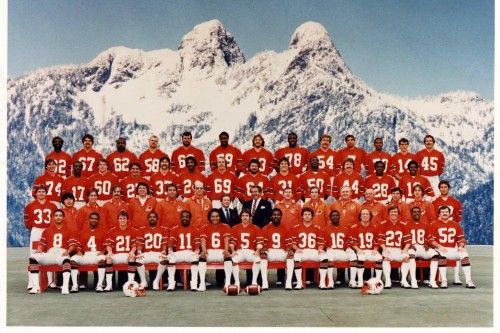 Taking the team photo with a mountain in the background is so British Columbia. This picture screams “Hey Ontario check out what real mountains look like!” 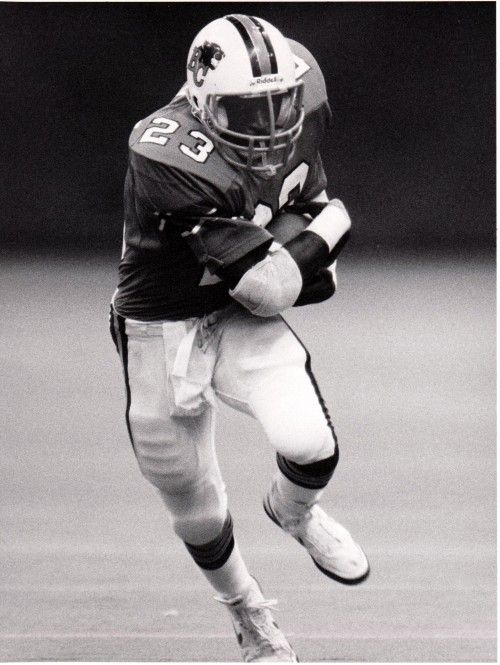 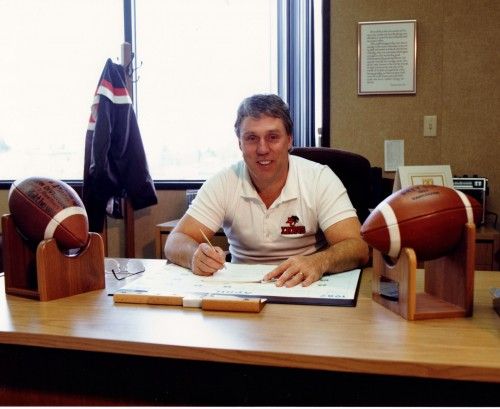 “Oh hello there, can you step into my office? Yeah, close the door. This is going to get loud.”

I’m here for all the old Don Matthews pictures I can get my hands on. 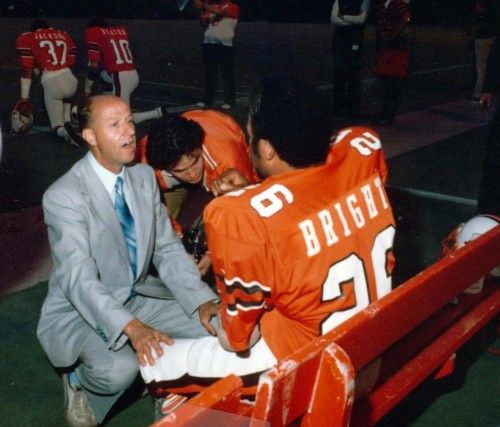 Can we please have all team doctors in suits and ties? I’m tired of doctors in sweat pants or khakis with the requisite golf shirt. You tell me if you go for a checkup, wouldn’t you rather your doctor look like Dr. Appleby vs. someone who looks like they’re a junior manager at The Gap? Also, can we nominate one player each year to be given the nickname “The Neon” even if it doesn’t rhyme? I’m good with Brandon “The Neon” Banks. 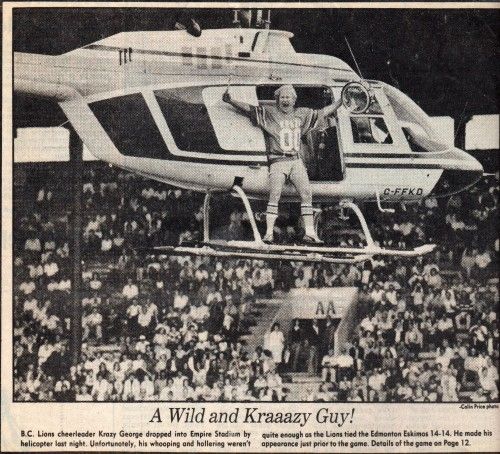 Now this is how you properly physically distance yourself while watching a football game. I blame insurance companies and just how litigious we have become for the fact that we don’t have more stunts involving helicopters and people named “Krazy.”

In 1990, Murray Pezim’s first full season as owner, the team would ditch the orange and white uniform design to go with black with silver helmets and pants.

The Lions have basically used the same primary logo on their helmets since 1978. Yes there are slight alterations over the years but the basic look of the head of a menacing jungle cat on top of “BC” has not changed. I would like to humbly request the Lions consider going back to the original. What you’re losing in menacing you more than make up for in crazy and in my personal record book, crazy is scarier than menacing.

Whoever said things were always better “back in the day” did not root for the 1954 BC Lions. The all-orange helmet is lazy and makes you think of the Cleveland Browns. As a general rule when running a football organization you should distance yourself as far as you can from the Browns franchise. Thankfully the Lions have done that.