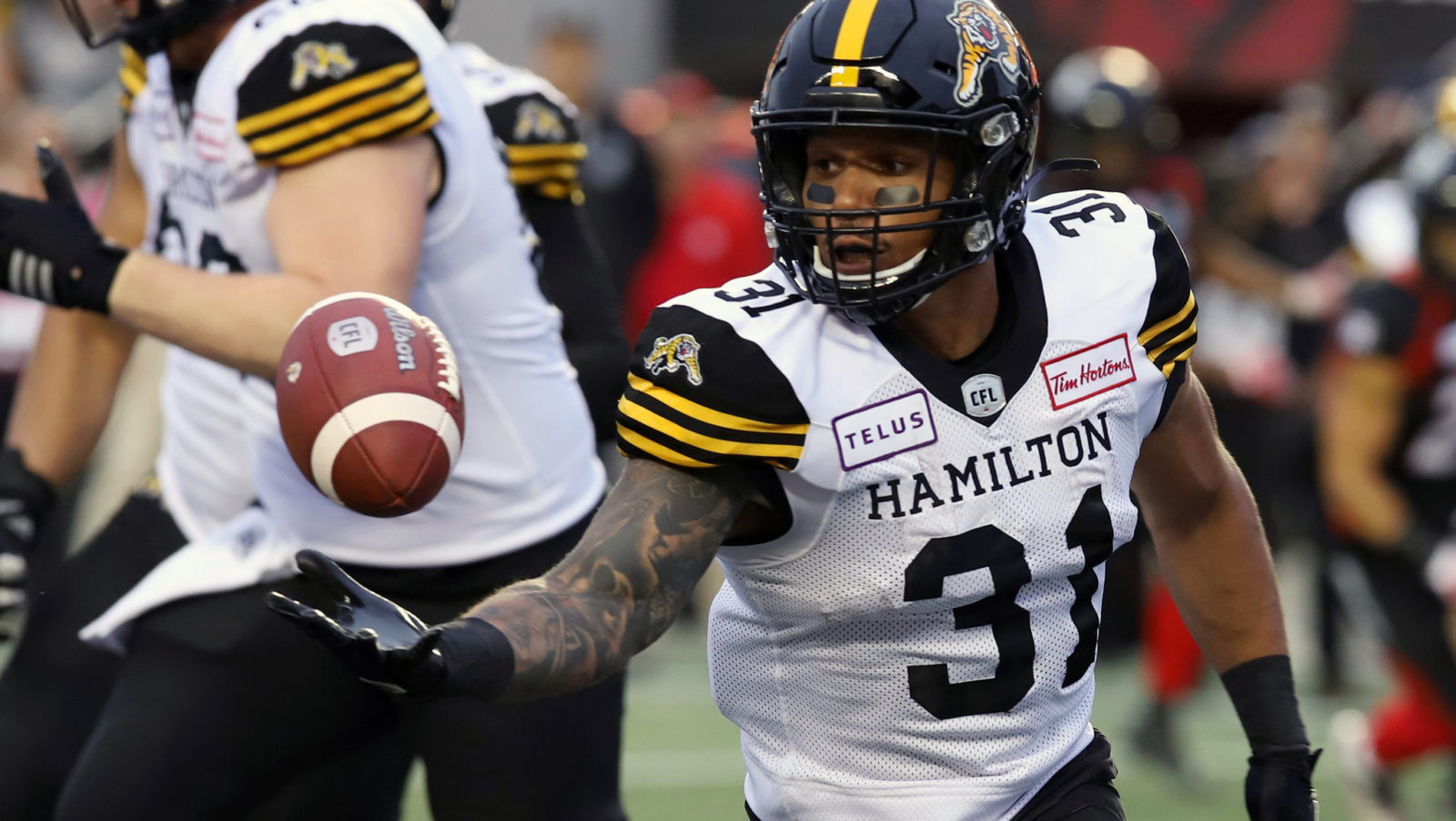 Thomas Erlington, 28, has played 32 regular season games with the Tiger-Cats over three seasons (2017-19), registering 68 carries for 443 yards and a rushing touchdown, and 18 receptions for 286 yards and a receiving touchdown. On special teams, he has also added four tackles and returned 15 kickoffs for 339 yards (22.6 average).

The 5-9, 217-pound native of Montreal, Quebec was in the midst of a breakout year in 2019 before suffering a season-ending injury July 4 against Montreal. In the first four games of the season, he registered 33 carries for 224 yards, 11 receptions for 193 yards and a touchdown, was named a CFL Top Performer for Week 2 and a CFL Top Performer of the Month (3rd) for June. Thomas Erlington was originally Hamilton’s eighth-round pick, 66th overall, in the 2017 CFL Draft.

Jackson, 26, signed a one-year deal with the Tiger-Cats on February 11, 2020 after making 20 appearances with 19 starts over two seasons with the Calgary Stampeders (2018-19). During his stint with the Stampeders, Jackson registered 218 carries for 1,170 yards and five rushing touchdowns, while adding 44 receptions for 300 yards. The 5-10, 205-pound native of Sacramento, California also appeared in three playoff games and was a member of Calgary’s 2018 Grey Cup championship team.

Prior to his CFL career, Jackson spent two seasons in the National Football League with the Green Bay Packers (2016-17), appearing in three games during the 2016 season and recording 10 carries for 32 yards. He also played 35 games over three seasons at the University of Nevada, Reno (2013-15), registering 529 carries for 2,370 rushing yards and 19 touchdowns, and adding 23 receptions for 269 yards and two receiving touchdowns with the Wolf Pack.