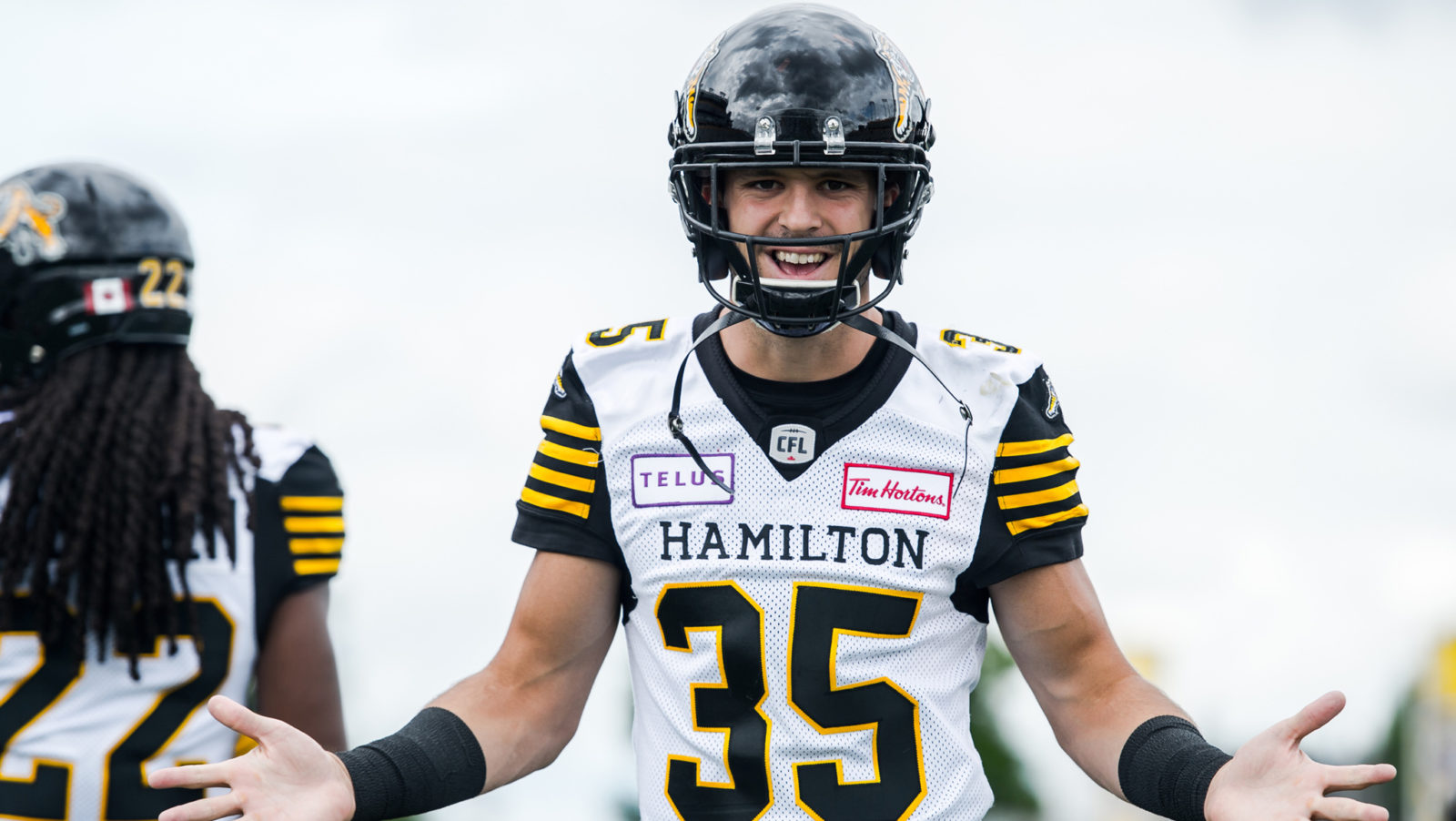 All five were set to become free agents in February.

Daly, 30, has appeared in 87 career Canadian Football League games with 29 starts at safety over six seasons with the Tiger-Cats (2014-19), registering 93 defensive tackles, 49 special teams tackles, eight interceptions, one quarterback sack, two forced fumbles and 12 pass knock downs. The 6-1, 189-pound product of McMaster University has also played in two Grey Cup games with the Tiger-Cats (2014, 2019) and was the team’s 2018 nominee for the CFL’s Jake Gaudaur Veterans’ Award for strength, perseverance, courage, comradeship and contribution to Canadian communities. Daly was originally selected by the Tiger-Cats in the sixth round, 45th overall, in the 2013 CFL Draft and has spent his entire career with the team.

Bennett, 24, has played 27 games with the Tiger-Cats over two seasons (2018-19), suiting up at both defensive back and running back. Throughout his CFL career to date, the 5-10, 212-pound native of Cumberland, Ontario has accumulated 147 rushing yards and a touchdown on 29 carries, eight receptions for 72 receiving yards, four defensive tackles, one quarterback sack, one forced fumble, 17 special teams tackles, and seven kickoff returns for 155 yards. Bennett was originally selected by the Tiger-Cats in the second round, 11th overall, in the 2018 CFL Draft.

Stephen, 31, has played in 113 career CFL games over seven seasons with the Tiger-Cats (2013-18) and Calgary Stampeders (2019), registering 219 defensive tackles, 54 special teams tackles, two quarterback sacks, 12 interceptions and seven forced fumbles. The 6-1, 199-pound native of Brampton, Ontario has also appeared in nine playoff games for the Tiger-Cats, including the 103rd Grey Cup game, and was the team’s nominee for the CFL’s Jake Gaudaur Veterans’ Award in 2016. Stephen was originally selected by the Tiger-Cats in the first round, eighth overall, in the 2012 CFL Draft.

Newton, 26, has appeared in 60 career CFL games during his four-year career with the Toronto Argonauts (2016-17) and Tiger-Cats (2017-19), registering two defensive tackles and 25 special teams tackles. The 6-2, 220-pound native of London, Ontario has also suited up in four playoff games with the Tiger-Cats, including the 107th Grey Cup game.

Gnahoua, 26, appeared in 11 games with the Tiger-Cats in 2019, posting four special teams tackles and one forced fumble. He also suited up in both of Hamilton’s playoff games, including the 107th Grey Cup game. The 6-2, 235-pound native of Le Mans, France was selected first overall by the Tiger-Cats in the CFL’s first European Draft in 2019. Gnahoua previously played two seasons (2017-18) with the Berlin Rebels in the German Football League and one season at McGill University (2016) where he registered 24 total tackles with one quarterback sack and a fumble recovery.