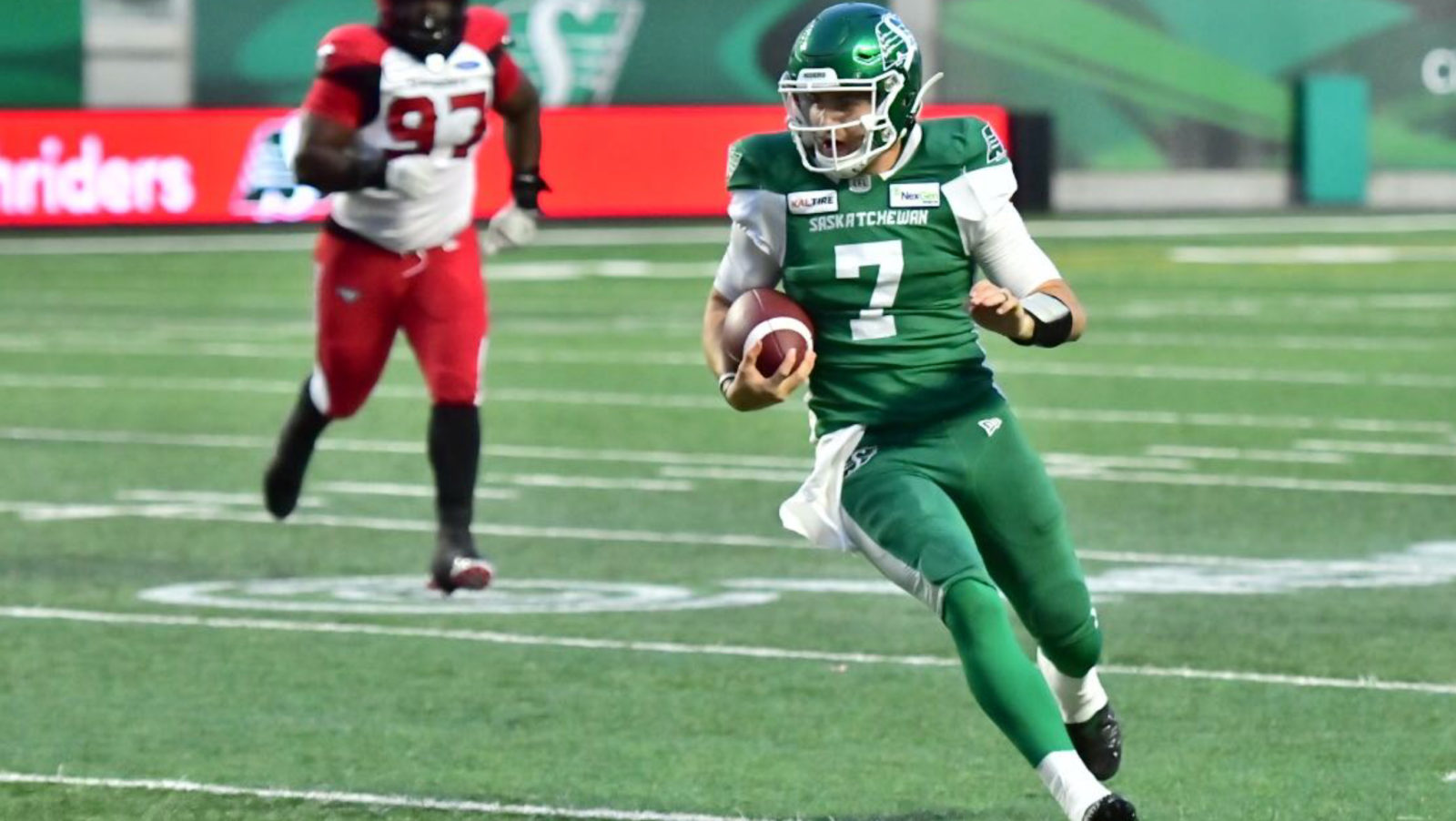 We’re almost through a year of adjustments, of dealing with unforeseen circumstances and finding new ways to live our lives. The pandemic has altered life for everyone and that hit home especially hard for the coaches and players of the CFL this year.

The league wasn’t able to get on the field and cancelled its season in August. That shifted those coaches and players into a focus on 2021 and unfortunately, gave them a lot of time to fill before we get to football mainstays like training camps and games being played once again.

Over Grey Cup Unite week in November, a number of those coaches and players shared how they’ve made the most of that time and looked for a silver lining to a difficult situation. 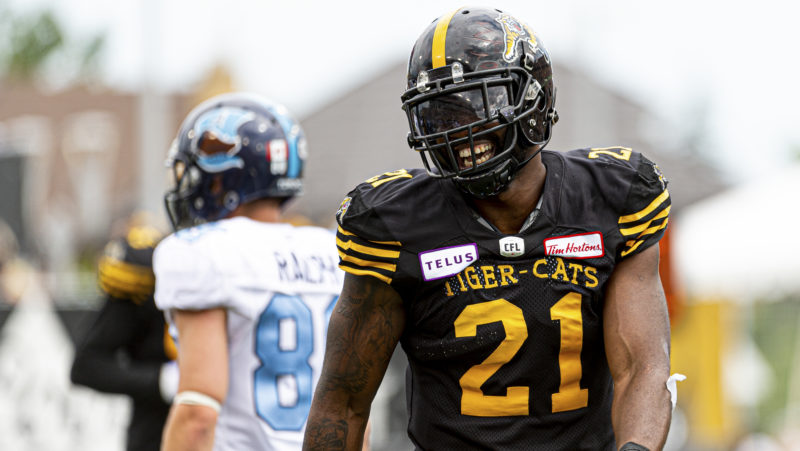 Simoni Lawrence poured his energy into work around the house and family time in 2020 (Ryan McCollough/Ticats.ca)

“I could say the biggest silver lining about the whole thing is having my body recover for a full year,” Saskatchewan Roughriders’ QB Cody Fajardo said.

“I haven’t had that happen since I started playing football when I was six-years’ old. I know a lot of players feel the same way. I echo (what some of them have said): It’s going to be crazy to see the first couple games in the CFL next year because they’re going to be like playoff games. Guys are going be so excited to compete. You’re going to see that everyone’s giving all their effort. You know every single play will feel like it’s a playoff game and we’re going to be at Week 1. I think it’ll be very exciting for fans, for media, for everyone around the league to watch this great product.”

Hamilton Tiger-Cats linebacker Simoni Lawrence said that this year was the first time since he was nine that he hadn’t played football.

“I figured out that I’m OK around the house. I can do some manual labour, I never knew I could do stuff like that,” he said.

“Me and my dog got a lot closer. I got to spend a lot of time with family that I’ve been missing.”

“I think all of us must have had the same idea, which is to figure out if you can use a tool or not,” he said.

After having some tools stolen from his open garage while he was out on a run, Mitchell shifted his focus to golf and let what can be a very time-consuming game eat up his free time.

Coaches found themselves on Zoom calls a lot more than they thought they’d be this year. Those staff meetings continued with the cancellation of the season, but the coaches also found they had more time for their families. 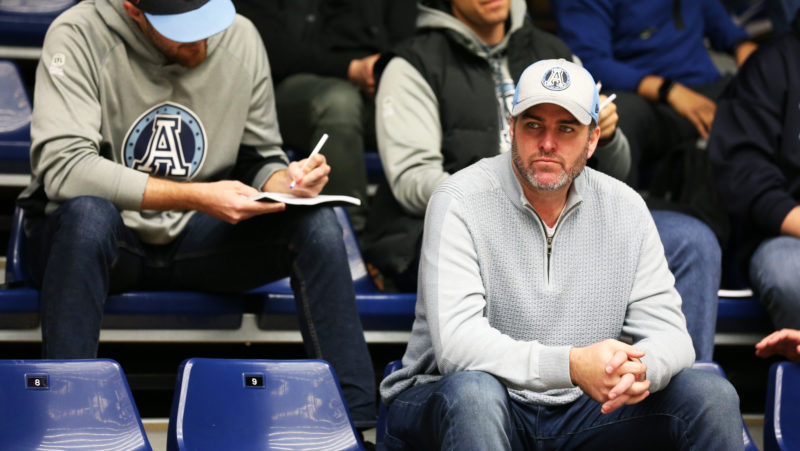 Argos head coach Ryan Dinwiddie, seen here at the east regional combine in March, had his first season as a head coach interrupted by the pandemic (Chris Tanouye/CFL.ca)

“I’ve got a young boy, it was good for me to spend some time with my son and help out my wife a bit,” Toronto Argonauts coach Ryan Dinwiddie said.

“For me as a first-time head coach, our staff being together for the first time and our scouting department, it was a chance for us to kind of work together fluidly in looking at all angles of our roster, to look at some scouting stuff and put this offence together with our guys remotely. I had never done that in Calgary, we were always together every day. So it gave me an opportunity to understand there are different ways to skin a cat and you don’t have to be in the same city with today’s technology to get some things you need to get done.”

“I’d say personally, moving during a pandemic is not very easy,” he said.

“We’ve really been able to talk about how we want to attack situations, how we want to attack this and that. I’ve been able to spend a lot more time than you ever would with the scouting department on what type of quarterbacks we have and just being able to have open lines of communication. I feel like the staff of ours, we’re all best friends even though we’re not in the same city. I guess that’d be the silver lining.”

“You can fill up notebooks and keep it all football based, but the reality is I’ve been able to spend more time with the kids. The garage is probably cleaner than it’s ever been,” he said.

“I learned how my kids cut their apples. There are all kinds of different things that show up that you’re just not privy to. I had my first birthday at home in 22 years. I know those are small things, but remember coaches are titles, but we’re people too. I know if you interviewed our kids, they would be thrilled I think — maybe not our wives — but our kids are thrilled that we’re around a lot more.

“There’s the life perspective that we just really haven’t had as a player and a coach, you’re just really not afforded that. That’s the life we live and what we signed up for. There are plenty of positives. Life’s about choices. If you choose to find the positive things, you’ll find that. If you want to find the negative, you’ll find it. I’m just staying optimistic and positive and looking forward to 2021.”

When the games start and we’re in that hyper-competitive Week 1, Fajardo may have a new transferable skill to show Riders’ fans. While his wife has been away finishing up school, he’s been upgrading his footwork.

“Another thing I’ve kind of taken up is some dance lessons. I’m trying to be a better dancer,” he said.

“My wife has been away for almost about 22 weeks now finishing her schooling, so I’m trying to be a better dancer so I can make her proud on the dance floor.”

After a (very, very) long year, expect to see some quality end zone celebrations from Fajardo.