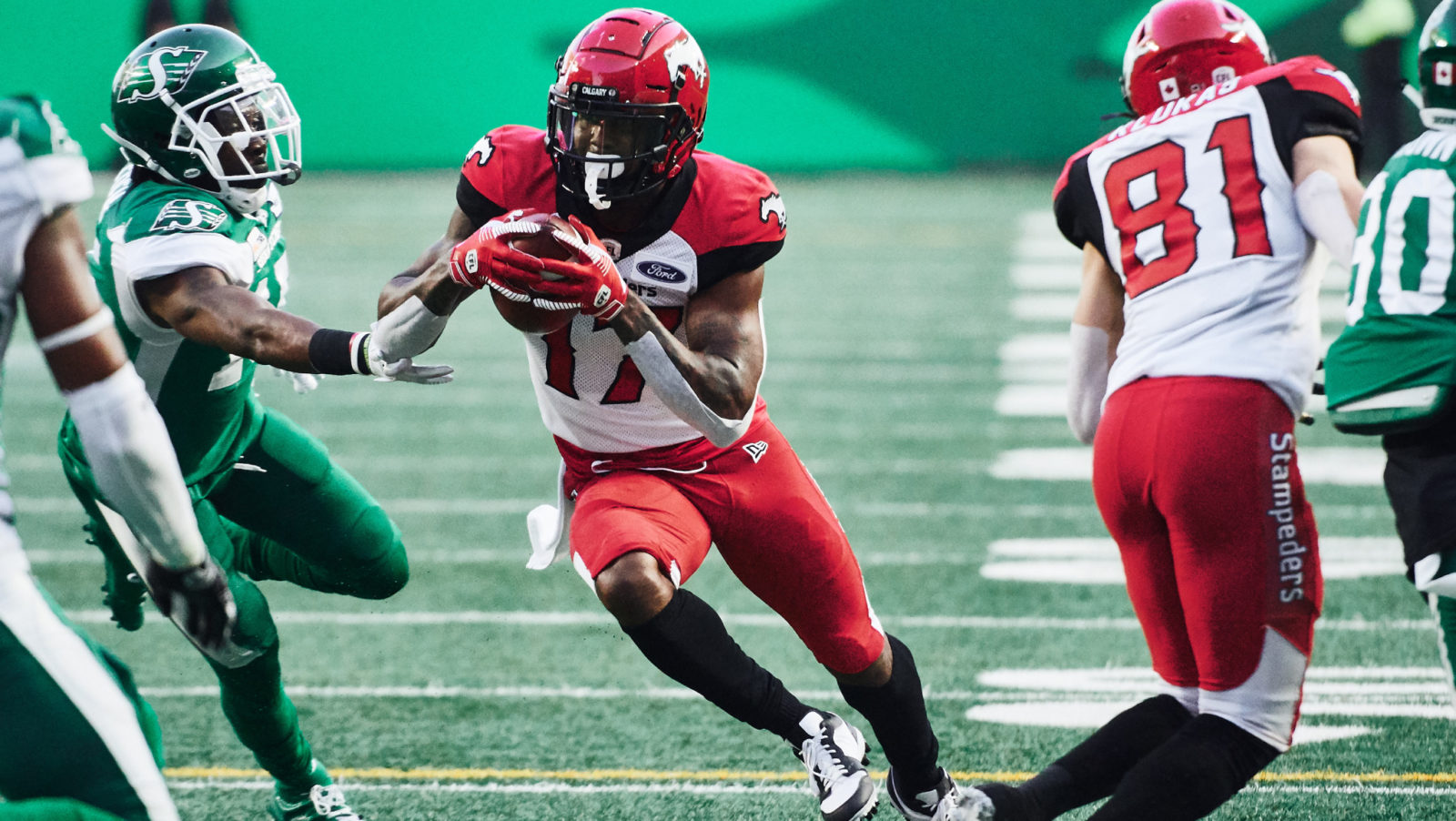 CALGARY — The Calgary Stampeders have signed American receiver Markeith Ambles to a contract extension, the team announced on Wednesday. Ambles was set to become a free agent in February.

The University of Houston product appeared in nine games for the Stamps in 2019 and finished fifth on the team in both receptions (35) and receiving yards (407). Ambles also had three carries for 14 yards and returned one kickoff for 10 yards. He did not play after the Labour Day Classic because of season-ending ankle surgery.

“I want to thank the Calgary Stampeder coaching staff and front office for giving me an opportunity to come back,” said Ambles. “It’s been a long year, but I’m excited to be back on the field. The goal for 2021 is to help bring another Grey Cup to the city.”

“Markeith is a talented player who was establishing himself as a key member of our offence in 2019 until an injury ended his season,” said president and general manager John Hufnagel. “He’ll have an opportunity at training camp to stake his claim for a starting position and hopefully he will deliver a healthy and productive season.”

Ambles joined the Stampeders in 2018 and made seven starts – six in the regular season as well as the Western Final. In 15 career regular-season contests, he has 63 catches for 713 yards and four touchdowns.

In two seasons at the University of Houston, Ambles played 23 games including 12 starts and had 49 receptions for 791 yards and five touchdowns. He was a member of the Argonauts’ practice roster in 2016.