Morris: Back in Sask for less, Evans is hungry for more 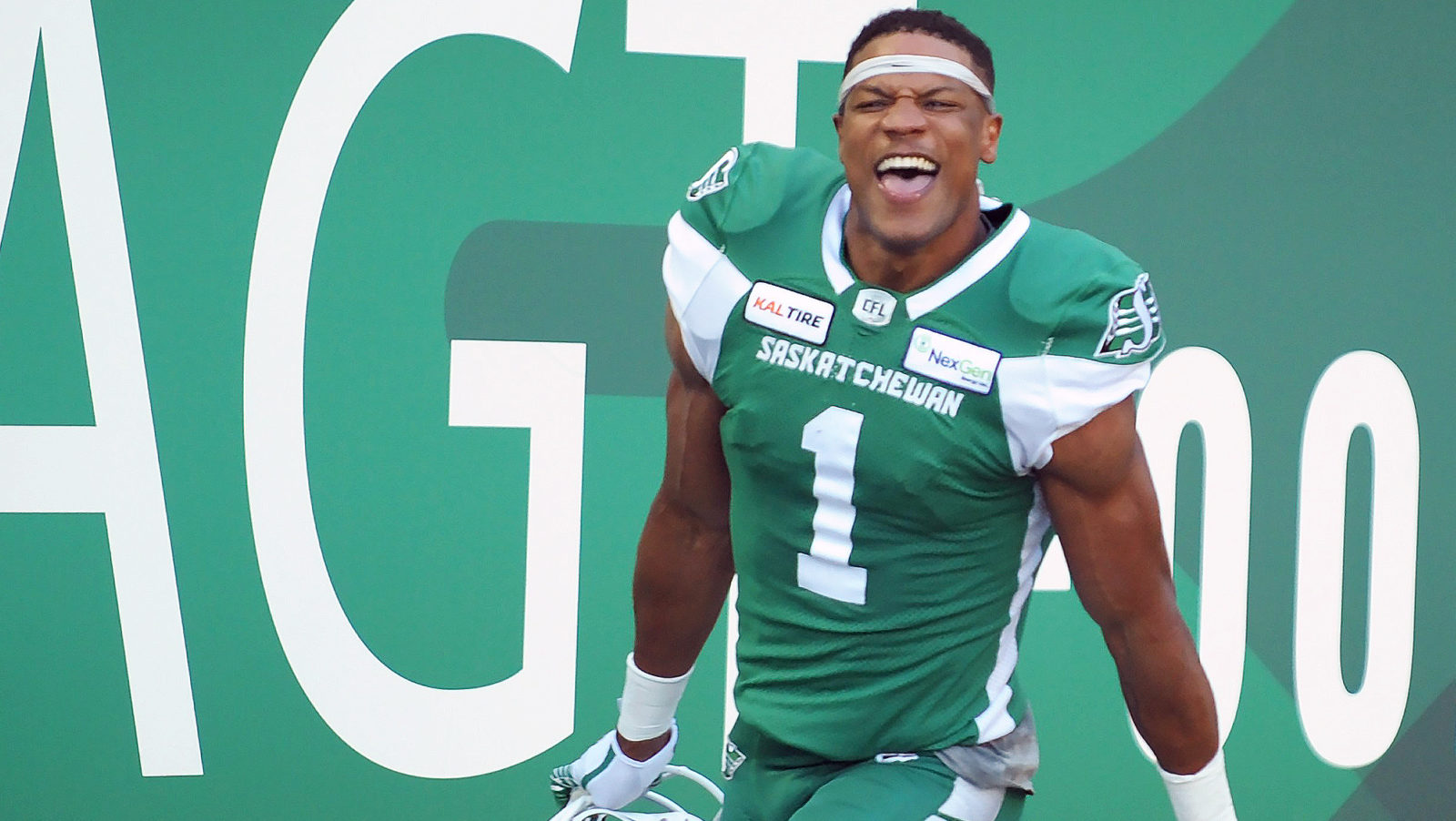 Morris: Back in Sask for less, Evans is hungry for more

The last year Shaq Evans played football he was the Saskatchewan Roughriders’ top receiver and was named a CFL All-Star.

For his reward, Evans agreed to take a pay cut when he recently signed a one-year contract extension with the Riders instead of becoming a free agent.

Evans is one of those people who likes to keep things positive. If it’s raining, that’s good for the crops. Your glass being half empty means there still is something left to drink.

Yes, he will earn less money this year, but because of a world-wide pandemic some people don’t even have a job.

“It was tough to not reap the benefits of my previous season, but everything happens for a reason,” Evans said during a Zoom call. “You just have to keep a positive mindset, try to look at the positive of everything.

“At the end of the day I’m still blessed to have a contract and be playing this game. There are thousands of people who wish they were in our position, having a job, playing football. You have to look at it with a positive mindset and everything will work out.” 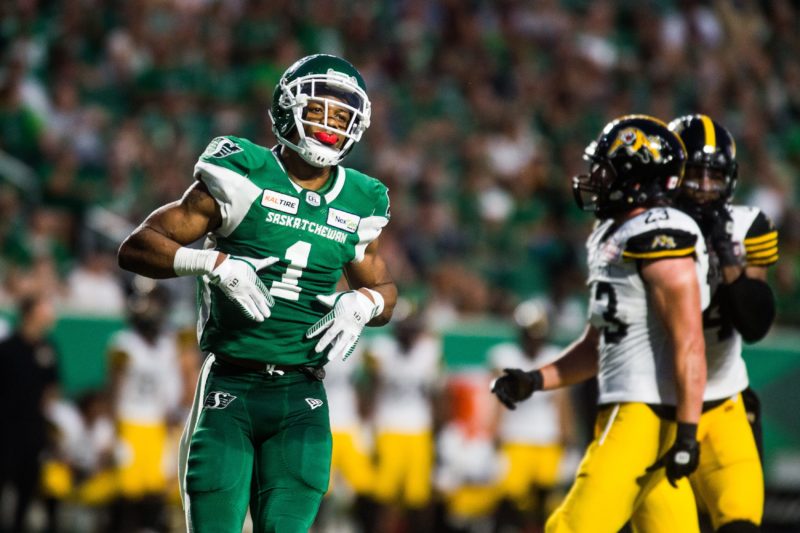 Evans was one of the flashiest cogs in the Riders’ wheel in 2019, leading the team in receiving yards. (CFL PHOTO – MATT SMITH)

In 18 games with Saskatchewan in 2019, the six-foot-one, 210-pound Evans led the team with 1,334 yards and five touchdowns from 72 catches. He was one of the reasons the Riders finished first in the West with a 13-5 record.

“We’re super excited to have Shaq back,” said O’Day. “He’s a super big part of our offence. He’s a big part of what we are doing now and what we are hoping to do in the future.”

O’Day wished he could have given Evans a raise. But like other teams in the league, the Riders are facing the financial realities of the CFL being forced to cancel its 2020 season due to concerns about the COVID-19 virus.

“What I have learned through this whole process, the players are understanding of the situations we are in,” said O’Day. “They know our organization is facing some challenges and they know everyone is being impacted by it.

“It’s not exactly the conversation you want to have with them, but you also have to have it with them. You have to explain the reasoning behind it. It speaks a lot about the character of our players when they are willing to work with us to help us as a team but also as an organization.”

Evans said O’Day was transparent during the negations and explained the Riders’ position. He also had spoken to other players who had agreed to take less money.

“Being a human being, you understand things are going to be different,” Evans said. “Just like the whole COVID situation, you are sacrificing now for a better tomorrow. That’s how you have to look at it.”

Evans didn’t exactly take a poker face into the negotiations. He’s “fallen in love” with Regina and didn’t want to play anywhere else in the league.

After being born and raised in the bright lights of southern California, Evans loves the tranquility Regina offers. He usually spends an extra month in the city after the season ends.

“It’s so peaceful, people are so nice,” he said. “I’m a guy that likes peace and quiet, my alone time. Being in L.A. there is always stuff going on, people acting crazy, something crazy happening.

“Regina is just the complete opposite, but it fits my personality.”

O’Day said hearing Evans talk about the city “brings a sense of pride to your organization and the team.”

Evans’ love affair with the city was tested this summer.

He was angered by comments made by some Rider fans on social media criticizing Black Lives Matter and the protests in the United States sparked by police shootings of unarmed Black people.

“Wow, super disappointing as I had a lot of love for Sask,” Evans said in a tweet. “Not anymore. Always wanted to play there. Now I’m not so sure.”

In retrospect, Evans said he could have handled the situation better.

“It was just the high intensity of the moment,” he said. “I reacted too quickly and I painted the entire city and the province with a broad brush and that’s not fair.

“Most people I have met have been great and nice. I want to apologize for what I said. If I offended anybody, I’m sorry. I love Regina, I love the people. There are going to be bad people everywhere you go. Good and love always prevails.”

The CFL plans to begin the 2021 campaign on June 10 and award the Grey Cup Nov. 21 at Tim Hortons Field in Hamilton.

Evans has worked to maintain his conditioning but admits he has no idea how his body will react to playing again after missing an entire season.

“Football is a game where you need a lot of rhythm, your body needs to acclimate to it,” he said.

“I look at it like I didn’t take any hits this year. I didn’t get my mouthpiece knocked our or get a concussion or any kind of injuries. Maybe you added a year to your career.”

Evans played college football at UCLA. After being selected in the fourth round of the 2014 NFL Draft, he bounced around with the Dallas Cowboys, New England Patriots and Jacksonville Jaguars. He arrived in Saskatchewan in 2018 and had 50 catches for 785 yards.

In 2019, Evans finished fourth among CFL receivers. He also led the league with an 18.5-yard average and 15 catches of 30 yards or more yards.

He’s looking forward to building on the chemistry he has developed with quarterback Cody Fajardo.

“To be able to play with a quarterback in back-to-back years, it can only get better,” said Evans. “We both have a desire to be even better than we were in 2019.”