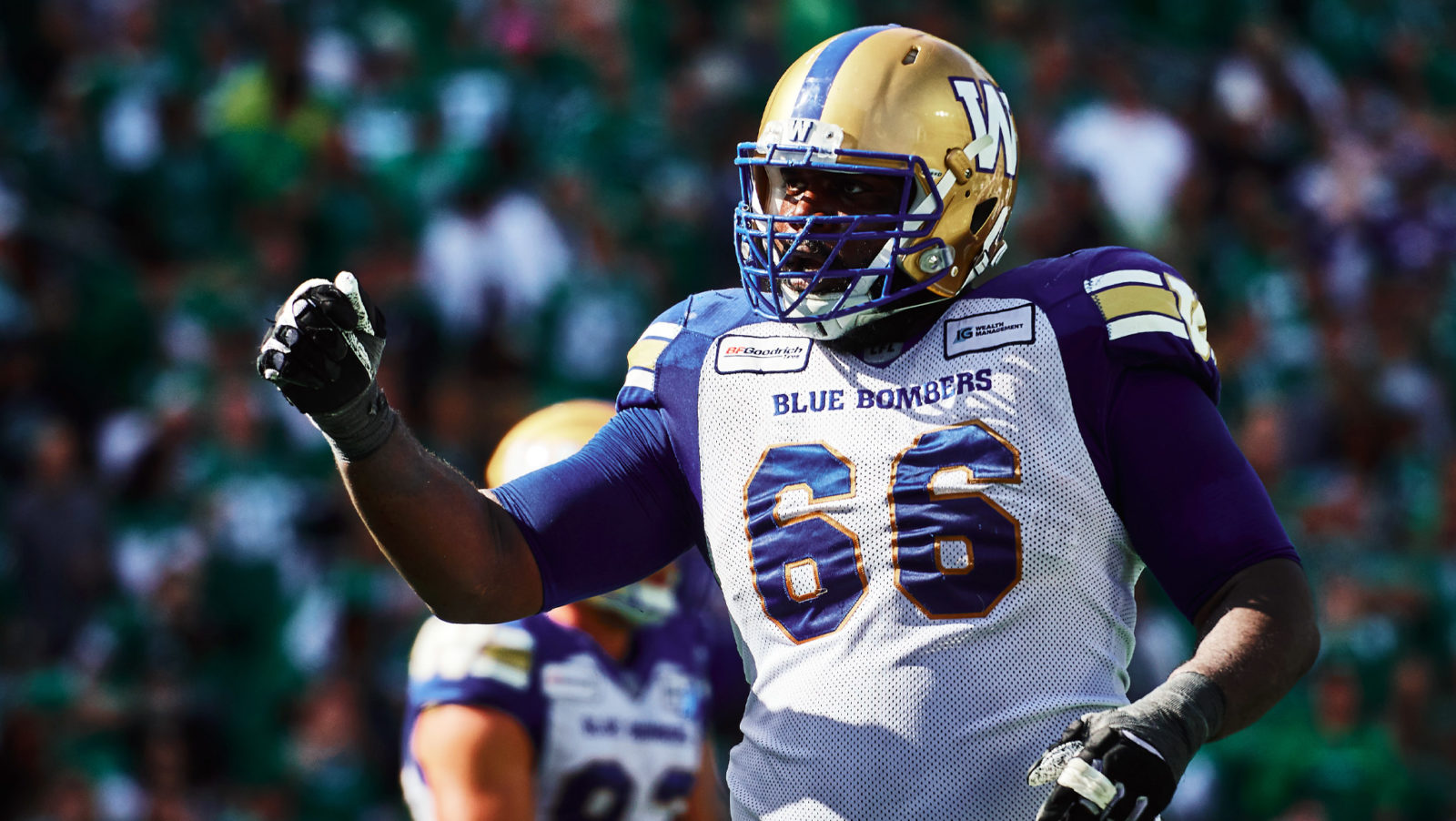 WINNIPEG — The Winnipeg Blue Bombers have agreed to terms with two-time CFL Most Outstanding Lineman Stanley Bryant on a one-year extension, the team announced on Tuesday. Bryant was scheduled to become a free agent next month.

The news comes almost a week after the team also signed another major piece of Winnipeg’s offensive line, Jermarcus Hardrick, to a one-year extension.

Bryant returns for his sixth season in Winnipeg after originally signing as a free agent in 2015. He had a stellar 2019 campaign, and for the third-straight season was named the West Division nominee for Most Outstanding Lineman. Playing in all 18 regular season games and all three postseason games in 2019, he was also named a league all-star for the third consecutive season – the fifth time in his career – as he anchored the left side of an offensive line that was part of the CFL’s top rushing units once again.

Bryant, who was named the CFL’s Most Outstanding Lineman in 2017 and 2018, has started every game at left tackle since signing in February of 2015, boosting his consecutive games played streak to 101.