Jackson Jeffcoat agrees to terms on extension with Bombers 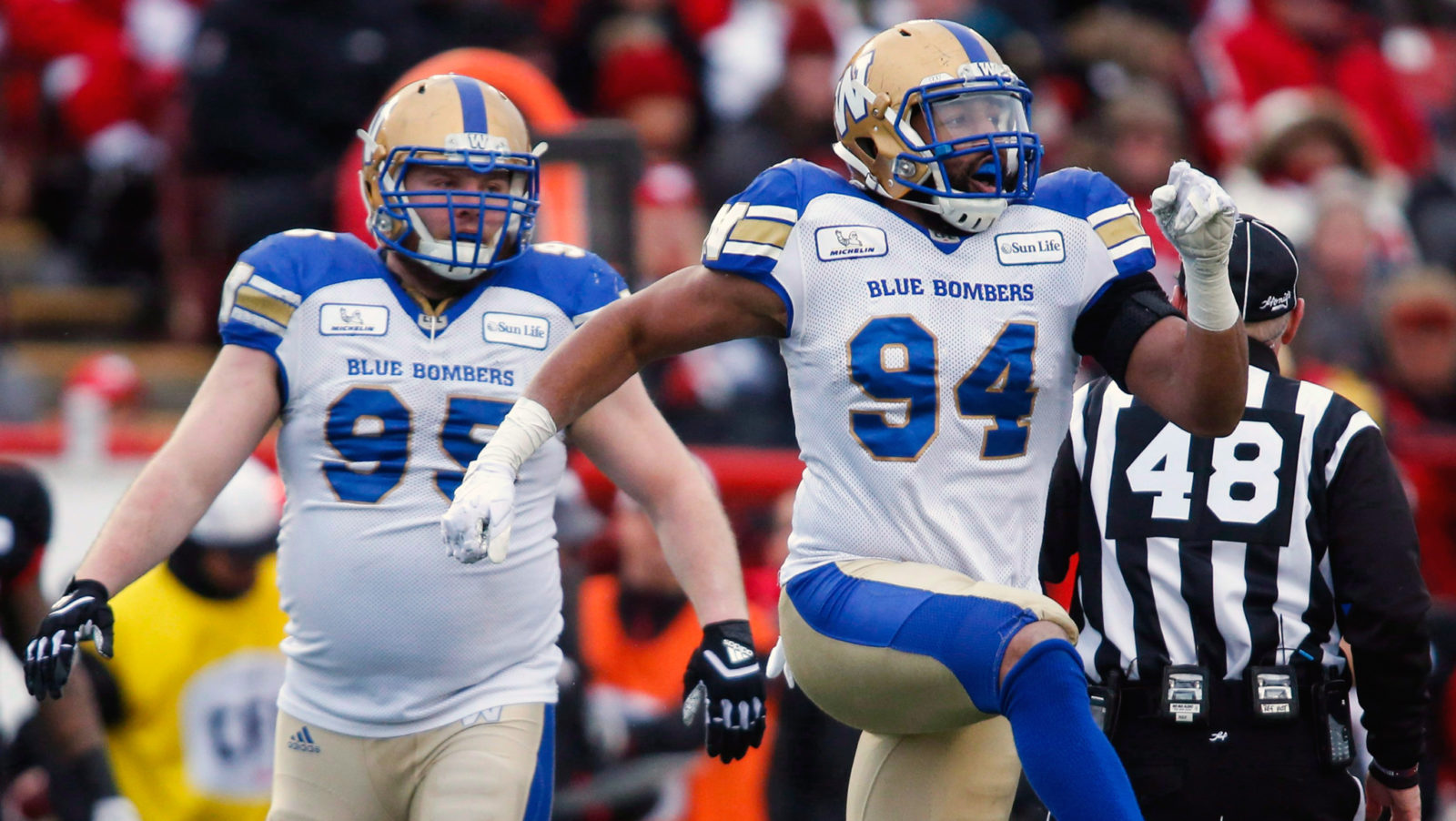 Jackson Jeffcoat agrees to terms on extension with Bombers

He was scheduled to become a free agent in February.

Jeffcoat (6-3, 253, Texas; born: December 29, 1991 in Dallas, TX) returns to the Blue Bombers for a fourth season after initially joining the team in 2017. Jeffcoat appeared in 12 regular season games in 2019 as an injury cost him a third of the campaign. He had five sacks, 23 tackles and two forced fumbles in those 12 games and then capped his season with some superb work in the playoff run to the Grey Cup championship.

In three playoff games, Jeffcoat was a difference maker especially in the Grey Cup where he registered four tackles, a tackle for a loss, two sacks and a forced fumble. In 40 games over his three seasons in Winnipeg, Jeffcoat has 80 tackles, 17 sacks, five forced fumbles and an interception.

The son of Dallas Cowboys/Buffalo Bills great Jim Jeffcoat, Jackson played his college ball at Texas and in his 2013 senior season he was a Consensus All-American, the Big 12 Conference Defensive Player of the Year and a First Team All-Big 12. He signed with the Seattle Seahawks as an undrafted free agent in 2014 and then joined the Washington Football Team. He appeared in nine games with Washington, making one start over the 2014-15 season and finished with one sack, an interception and four tackles. He spent time with the Cleveland Browns in 2016 before coming to the Bombers a year later.