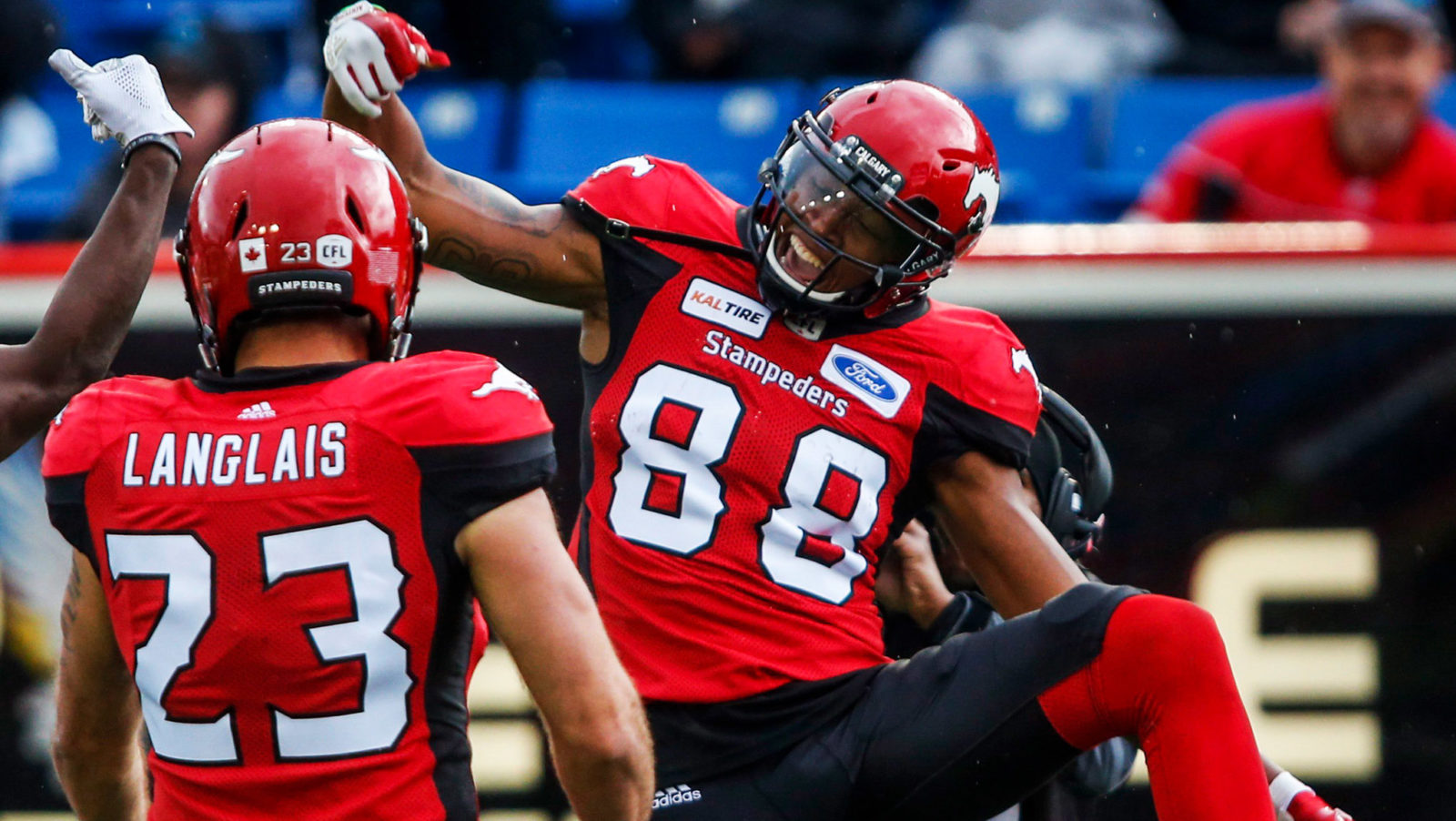 CALGARY — The Stampeders have retained the services of former all-star receiver Kamar Jorden who inked an extension with the club Friday.

Jorden earned West Division all-star honours in 2018 despite playing just nine full games before suffering a season-ending knee injury against Edmonton in the Labour Day Classic. Though he played barely half the season, Jorden ranked fourth in the West with 944 receiving yards and he was sixth in the division with six touchdown catches.

The Bowling Green alum missed the entire 2019 regular season as he completed his injury rehab but returned to action in the Western Semi-Final, making two catches for 15 yards.

“Kamar had established himself as one of the league’s top receivers prior to his injury and he has worked extremely hard to get back on the field,” said Stampeders president and general manager John Hufnagel. “I’m confident he will return to his previous level of play in 2021.”

Jorden, who first signed with the Stamps in 2013, has played 32 career regular-season games for Calgary and has accumulated 152 catches for 2,254 yards and 15 touchdowns.

“Calgary has truly become my second home since I first came up to the CFL in 2013,” said Jorden. “Everything I’ve learned and experienced as a player in this league has been with the Stampeders. I feel blessed to be able to continue building on that here with my guys in this locker room, as well as being able to continue representing the Calgary football community.”