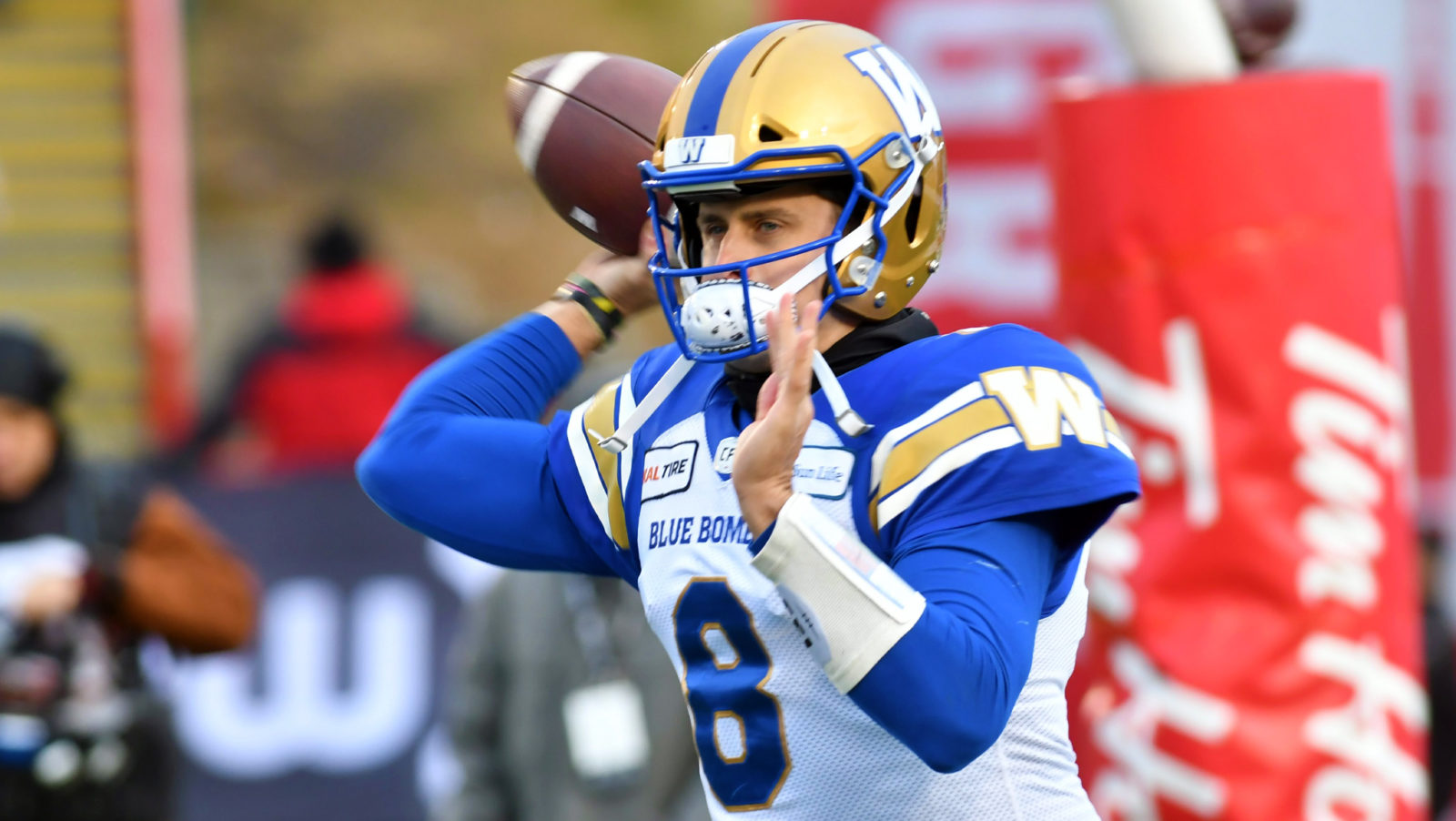 WINNIPEG –  The Winnipeg Blue Bombers today announce the club has agreed to terms with quarterback Zach Collaros on a restructured contract.

Collaros initially signed to a two-year extension in late January a year ago, Collaros agreed to this restructuring as part of his commitment to the Bombers for the 2021 season.

Collaros was acquired by the Bombers in a deal with the Toronto Argonauts at the Canadian Football League trade deadline on October 9, 2019. The Bombers acquired Collaros and a fifth-round selection in the 2020 CFL Draft (used to select kicker Marc Liegghio) for first and third-round picks in the same draft.

The veteran quarterback capped the 2019 season with a storybook ending in Winnipeg, helping lead the Bombers to the Grey Cup championship. He started four games in blue and gold – one regular season contest and three in the playoffs – to post a perfect 4-0 record behind centre.

In his four games as a Bomber, he completed 67 of 97 pass attempts (69.1 percent) for 851 yards with four touchdowns and one interception. He had opened the 2019 season as the starting quarterback of the Saskatchewan Roughriders, but was injured in the first game and was later traded to Toronto for a conditional fourth-round draft pick in 2020. He did not see any action with the Argonauts before being traded to Winnipeg.