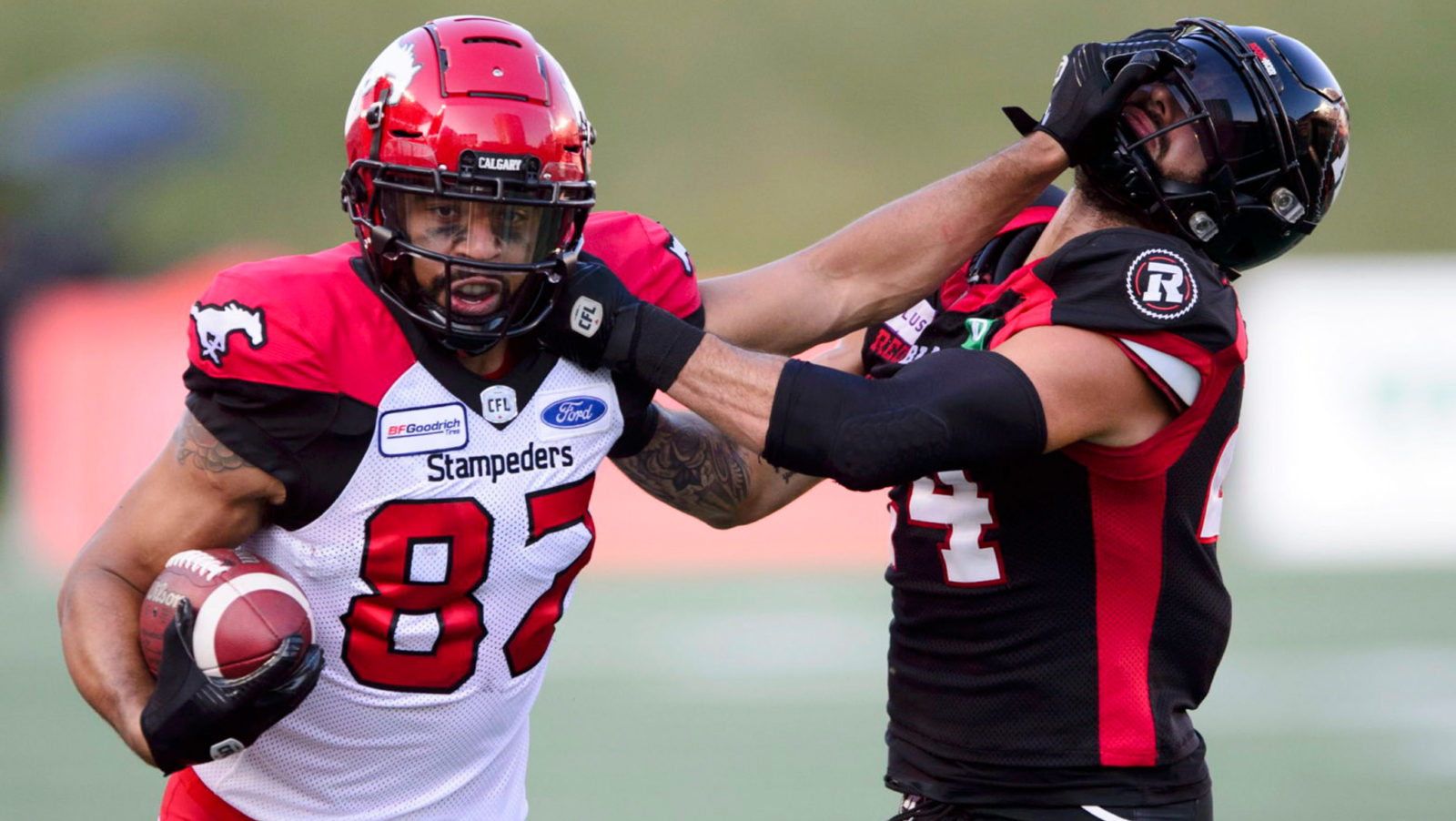 TORONTO — The Toronto Argonauts have signed Canadian receiver Juwan Brescacin to a contract extension, the team announced on Wednesday.

Brescacin signed with his hometown team as a free agent in February of last year but never suited up with the Boatmen due to the cancelled 2020 season.

The 28-year-old, played his entire four-year CFL career in Calgary (2016-2019) and over an injury-shortened four game 2019 season, caught 11 balls for 168 yards and three touchdowns. The Mississauga native had his best season in 2018 when he hauled in 60 catches for 567 yards and three touchdowns while helping the Stamps win the Grey Cup that season. The 6’3, 222-pound pass catcher has amassed 69 receptions, 1,046 yards and six touchdowns in 44 career games for Calgary. The Northern Illinois alum played four seasons for the Huskies (2012-2015), bringing in 1,465 receiving yards and 13 touchdowns in 40 games.

Tyson, 27, was drafted by the Seattle Seahawks in the sixth-round of the 2017 NFL Draft and spent parts of that season on the active roster and practice squad but saw no playing time. The following year the 6’1, 210-pound DB was signed by the Houston Texans where he would play 10 games recording five tackles. Tyson was most recently claimed off waivers by the Green Bay Packers in 2019. The University of Cincinnati alum played four seasons with the Bearcats (2013-2016) and tallied 137 tackles, 7.5 tackles for loss, seven interceptions and 18 pass deflections in 43 games played.