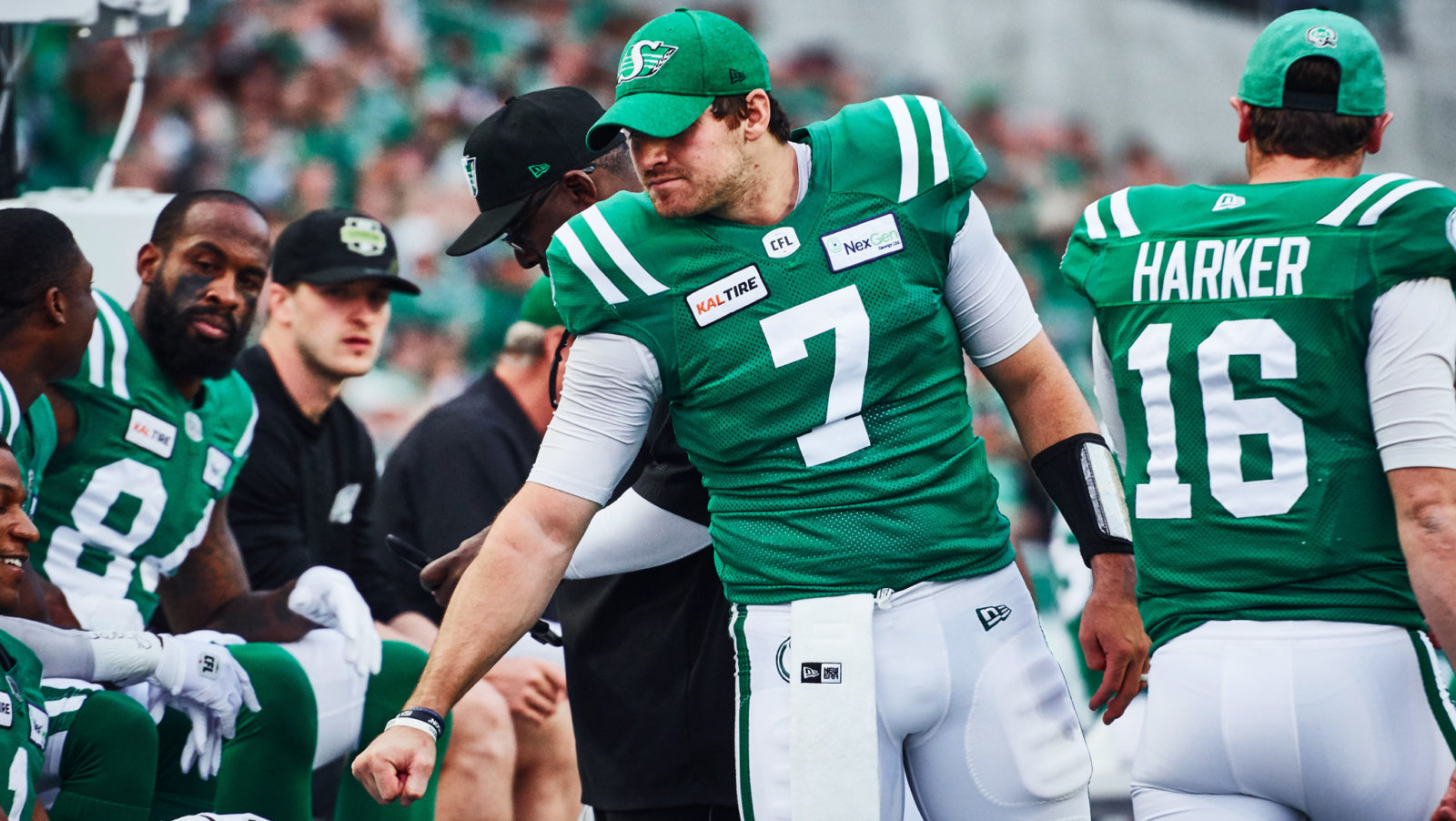 TORONTO — The first few months of the new year have been much different than Cody Fajardo has been used to.

He has been notoriously known as backup QB and short yardage expert throughout his entire CFL career and Fajardo usually headed into the months leading up to free agency with questions in his mind. He would be left wondering if any of the nine teams would come calling to sign him to a contract or not.

This year, things couldn’t be any more different.

Saskatchewan’s franchise pivot signed an extension just five days into the new year, locking him in green and white through the 2022 season. He’s also been on general manager Jeremy O’Day’s call list to get input on the rest of the team. That’s another part of being a starting pivot that he has not experienced throughout his time playing in the league.

“Something I really didn’t realize early in my career in the CFL just being a backup or a short yardage guy is how much the team actually asks for input from a franchise quarterback,’ Fajardo told Donnovan Bennett on this week’s episode of The Waggle presented by Sport Clips. “Those are things I’m still kind of getting used to when JO (Jeremy O’Day) says, ‘hey, what do you think about this guy and this guy?’ They’re really trying to build a team around me, the quarterback, and I’ve never had that rockstar treatment, I guess. I’ve always been the guy going into free agency talking with my wife like, ‘well, are any teams going to call me?’ or ‘am I done playing football this year?'”

“Being wanted is a lot better than just being liked. And I definitely feel wanted and loved with the Roughriders.”

So what does Fajardo look for in a teammate? It’s not the accolades or the stats, it’s the personalties.

“The number one thing that I personally look for is what type of guy are they? In the locker room, on the field, off the field,” said Fajardo. “Yes, I would love to get all the hard-hitting, trash-talking guys on my team because then I don’t have to deal with that on a week-to-week basis, but I really believe that championships are won in the locker room. When you have a group of guys that are really close-knit and together and really are playing for the guy next to them, I think that’s when you see teams win championships.

The 28-year-old has worked hard to get into that position, where his GM leans on him for input, helping to select the best guys to join their locker room.

He started as a backup in Toronto and BC, and was the backup to Zach Collaros when he arrived in Saskatchewan at the beginning of the 2019 season. But as fate would have it, an injury would sideline Collaros in the first game of the season, opening up the opportunity for Fajardo to take the reins and never look back.

He would finish the season leading the league with 4,302 passing yards while throwing 18 touchdowns and took to his feet to add 611 rushing yards and 10 touchdowns. He also helped his Riders to a 13-5 season and first place in the West Division for only the third time since 1975.

It took Fajardo a while to feel like he’s the one that his teammates look to for what to do next, but now, with a new contract in hand, he’s comfortable and ready to see where things take him in 2021.

“For me, policing the locker room, that was something I was getting more comfortable with as 2019 was going on,” said Fajardo. “I still felt myself as the backup quarterback and it wasn’t until they traded Zach that I really felt like (I was the starter) and now the players started looking at me like, ‘hey Cody, this is your team now.’

“And it was a situation I haven’t been in since my senior year in college. (It’s been ) about five years since I was the guy in the locker room. It took me a while to get my sea legs back and that’s what I was looking most forward to in 2020, was stepping foot day one of training camp, being the guy, and just taking on a bigger leadership role. That was something I was really excited about, and obviously we all know what happened in 2020.”