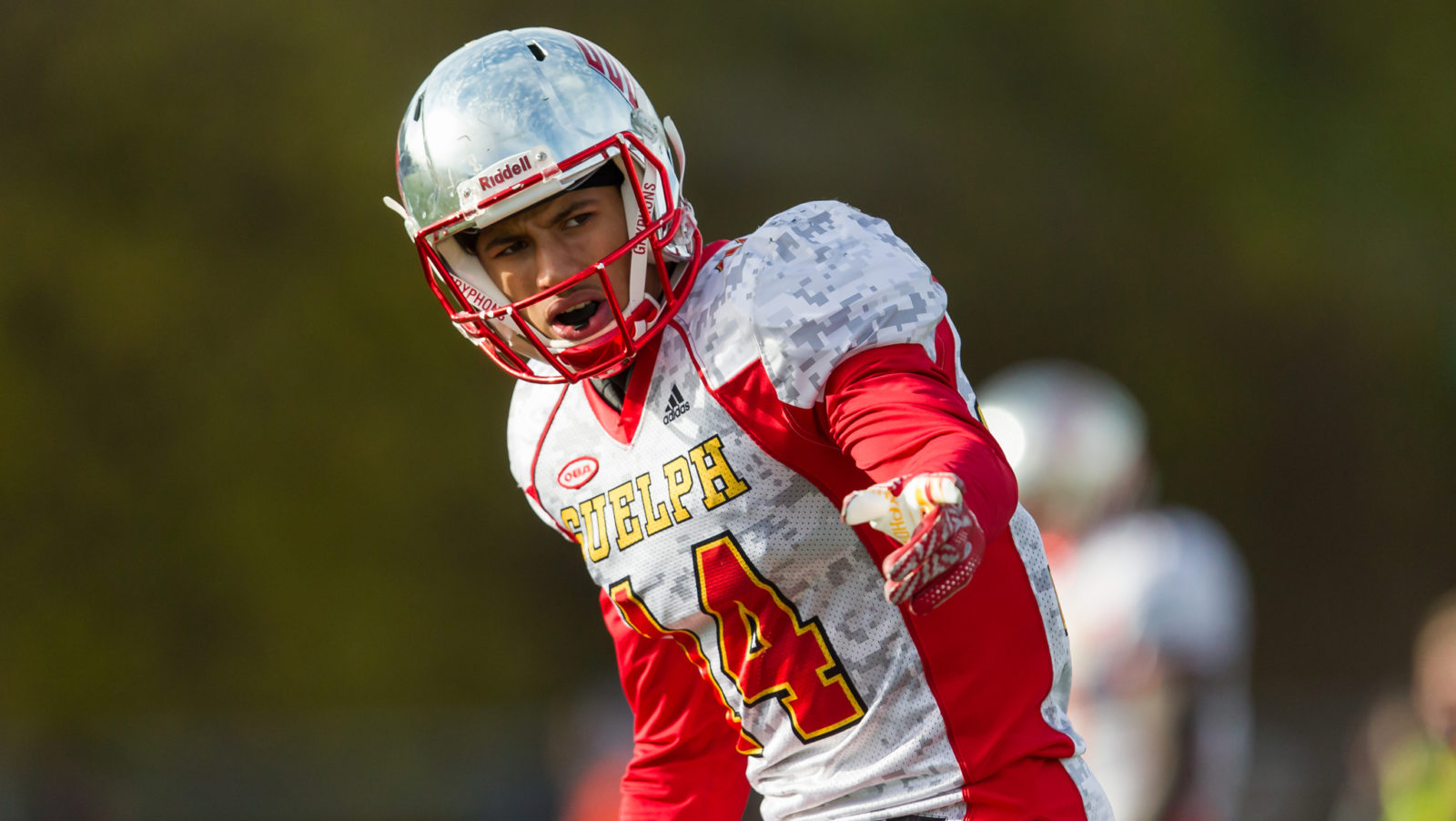 REGINA — The Saskatchewan Roughriders have signed five more members of their 2020 draft class, the team announced on Tuesday.

Schaffer-Baker (6’4–195lbs) spent four collegiate seasons at the University of Guelph. The Mississauga native played in 28 games recording 95 receptions for 1,544 yards and eight touchdowns. He impressed at the 2019 East-West Bowl where he led all receivers with five catches for 126 yards and a touchdown.

Allen (6’1–210lbs) finished his fourth year of eligibility at the University of Guelph in 2019 playing in 31 games as a defensive lineman. The Burlington native made 63.5 tackles, five-and-a-half sacks,12 tackles for loss, one forced fumble and three fumble recoveries. Allen has shown tremendous versatility during his collegiate career, lining up at both linebacker and defensive end. In 2018, he was named a OUA Second Team All-Star.

Femi-Cole (5’10–218lbs) finished his first season at Western University in 2019. The Ontario native played in eight games for the Mustangs recording 40 carries for 174 yards and five touchdowns while adding four tackles.  Prior to playing at Western, Femi-Cole attended the University of Minnesota where he played in 13 games, making one reception for 13 yards and 15 carries for 67 yards.

Lawson (6’6–285lbs) spent two years with the Carleton Ravens playing in nine games as an offensive lineman. Lawson played in the 2019 East-West Bowl and was in the Top-20 on the Central Scouting Bureau list for much of 2019. Prior to attending Carleton, the BC native spent time with the Langley Rams and the White Rock Titans of the Canadian Junior Football League.

The signing of first round pick Mattland Riley was announced Monday, January 18. Eighth round pick Neville Gallimore remains with the Dallas Cowboys, who selected the Ottawa native in the third round, 82nd overall, of the 2020 NFL Draft and has played in 14 NFL games this past season.