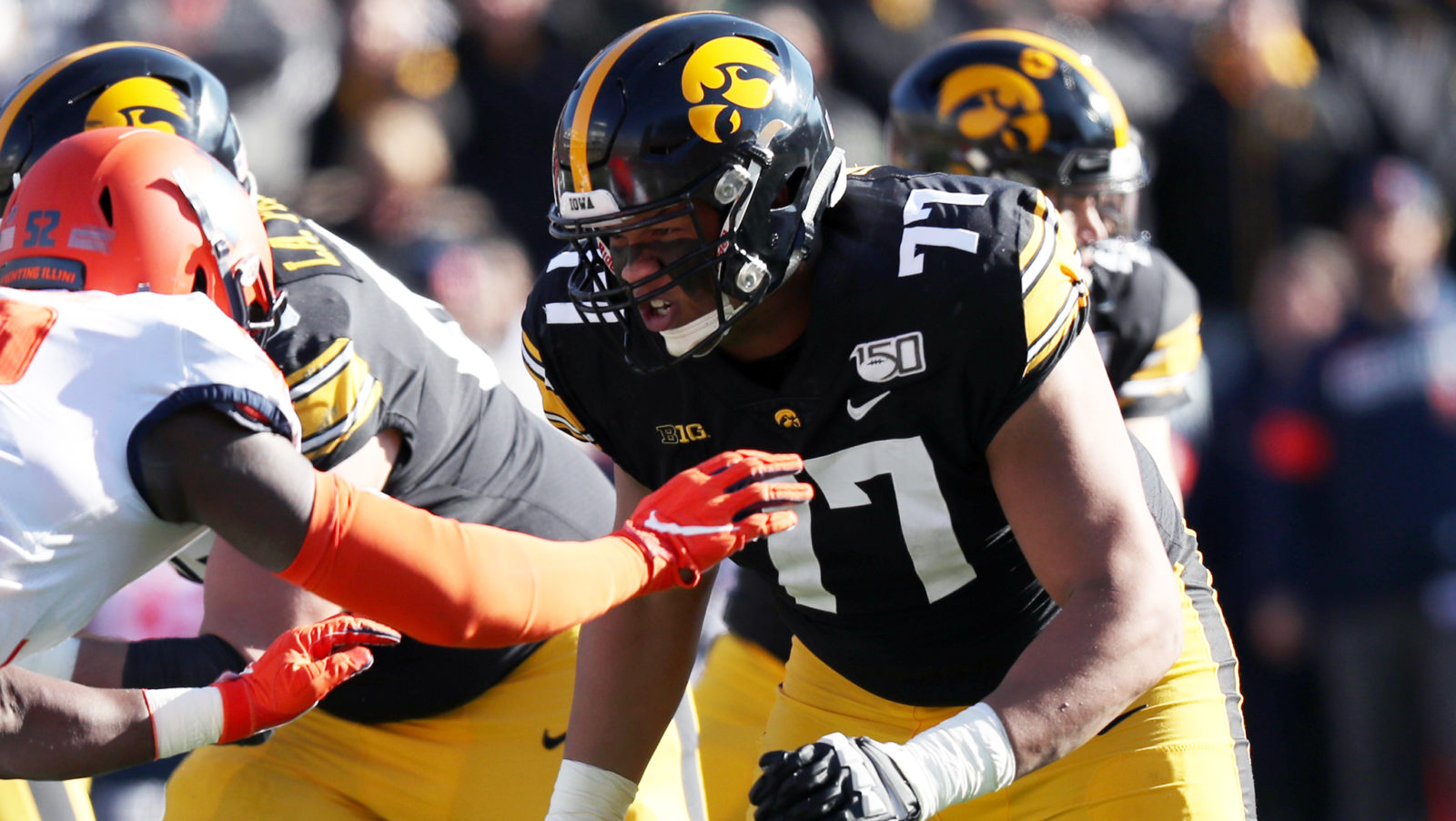 TORONTO – The CFL Scouting Bureau has published the second edition of the Top-20 prospects eligible for the 2021 CFL Draft. The league also announced that eligible NCAA players will not have their draft year deferred.

Please note: The number in parentheses is the player’s ranking from the last CFL Scouting Bureau, published in October.

The league also announced that NCAA players who are draft eligible in the 2021 CFL Draft, and decide to use their extra year of eligibility, will not have their draft year deferred.  In August, the NCAA Division 1 Board of Directors also decided to grant another year of eligibility to any Fall sport athletes denied an opportunity to compete this year because of COVID-19.

Windsor native Alaric Jackson started all eight games at left tackle this season for the Hawkeyes, which led to a berth into the Music City Bowl against Missouri (the bowl game was cancelled due to COVID-19). This season, Jackson was part of an offensive line unit that ranked second in the Big Ten in fewest sacks allowed, first downs, fourth down conversions and scoring offence and third in red zone offence. Jackson was also named to the second-team All-America by the American Football Coaches Association. He finished his career with 42 career starts at left tackle. In 2020, Iowa finished 16th in the final Associated Press Poll. The six-foot -six, 315-pound tackle will also participate in the Reese’s Senior Bowl in Mobile, Alabama at the end of January.

During the 2020 season, Palmer led the Tennessee Volunteers in receptions (33), receiving yards (475) and receiving touchdowns (4) becoming only the sixth Vol from Canada to earn a letter all-time. The Brampton, Ont. native finished his collegiate career with 99 receptions, 1,514 yards and seven touchdown receptions across 47 games. Like Jackson, he will also participate in the Reese’s Senior Bowl.

Despite missing several games due to an injury, Hubbard led the Cowboys in rushing with 625 yards, averaging 4.7 yards per carry and scoring six touchdowns (5 rushing, 1 receiving). The six-foot, 208-pound back was named to the 2020 All-Big 12 Football Second Team. In his sophomore season, the Sherwood Park, AB native rushed for 2,094 yards and a whopping 21 majors. This led to him being named Big 12 Offensive Player of the Year and finished eighth in Heisman Trophy voting. In his three seasons with the Cowboys, he rushed for 3,459, scored 36 touchdowns and averaged 5.9 yards per carry. In 2020, Oklahoma State finished 20th in the final Associated Press Poll.

Ogbongbemiga had a terrific final season in Stillwater, OK. He finished second on the team with 80 tackles (50 solo, 30 assisted) while adding five tackles for a loss, 2.5 sacks and three forced fumbles. For consecutive seasons, the Calgary, AB native was named to All-Big 12 Football Second Team. He finishes his collegiate career with 208 tackles (131 solo, 77 assisted) 25 tackles for a loss, nine sacks, three fumble recoveries and an interception.

Holland opted out for the 2020 college football season as well as his playing eligibility to enter the NFL draft. In his first two seasons at Oregon, the Coquitlam, B.C. native notched nine interceptions in his first two seasons at Eugene. As a freshman and sophomore, he led the Ducks in interceptions, marking the first time an Oregon player has done that since Jarius Byrd. In two seasons he racked up 108 tackles (71 solo, 37 assisted) 10 passes defended and 4.5 tackles for a loss. Holland also took part in punt returns where he accumulated 17 punt returns with a 15.3 yards per return average.