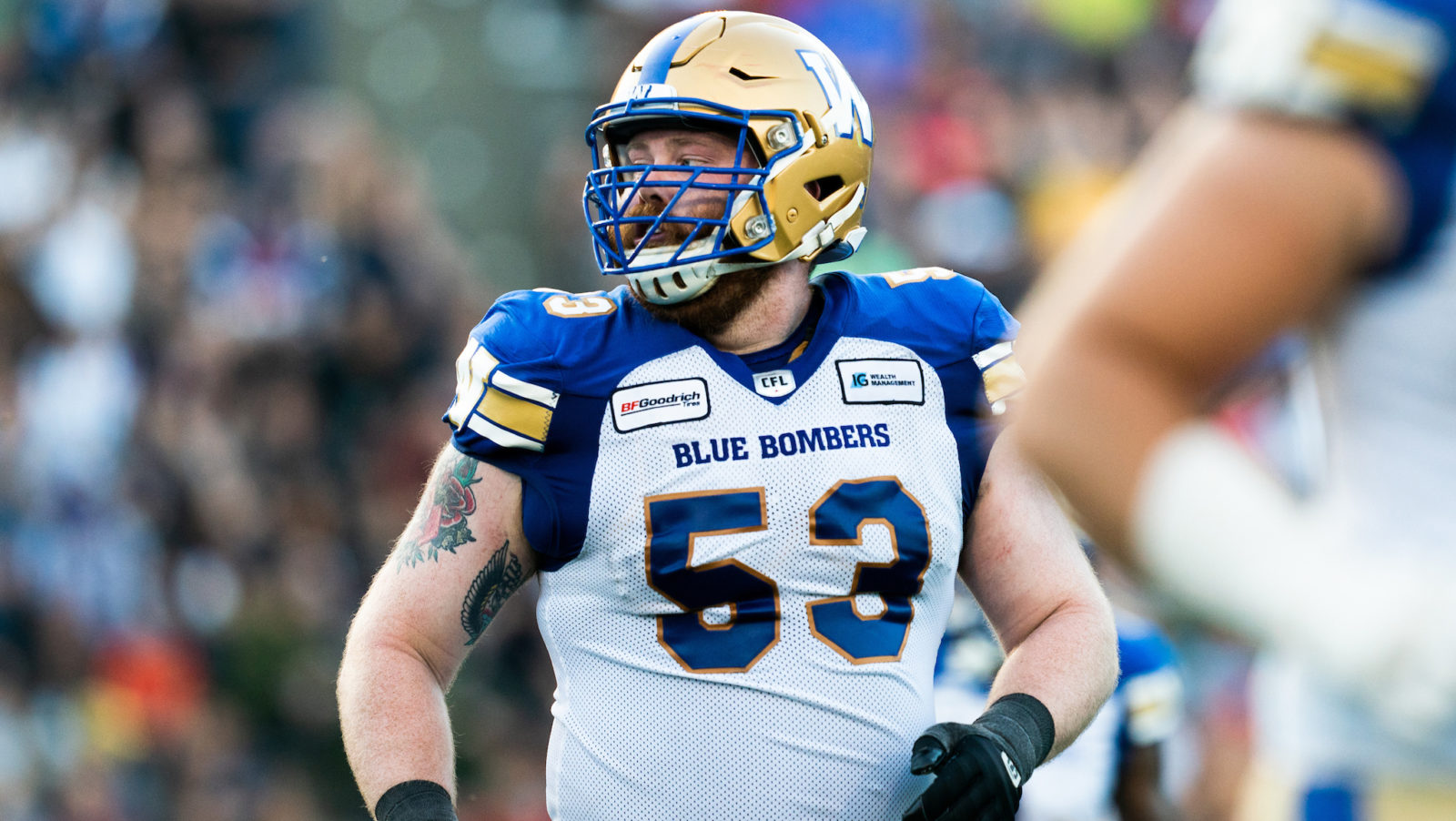 WINNIPEG — The Winnipeg Blue Bombers have agreed to terms with veteran offensive lineman Pat Neufeld on a one-year extension, the team announced on Tuesday. Neufeld was scheduled to become a free agent in February.

Neufeld (6-6, 315, Saskatchewan; born: December 26, 1988 in Regina, Saskatchewan) will be entering his 10th CFL season in 2021 and is the second-longest serving Blue Bomber after Jake Thomas. Neufeld was injured just before training camp in 2019 and missed the first 12 games of the regular season. He returned to the starting lineup on September 21 in Montreal and lined up at his guard spot for the final six regular season games and all three playoff contests – including the Grey Cup victory.

He was part of an offensive line that helped Andrew Harris capture his third consecutive rushing title and as the 2019 season ended was considered among the best guards in the league.

Selected by the Saskatchewan Roughriders in the fifth round of the 2010 CFL Draft, 33rd overall, Neufeld returned to the University of Saskatchewan that year and then joined the Riders in 2011. He was traded to Winnipeg on October 10, 2013 for Alex Hall and a second-round pick in the 2014 CFL Draft.

Neufeld has suited up for 106 games in his CFL career with both the Blue Bombers and Riders, including 68 starts.