Dobson excited by prospect of being selected in CFL Draft 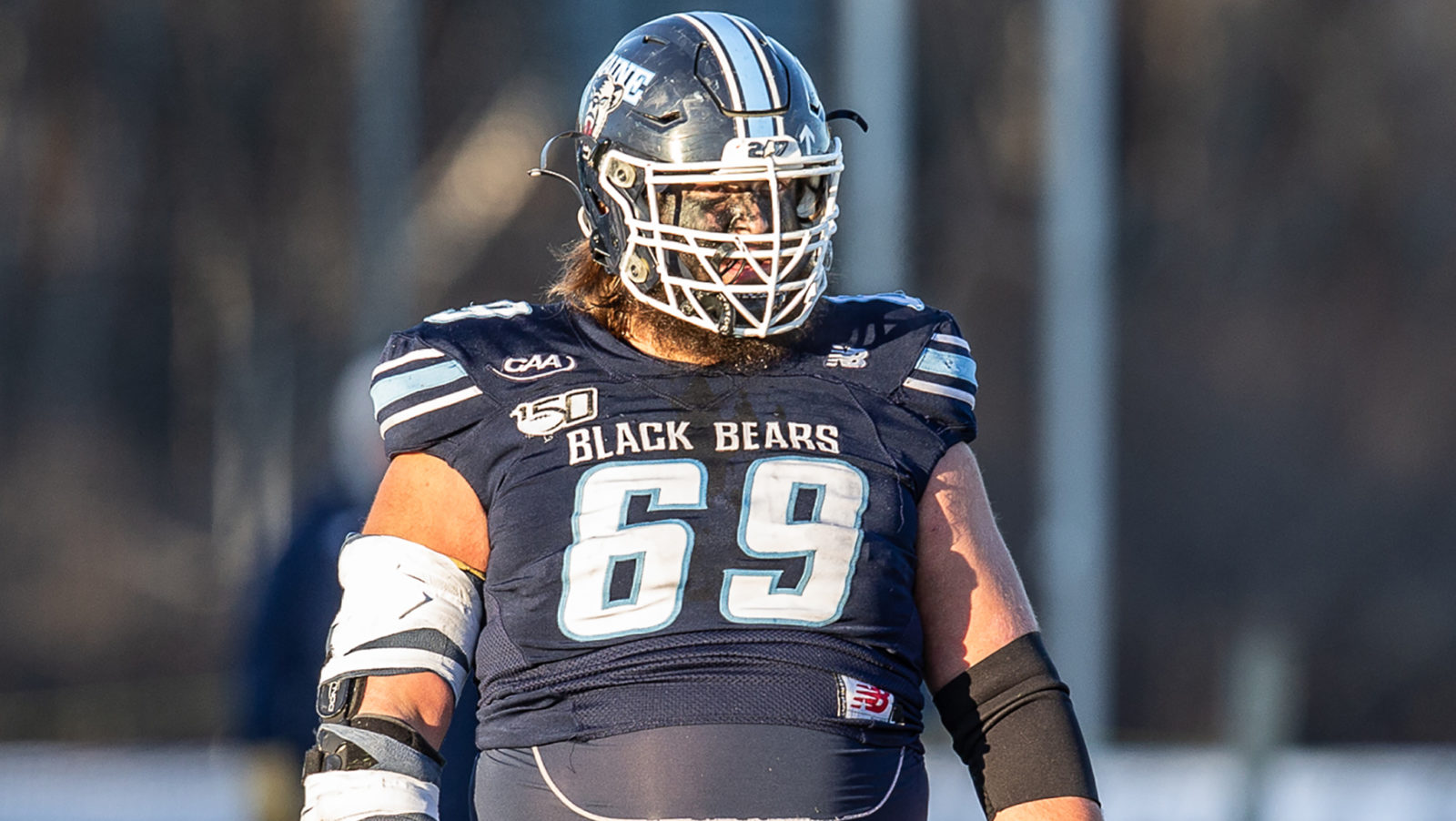 Dobson excited by prospect of being selected in CFL Draft

TORONTO — Offensive lineman Liam Dobson has been a prospect that many fans north of the border have been looking forward to seeing as a professional for years.

The Ottawa, Ont., native has spent the first three years of his collegiate career with the University of Maine, however, he and his teammates were forced to watch from the sidelines.

The FCS cancelled games for the fall seasons, and while they will be holding games in the spring, Dobson decided that it would be in his best interest to enter the transfer portal and try to push for a chance to play FBS football.

“I have one more year of eligibility and the FCS is starting to play games in the spring, and with the draft and everything happening, I figured I didn’t want to play too close to that,” Dobson said. “So I decided to transfer and play my last year of eligibility at an FBS program and just try to prove myself again. Maine typically played two FBS games, and with the pandemic going on, I don’t know if they would have been able to schedule those FBS games.

“Everything I’m hearing from scouts and agents, the film I would need to acquire would be those FBS games. So that is what led to me making the decision.”

EPISODE OVERVIEW: Fresh off the release of the winter edition of the Scouting Bureau, Donnovan chats with Canadian NCAA lineman Liam Dobson, CFL prospect and sought after transfer from the University of Maine who has found a new home at Texas State for his final season of college play.

Dobson officially entered the transfer portal back in December, and after reportedly considering a handful of teams, he landed with Texas State.

The Bobcats play out of the Sun Belt Conference, giving Dobson an excellent chance to play against top-flight pass rushers before making the jump to the pro ranks. But it was a conversation with fellow Ottawa native Samuel Obiang that ultimately swayed him to join the team.

“He just said that the team was trending in the right direction and there was a positive energy around the team and good vibes in the locker room,” Dobson said. “Just from my conversations with the staff, the head coach, the position coach, and other coaches, I just got really good vibes from all of them.

“…It was a tough decision for me because all of the schools that I went to were great schools. The deciding factor was just my relationship with (Sam) and just being able to come in and connect right away.”

Dobson is an intimidating presence out on the edge, standing at 6-foot-3, 340 pounds, but he’s got scary athleticism for someone with his frame. He owns a 29-inch vertical and has the ability to dunk a basketball.

He played both guard and tackle while with Maine, starting 27 of the 30 career games he suited up for with the Black Bears. Dobson has been called a mauler on the offensive line and is someone who can drive a defender to the ground once he engages with them.

Dobson is just one of many Ottawa natives who are taking the football world by storm. There has been a true renaissance in the region and Ottawa natives are now gracing rosters in both the collegiate and pro ranks, respectively.

In the 2020 NFL Draft, Ottawa native Neville Gallimore was selected in the third round by the Dallas Cowboys — Saskatchewan also took him in the eighth round of the 2020 CFL Draft. Ottawa football continues to be on the rise, and on top of boasting two top-flight U SPORTS programs, the talent hailing from the nation’s capital just continues to get better and better.

“I attribute some of it to the competition and there being good athletes around, so you always want to work harder,” Dobson said. “If you look at programs like Gridiron Academy and look at the people who have worked out there and gone on to play college and professional football — whether it’s the NFL or CFL.

“There’s just people in your corner who want to help you succeed and want the best for you, and that’s athletically and academically. I just feel like those systems helped create the talent because, without great coaching, talent can be wasted. So it’s the people who are willing to help young kids that are playing hard and put in an effort and really take them over the top that pushes us to be great college athletes and great football players.”

Now, Dobson looks poised to be one of the next Ottawa natives to make a splash in the pro ranks. He currently sits as the seventh-ranked prospect on the CFL’s Winter Scouting Bureau rankings and is the second-ranked offensive lineman.

For now, he’s looking forward to trying out some of the barbecue down in Texas after making the roughly 30-hour car ride from his previous campus to his new one.

But he’s right on the cusp of making his dream a reality, and he isn’t shy to admit that he’s thought about what the future might hold for him in the CFL.

“I’d be lying if I said I hadn’t,” he said. “I feel like every kid who’s been in my position has dreamt of being a draft pick. But I tend to just try to stay in the moment as much as possible because I know that there’s a lot of work that still needs to be done. I’ve thought about it more for the CFL because I love to travel.

“I’ve been to British Columbia a few times, and it’s a beautiful province and I think, ‘Damn, what if I get drafted there and get to live on the coast?’ And then obviously, I have family in Toronto, that would be amazing to be near lots of my family. Ottawa, hometown city, that would be fantastic. Saskatchewan, I have some friends out in Saskatchewan. So it’s just a whole process of like, ‘Man, almost everywhere I go in the CFL, it would be a great fit with lots of things for me to do.’

“So there’s just excitement there and I get to experience something new.”