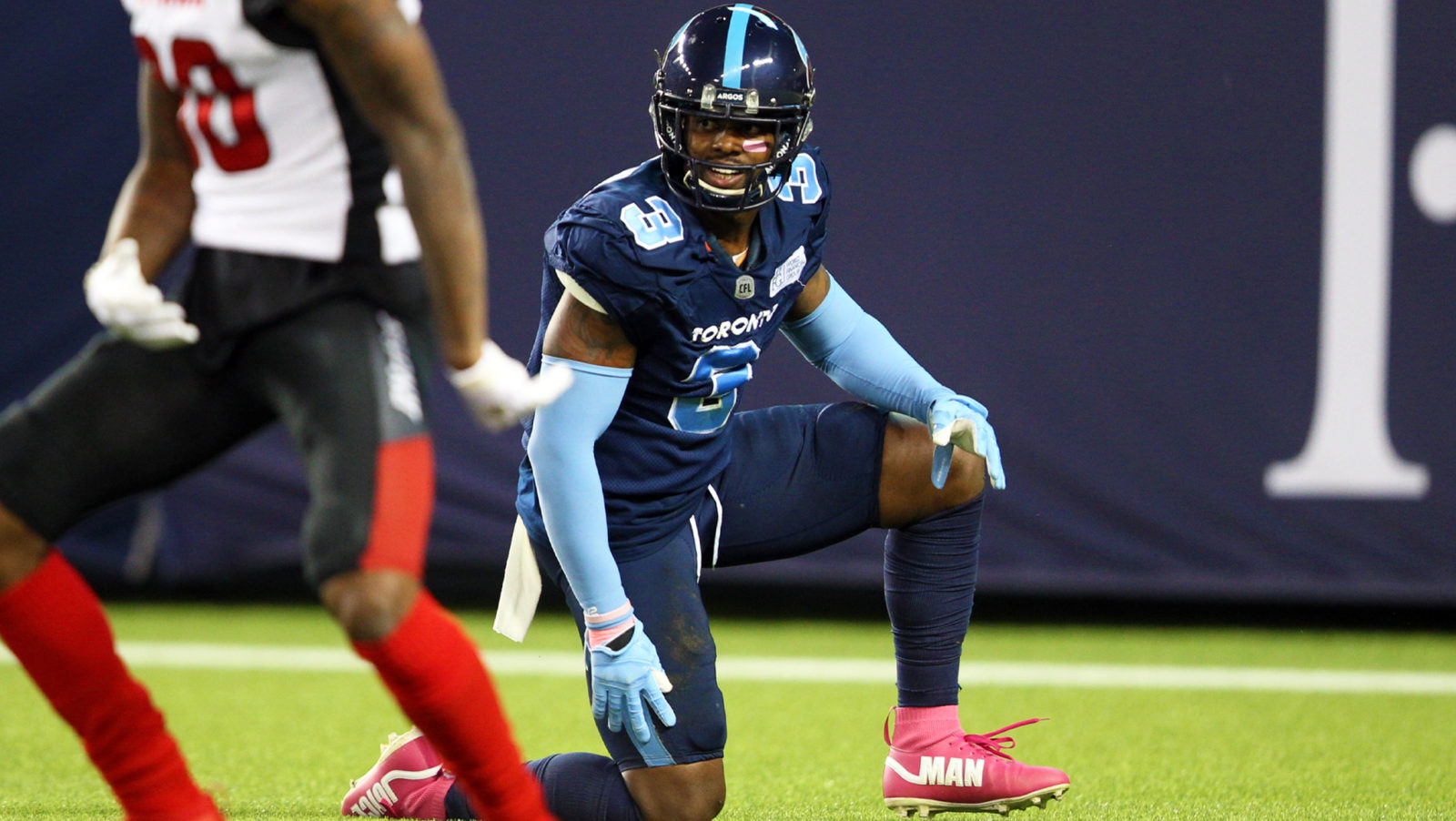 TORONTO — The Toronto Argonauts have signed defensive back Alden Darby to a contract extension, the team announced on Monday. Darby was set to become a free agent in February.

Darby, 28, played his third season for the Argos in 2019 and racked up 56 defensive tackles, two special teams tackles and five interceptions, third most in the league and tied for first in the East Division, in 17 games. The Long Beach, California native has 137 defensive tackles, one sack, eight interceptions and three defensive touchdowns in his 43-game Double Blue career. Before his time in Toronto the 5’11, 198-pound DB spent time in the NFL between 2014 and 2017 with San Diego, Pittsburgh, New Orleans and Indianapolis.

The Arizona State alum spent four seasons (2010-2013) playing for the Sun Devils and tallied 217 tackles, 10 interceptions in 50 career games. Darby was named All-Pac 12 twice during his time in college.

Bryant, 6’4 and 210-pounds, was drafted by the Pittsburgh Steelers in the fourth-round of the 2014 NFL Draft and had an impressive rookie season hauling in 26 receptions for 549 yards and eight touchdowns in 10 games. His 21.1 yards per reception that year led the NFL and his six receiving touchdowns in his first four games was an NFL record at the time. The South Carolina native had a career year in 2015 when he caught 50 passes for 765 yards and six touchdowns, while adding one touchdown and another 183 yards on 14 receptions in two playoff games. Bryant piled up another 50 catches, 603 yards and three touchdowns in 2017 before being traded to the Oakland Raiders prior to the 2018 season. That year saw the receiver snatch 19 balls for 266 yards in eight games. For his NFL career Bryant amassed 145 receptions for 2,183 yards and 17 touchdowns in 44 regular-season games.