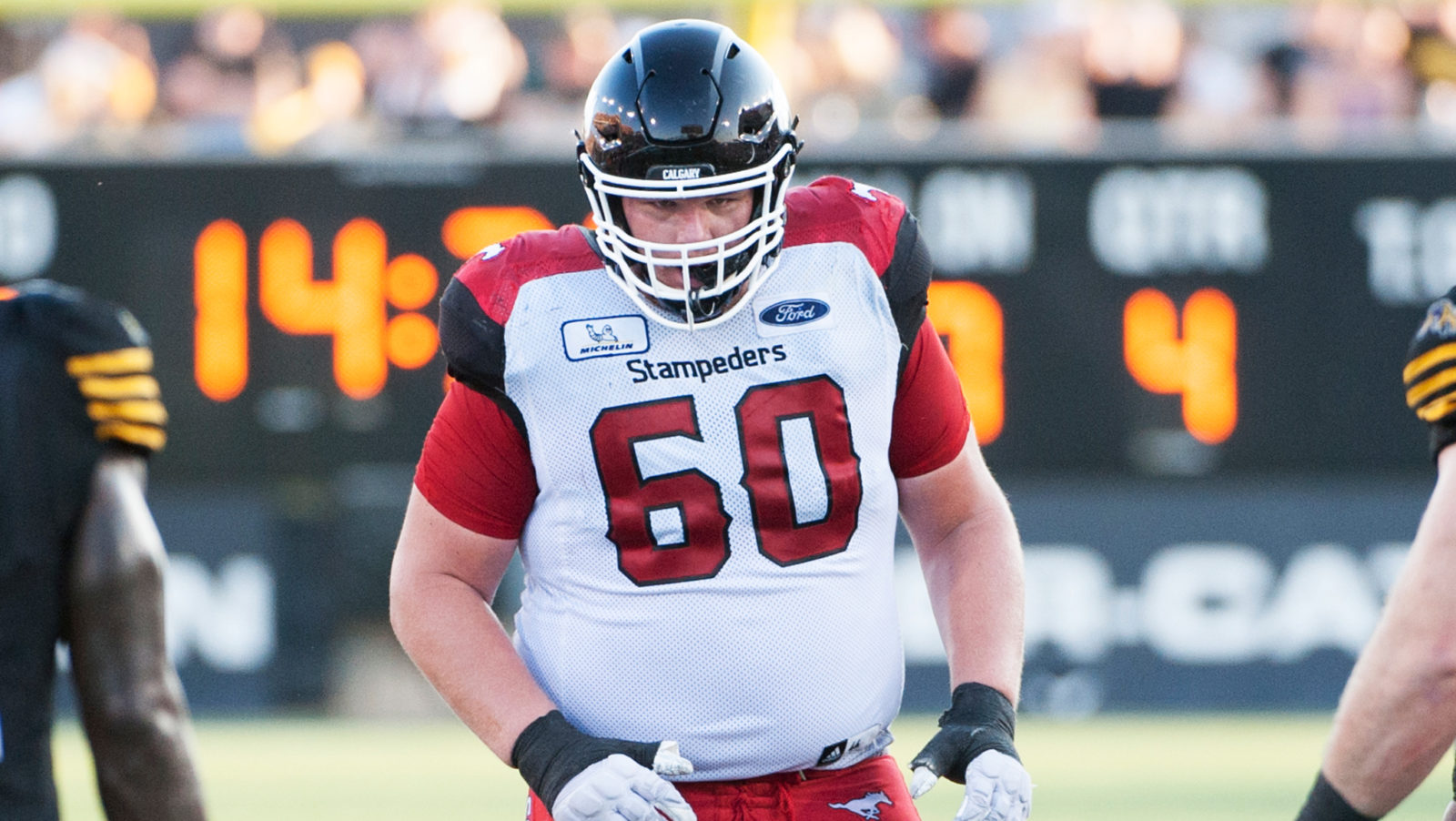 CALGARY — After seven seasons, 93 regular-season games, 10 post-season contests and two Grey Cup championships as a member of the Calgary Stampeders, offensive lineman Shane Bergman has announced his retirement from the Canadian Football League.

A sixth-round selection by the Stamps in 2013, the towering Bergman – the Teeterville, Ont., native stands six-foot-seven – became a fixture at left guard for a Stampeders offensive line that was consistently one of the top units in the CFL. After appearing in a single game during his rookie season in 2013, he made 102 starts at left guard over the final six seasons of his career.

“The time has come to close this exciting chapter of my life,” said Bergman. “I have been lucky enough make a career playing a sport I love for the last seven years, but all good things must come to an end. While I did plan to return for the 2020 season, COVID had other plans. However, I have been able to spend the last year at home with my family, watch my son take his first steps, say his first words and so many other milestones. They say home is where the heart is, and that’s where I need to be at this point in my life. My body and my family will thank me.”

The University of Western Ontario product maintained a high level of play until the very end of his career, earning West Division and CFL all-star honours in 2019, his final season.

“Shane arrived in Calgary as an unheralded sixth-round draft pick and he worked extremely hard to become an all-star calibre player and one of the cornerstones of our offensive line,” said Stampeders president and general manager John Hufnagel. “He was a tower of strength at left guard and a very important part of our success during his time with the Stampeders, helping us win two Grey Cup championships. I thank Shane for everything he has done for the organization and wish him, his wife Brianne and their son Asher all the best in the future.”

“Shane will be very difficult to replace,” said Stampeders offensive coordinator and offensive line coach Pat DelMonaco, who was Bergman’s position coach for six seasons. “He worked extremely hard at his craft to become a consistent starter we relied on and he was well-respected not only by his coaches and teammates here in Calgary, but also by all of his opponents. Every player in the league knew he had to be at his best when he went up against Shane.

“I’m sad to see Shane go but at the same time I’m excited to see him start the second half of his life and I wish him and his family nothing but the best.”

“I would like to thank the Calgary Stampeders organization and their incredible staff,” said Bergman. “Calgary became my home away from home. Thank you to Huff for taking a gamble on this ‘project’ of a player – it has been a pleasure to play for you. Thank you to Dave Dickenson – I was happy to get a Grey Cup with you at the reigns – and a big thank you to Pat, who expects the most out of his players and himself. You have made me a better player and a better person.

“I have had the privilege to play alongside a number of amazing players and offensive lineman – Brad Erdos, Ucambre Williams and Derek Dennis, among many others – who made my job easier and always had my back.

“I couldn’t have done it without the continued support of friends, family and fans coming out to games, watching from afar and cheering me on. Thank you to my parents for years of games, practices and trips across the country to watch me play. And to my wife and son, their sacrifices and support have made it all possible and it’s good to be home.”