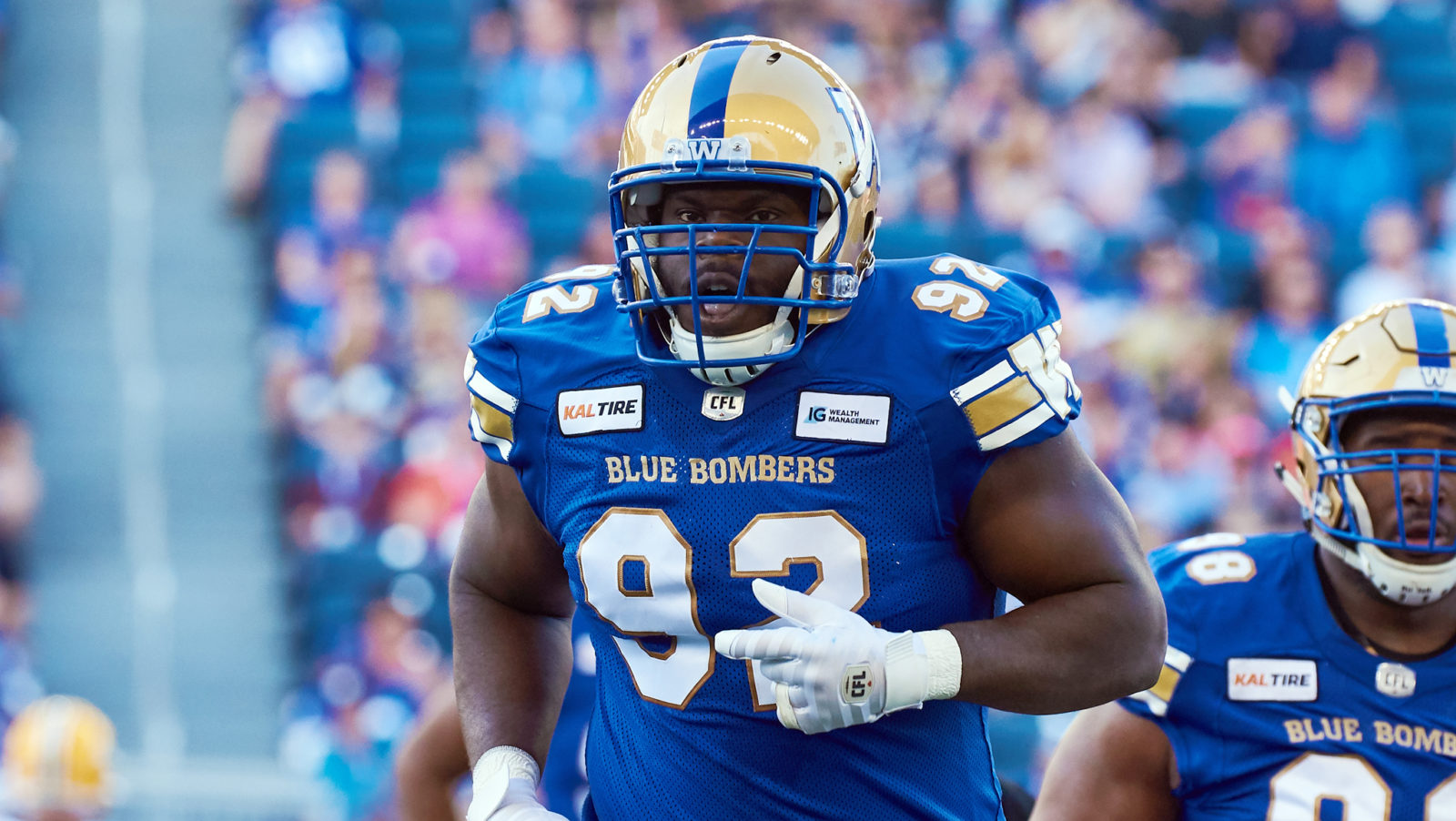 Nevis was set to become a free agent on Feb. 9.

Nevis, 31, joined the Argos during free agency in 2020 after a three-year stint in Winnipeg (2017-2019) that saw the defensive lineman rack up 72 defensive tackles and six sacks in 50 games while helping the Bombers win the 2019 Grey Cup. The 6’1, 195-pound defensive tackle came to the CFL in 2015 after being signed by Hamilton but missed the season due to injury. The next season saw the Louisiana native play 14 games for the Ticats and record 29 defensive tackles and a career-high five sacks in 2016. Nevis was drafted by the Indianapolis Colts in the third round of the 2011 NFL Draft and played 14 games over two seasons for the AFC South team. During 2013, the LSU alum played 11 games for Dallas and one game for Jacksonville, running his total NFL games played to 26 with 50 tackles and one sack. Nevis won a BCS National Championship with LSU in 2007.

Sinkfield, 30, played three preseason games for the New York Giants in 2019 recording seven tackles before being part of final roster cuts in late August. The 6’1, 200-pound specialist who has played multiple positions including defensive back, wide receiver and returner throughout his career has had many stops both north and south of the border. The Minnesota native broke into the NFL in 2013 where he had stops in Miami, Green Bay and the New York Giants before coming to the CFL and joining the Double Blue in 2014. Sinkfield played five games for the Argos that season catching seven passes for 90 yards and a touchdown, while returning 11 kickoffs for 240 yards. The Northern Iowa product joined Hamilton later that same season and went on to have his best season in 2015 hauling in 69 receptions for 1,030 yards and six touchdowns. A short stint with the Minnesota Vikings in 2016 led Sinkfield back to the CFL where he played seven games for the BC Lions and caught 16 passes for 297 yards and three touchdowns. The playmaker returned to Hamilton in 2018 and played in two games after stops in Minnesota again, New York (Jets) and Oakland.

Peters, 24, spent four years at Mississippi State University (2015-2018) playing in 46 games, starting 16, while tallying 99 tackles, one sack, three interceptions, two forced fumbles and 10 pass breakups. The 6’2, 220 DB played his Freshman season at safety before making the move to cornerback midway through his Sophomore season. The number one high school player in the state of Mississippi in 2015 had a brief stint with the Indianapolis Colts in 2019 as well as the XFL later that year.

Thornton, 31, most recently spent time in the XFL with the St. Louis Battlehawks before the league ceased operations in April of 2020. The 6’3, 315-pound DL was originally drafted by the Green Bay Packers in the third round of the 2014 NFL Draft but injuries cut his time in Wisconsin short and he was claimed by New England later that year before ending up in Detroit. With the Lions, Thornton would record 28 tackles, one sack and four tackles for loss in 23 career games between 2015-2017. The Southern Mississippi alum then spent the back end of 2017 and most of 2018 with the New York Giants before moving on to the XFL.