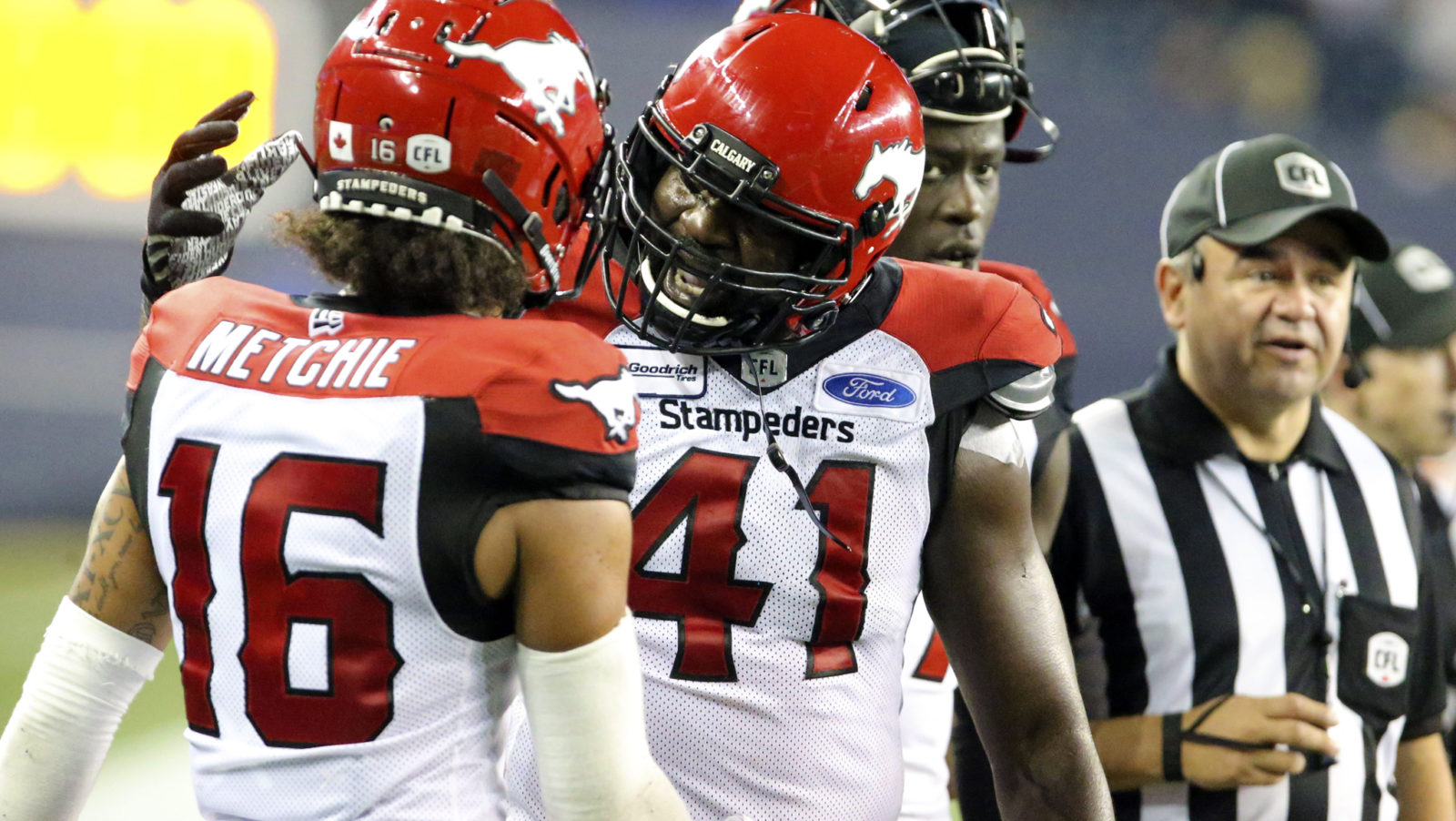 TORONTO — The Toronto Argonauts have signed American DL Cordarro Law whose playing rights were acquired in a trade with Calgary last week, the team announced on Thursday.

Law, 32, is a five-year CFL veteran, all in Calgary, and had his second career double-digit sack campaign in 2019 after registering 10 QB takedowns to go along with 41 defensive tackles and two forced fumbles in 16 games.

The 6’2, 250-pound native of Alabama had his best sack season in 2013 when he got to the quarterback 14 times, good for third best in the CFL. The 2018 Grey Cup champion has amassed 109 defensive tackles, 32 sacks, and four forced fumbles in his 48 game CFL career. The product of Southern Mississippi played 17 games over two seasons (2014-2015) with the NFL’s San Diego Chargers and tallied 21 tackles and one sack.

With this signing, all three players that were involved in the trade between the Argos and Stamps last week have been inked to deals with Toronto. Robertson Daniel signed a deal on Wednesday and Eric Rogers signed one on Monday.