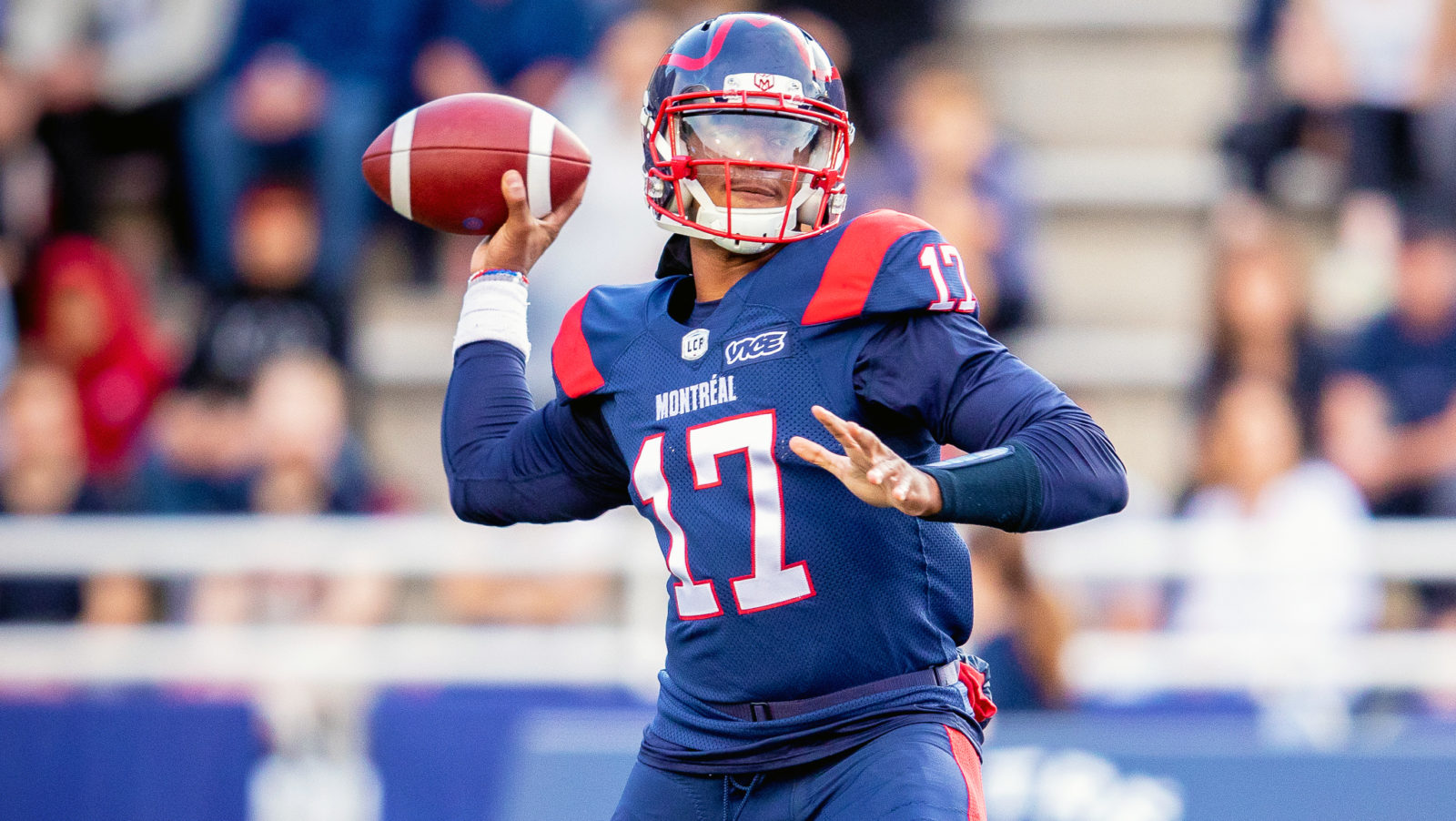 TORONTO — The Toronto Argonauts have beefed up their quarterback stable by signing free agent Antonio Pipkin.

The 25-year-old was signed by Edmonton in 2020 but played the previous three seasons in Montreal (2017 to 2019). He had his best season in 2018, completing 78 passes for 1,120 yards and three touchdowns, while rushing 45 times for 252 yards and eight touchdowns, tied for the fourth-most rushing scores in the league.

Pipkin was signed as an undrafted free agent by the Arizona Cardinals in 2017. The six-foot-three, 225-pound signal caller played collegiately at Tiffin University (2013 to 2016) where he broke virtually every school career passing record after throwing for over 10,000 yards and 88 touchdowns in 44 games. Pipkin also led the Dragons in rushing in both 2014 and 2016, finishing his career with over 2,000 rushing yards and 25 touchdowns.

Pipkin is the second QB on the Argos roster at the moment, after the team signed Nick Arbuckle on Feb. 1. Michael O’Connor, whom the team selected in the third round of the 2019 CFL Draft, signed with Calgary earlier on Tuesday. McLeod Bethel-Thompson will continue to weigh his free agent options, according to TSN’s Matt Scianitti.