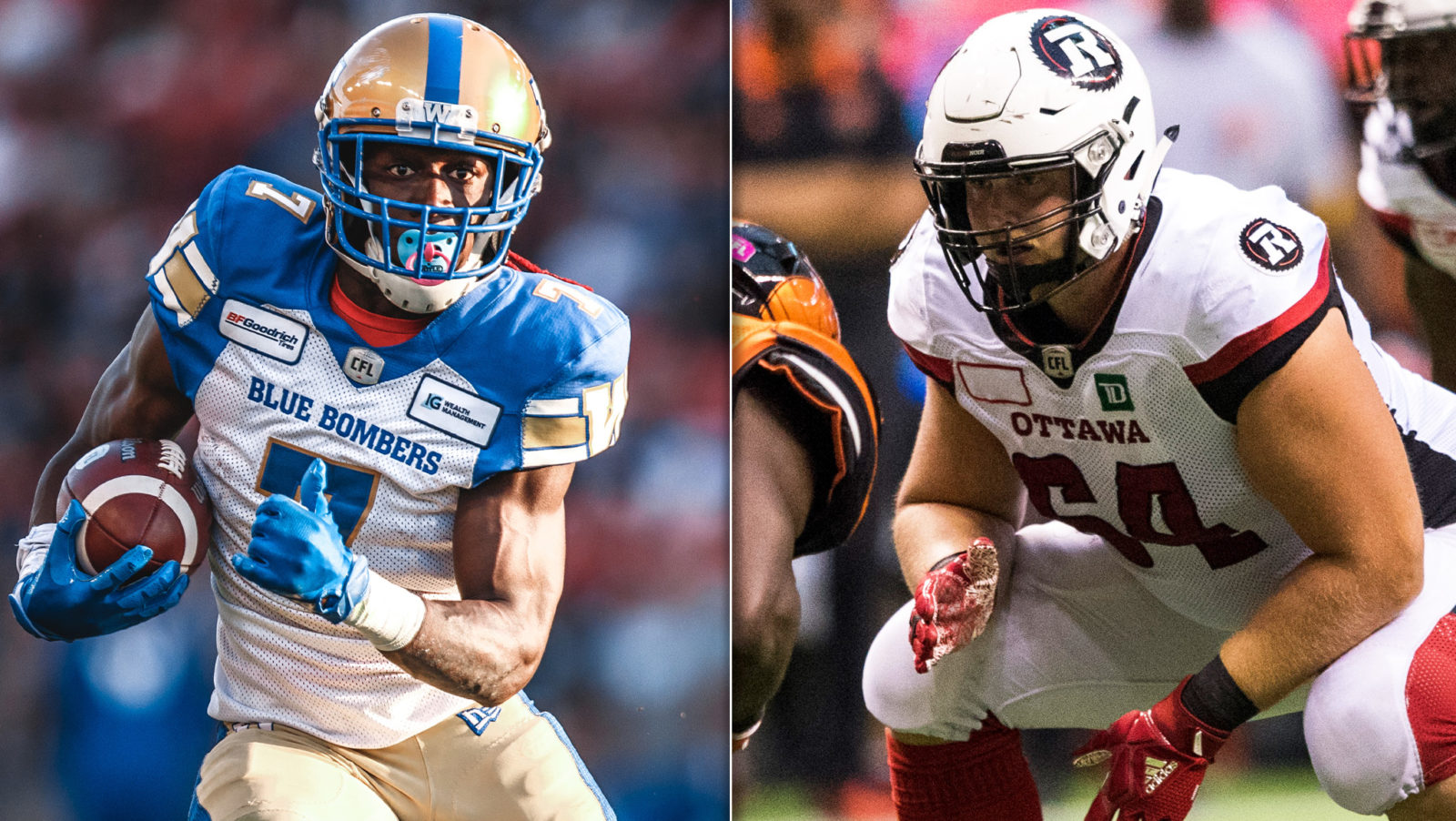 TORONTO — It has been a different time in the CFL sphere since the cancellation of the 2020 season, with teams eagerly awaiting the start of training camps and the 2021 campaign this summer.

On Tuesday, CFL free agency kicked off officially, and there were a flurry of moves that gave fans a glimpse of what to expect from their favourite teams this year.

On the latest episode of The Waggle presented by Sport Clips, Donnovan Bennett spoke with TSN’s Farhan Lalji and Spencer Zimmerman — who has had stints as a director of scouting for both Toronto and Hamilton — about the opening week of 2021 free agency.

EPISODE OVERVIEW: With day one of 2021 Free Agency in the books, Donnovan is joined by two experts with a deep passion for the game. TSN’s Farhan Lalji provides his thoughts on Solomon Elimimian’s retirement, the Argos’ impressive early moves, and how grassroots football can bounce back in Canada post-COVID. Later in the episode, we hear from Spencer Zimmerman, an experienced scouting director with stints with both Hamilton and Toronto to his name, who gives some deep insight into the thought processes teams go through during free agency.

Each of the nine teams made a signing on the opening day, some getting more hype and fanfare than others. While there was a large number of signings in the East Division, there were two signings that stuck out to Zimmerman, both in the West.

“One on the National side is Evan Johnson going back to Saskatchewan,” Zimmerman said. “He was a first-round pick a couple years back and in Ottawa, I think he’s really developed into a really solid player. He’s still really young, he’s probably hit the prime of his career, but you see the foot speed, the balance, he’s got a really great frame. He’s only going to continue to fill out the intelligence through the process.

“You see him just being able to see things, see different tracks and zones, and in the pass game, all the stunts, loops, and blitzes. Although he’s kind of a quiet kind of mild-mannered guy off the field, you can see that mean streak on the field. He’s got that guard-tackle flex, which is rare for a Canadian player. To have a guy that you can start at tackle, that’s an American you can kick out and play at a functional level out there and that’s just a huge plus and a big coup for Jeremy O’Day and the crew over there.”

The second player that Zimmerman pointed out was speedster Lucky Whitehead, who was one of the key signings for the BC Lions this off-season.

“He’s an explosive player, he’s sudden, and he’s a home-run hitter,” Zimmerman said. “…I kind of look back to a guy I worked with in Hamilton who is really having a Hall-of-Fame-type career and that’s Brandon Banks. And in Speedy’s first year, there was an acclamation process for him to come in, and he was this explosive and dynamic variant. He came as a four-year NFL player and it took him some time to acclimate, and as the years went on, he kind of got his groove, first as a returner, and now, he’s this ultra-productive MVP receiver.

“I think Lucky could be on that path. I’m not comparing him to Brandon Banks or the career that Brandon Banks has had, but I see him being another ascending guy and I think that was a great get for BC.”

Johnson solidifies a Riders offensive line that lost Dariusz Bladek and Philip Blake to Toronto last year. The 26-year-old Regina, SK, native has the chance to join his hometown team while offering Craig Dickenson some added flexibility with options on his O-line for 2021.

BC fell short of expectations in 2019, finishing last in the West Division with a 5-13 record. They had a tough time protecting their quarterback while also getting to the other team’s pivot. So it was unsurprising to see them address the defensive side and offensive line last off-season. They signed Micah Johnson, Ryker Matthews, JR Tavai and Chris Casher to strengthen the trenches. But with Johnson’s contract up again this off-season, he opted to re-join the Roughriders.

They added to their defence additionally this off-season, landing Marcus Sayles, Anthony Cioffi, and re-signing Kenny Ladler to strengthen their secondary. 2020 first overall pick Jordan Williams will also be debuting at linebacker fot the Leos this season.

Saskatchewan and Montreal were the busiest teams on the opening day of free agency, signing a combined 12 players to kick things off. But the team that has had the spotlight on it for the last few weeks is the Toronto Argonauts. The Double Blue have been wheeling and dealing this off-season, first agreeing to terms with quarterback Nick Arbuckle after releasing Matt Nichols — who they signed last off-season. They followed that up by landing Charleston Hughes, Martavis Bryant, Cordarro Law, Eric Rogers, Roberston Daniel, John White, and Odell Willis, to name a few.

But it’s the addition of Arbuckle that might be the biggest for the Argonauts. It’s no secret that quarterback is king, especially in the CFL, and with first-time head coach Ryan Dinwiddie waiting patiently to be in his first game since joining the Argos, he was able to land a man that he’s extremely familiar with from his days with the Calgary Stampeders.

While Arbuckle and Nichols likely weren’t expecting to be donning new colours at this time last year, this is the situation they’re facing. 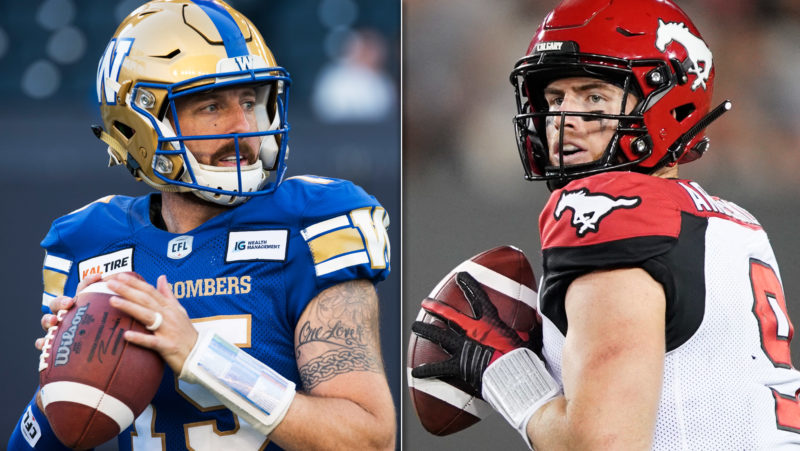 “As they went through an off-season, both quarterbacks got evaluated differently by their respective teams,” Lalji said. “All of a sudden, Matt Nichols, who was evaluated a year ago as an injured quarterback, all of a sudden became LaPo’s quarterback, and a guy that knew the system and was completely healthy and the best guy possible to implement what he’s done.

“Now, you’re Nick Arbuckle and you’re a quarterback who has only started seven games in 18 months. Whereas you started seven games a year ago and we could build on that, I think from Ottawa’s perspective, that gap devalued him a bit. And from Toronto’s perspective, you couple him with Ryan Dinwiddie and I like Matt Nichols a lot, but what you saw from Arbuckle (in 2019) is what you’re going to get from him going forward. He’s a really good young quarterback and has a ton of leadership skills and the locker room will rally around him. They liked him in Calgary and they’ve got good things to say about him. I think he’ll be a really good fit there.”

Compared to last season, the movement isn’t as rampant when it comes to free agents moving to new places. Despite that, there are still moves to be made and lots of exciting names that are still looking for new landing spots in the CFL. We’re into the most exciting time of the off-season and hopefully, the surprises keep coming after what was another fun opening week to free agency.