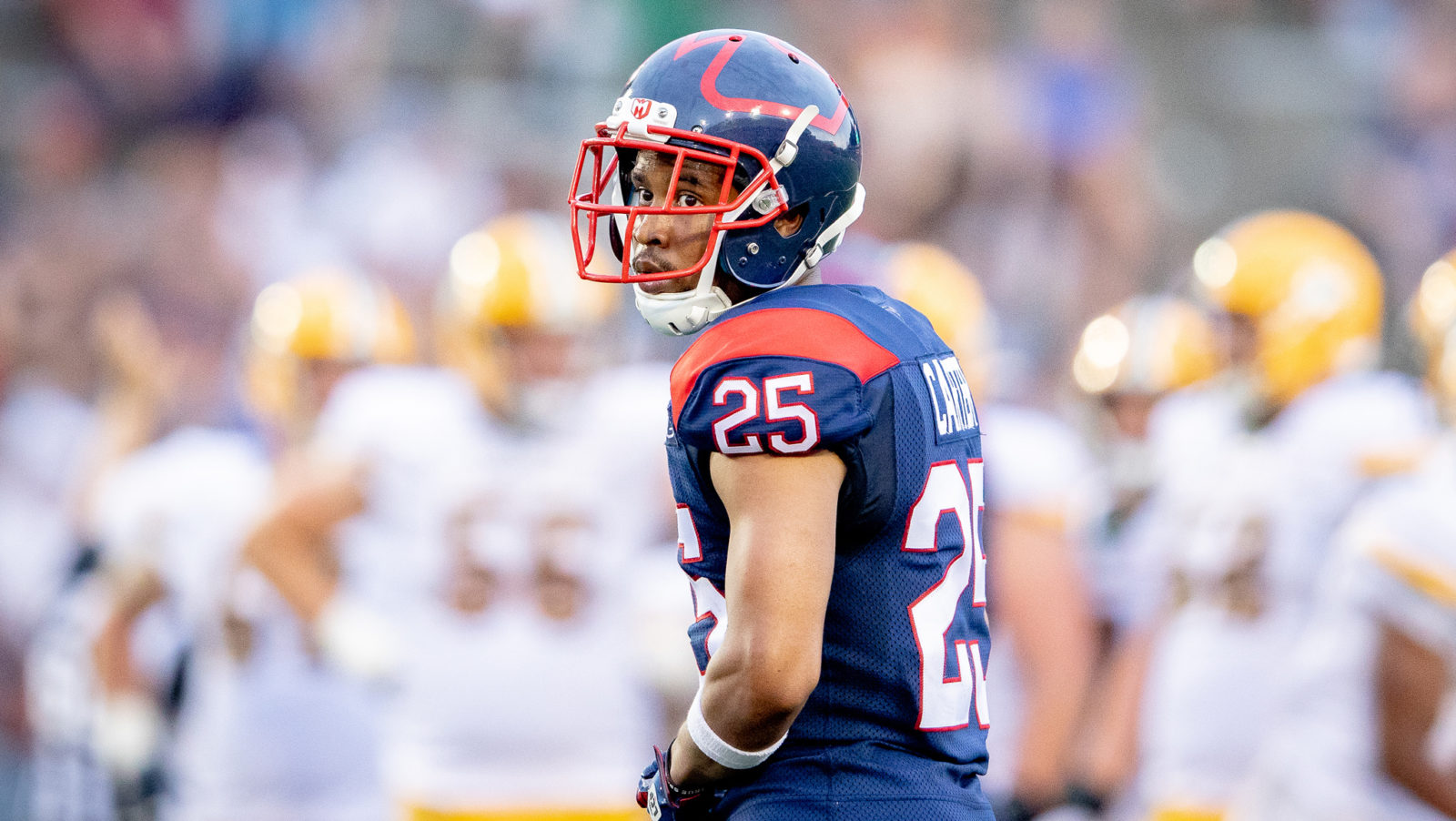 MONTREAL — The Montreal Alouettes announced on Tuesday that the club has signed American defensive back Ryan Carter to a new deal, as he will return to the team for the 2021 season, on top of signing former Carolina Panther running back Cameron Artis-Payne.

Carter made 22 defensive tackles, on top of knocking down two passes in 14 games with the Alouettes in 2019. The 26-year-old Grayson, GA native played collegiately for the Clemson University Tigers, helping the team reach two national championship games, winning one following the 2016 season. In 34 games with the Tigers, Carter registered 78 tackles, four interceptions and 19 knockdowns. He participated in the 2018 Buffalo Bills training camp.

Artis-Payne amassed 491 rushing yards on 118 carries and five touchdowns in 32 games with the Carolina Panthers. The 30-year-old also caught ten passes for 86 yards, helping the team reach Super Bowl 50 against the Denver Broncos. The Harrisburg, PA native also played five games for the Dallas Renegades in the XFL in 2020, registering 241 rushing yards and two touchdowns, as well as 101 receiving yards. He played two seasons for the Auburn University Tigers where he had a great senior year, rushing for 1,608 yards on 303 carries, while scoring 13 majors.