Hope on the Horizon: Lions looking towards future 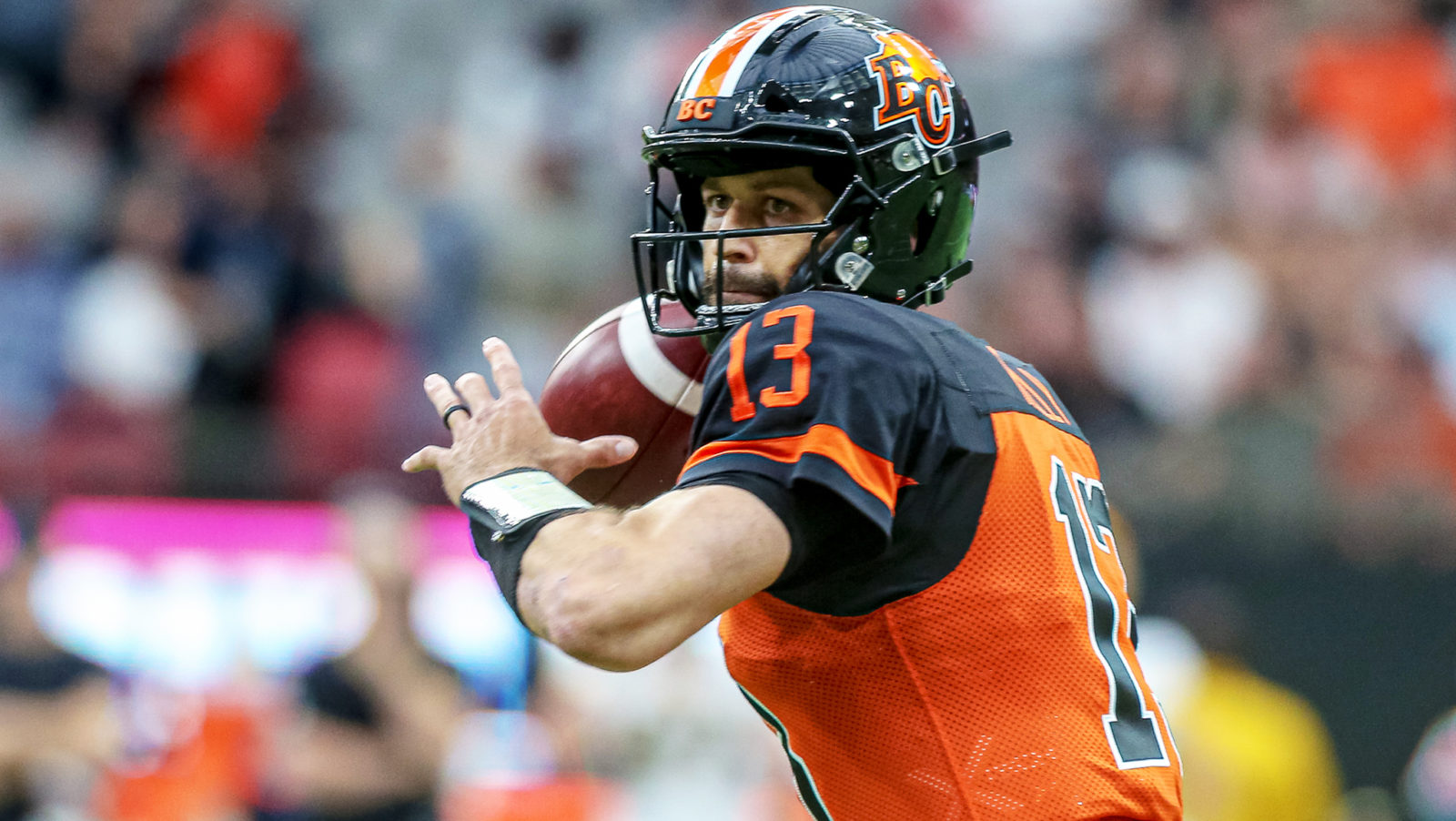 Hope on the Horizon: Lions looking towards future

Hope is on the horizon. That was the main message conveyed by Lions brass throughout Tuesday’s exclusive virtual town hall with club season ticket holders.

Quarterback Mike Reilly joined the co-general manager tandem of Rick Campbell and Neil McEvoy to talk about preparing for 2021, some of the key players added in free agency and much more.

The exact return to play date may still be up in the air for everyone involved in putting a Grey Cup contender on the field. That being said, the brass remains focused on being 100 per cent ready should we get the green light to begin training camp in May.

We now present some of the best Quotables from this week’s event.

On the re-signing of his top target Bryan Burnham and how the receiver joked around on FaceTime about possibly moving on to another team in free agency by acting sad:

“Obviously Burnham is a very good friend of mine, somebody I’ve gotten close to in the past couple of years and the season that we played together and he’s a great football player, of course. (He’s) a guy that I obviously wanted to have back on the team but the one thing you learn when you play enough football is that things are changing all the time. Coaching staff is changing, rosters are changing, everything is changing. You don’t let who you’re playing for or playing with or playing to affect your friendships, so I knew that we were going to stay tight either way.

But it’s nice to know that we’re going to be throwing footballs to him, of course. As with any free agency and especially with the unknown of the pandemic and everything, I think this year’s free agency has been wilder than most in just the unknown and not really knowing what’s going to happen. Players signed contracts and we’re on a team and never even took a snap ended up on other teams. Just a weird scenario. I have faith in the other two panellists that we have here that they’re putting together a great roster and they’re going to do whatever is best for the BC Lions. It turned out to have Burnham back on our team, so I’m obviously very excited about that but yeah, I don’t think that he ever passes up an opportunity to mess with me a little bit, he doesn’t get that chance very often and he knows that by the time I’m throwing him a football on the field, enough time will have passed that I won’t be upset with him anymore so I think he used that to his advantage.”

On the offence as a whole and how he is excited to have continuity on the offensive line:

“I’m most excited about what we’re doing up front. I think that’s the biggest key on both sides of the ball, of course, but my focus is offensive. You’ve got to have those guys be able to protect in the pass game, they’ve got to be able to open holes in the run game. It goes without saying that I’m excited about the weapons that we have, both at the wide receiver and running back position. But more importantly, I do believe we’re going to have plenty of time to get those guys the ball. When we get the ball in our running backs’ hands they’re going to make things happen.

I think the biggest thing, and you can see it with the urgency that Neil and Rick took getting our guys locked up that we wanted to have playing up front and getting it taken care of, having those guys with Kelly Bates coming back, they all kind of started to build great chemistry. Having a guy like Ryker (Mathews) re-signed, it’s going to be an exciting thing to that those guys up front taking care of business.”

On free agent additions and which ones are the most intriguing. As you might expect, they can’t just pick one:

McEvoy: “A guy like Marcus Sayles has given our defensive backfield a lot of stability. A guy like Lucky Whitehead has given us a lot of speed. A guy like Shaq Cooper has given us speed and athleticism on the ground and in the air. A guy like Bo Lokombo; arguably the most athletic linebacker in three-down football. All these guys give me excitement to get onto the field and see what type of football team we have. I’m just excited about all of them.

A guy like Mike Reilly (laughter) we got back, excited about him. I was excited last year and I’m excited still. Every guy we got under contract I’m excited about. The young guys, the old guys. They all fit the mould of what we’re trying to do. That’s why we put pen to paper and made them BC Lions again.”

Campbell: “It was two parts for me. It was re-signing and re-structuring the guys that were already BC Lions. When you first starting going into this, the task was pretty daunting. Just the number of guys we had to re-sign or re-structure contracts. Getting those guys back was the biggest hurdle to overcome. Like Neil said, I think that these guys we’ve added in, they’re home run hitter type guys. They’re ultra-fast guys so that when you get the ball to them in space big things happen. I think it’s a good mix to have in with our current crew. It’s the guys that are all the core group of the team that are BC Lions. That was like step one of free agency and when you add in the other guys it brings in a different wrinkle to it.”

Rick Campbell and the Lions are happy with their FA moves this off-season (BCLions.com)

On the defensive line and perception from concerned fans that it’s an area where the squad has failed to upgrade:

McEvoy: “When we started this process of bringing in top-notch guys, we didn’t feel we were able to do that on the offensive line. We felt we needed to work within the group we had because we felt the group was pretty good. We felt that our defensive line was a group we could upgrade with younger guys. So we’ve signed guys that have talent, have experience and have all the assets that you want to rush the passer. Both on the edge and inside. Plus, we have veterans J.R. Tavai and Chris Casher who are back. The inside guys are going to be young to the CFL, maybe not young to professional football. All the guys we signed that are going to be fighting for the defensive tackle spot, the majority of them, all have experience playing in the National Football League. So we felt some of the guys we may have had in the past were able to move on from and we still feel we’ve upgraded that position. We’ll be monsters up front.”

Campbell: “I’m excited about it. The name that only comes up to me that I guess people are talking about is Micah Johnson, which is fine. He ended up not playing for us. Some of the stuff came down to money. We had to make choices on who to retain and all those things. I’m definitely excited about J.R. Tavai and Casher. Those were two guys we targeted in free agency last year. To have those guys back, I’m excited. Like Neil said, those new guys, which everybody’s new at some point, they’re guys that have pro football experience and NFL experience. That doesn’t automatically make them good players but they’re not these young guys coming straight out of college. I think we’re going to be able to do some good things.”

Niel McEvoy is looking ahead at his first season as CO-GM of the BC Lions (Johany Jutras/CFL.ca)

On the linebacker corps. being assembled:

Campbell: “We have some good options going at linebacker. One, which I think is very unique, is we have four Canadians. Bo Lokombo, (Isaiah) Guzylak-Messam, Jordan Williams was our (first overall) draft pick from last year, Adam Konar, Noah Robinson, all these guys are guys that can line up and play really well. Definitely looking forward to that. We have the option to go all-Canadian at what we call our MIKE and our WILL position. So that’s going to be a good battle. Dyshawn Davis is here too, he’s another good football player. I’m excited about our linebackers. I’m excited that we have options as far as where we want to start our Canadians. I’m looking forward to seeing that battle take place. Not to be underrated is all these guys I mentioned are top-notch special teams players. To win football games, obviously, you’ve got to be good on offence and defence but also a huge part of the puzzle is how you cover kicks and how you return kicks.”

On how a delayed start to 2021 might impact the team going to Kamloops for training camp:

McEvoy: “We want to be in Kamloops for training camp. Other than delaying ’til something that we just can’t do it, Kamloops is going to be ready for us. Training camp is at the campus of Thompson Rivers University so you have to factor in when school starts again. But to be quite honest, the summer months are pretty open for us and that’s one of the reasons why it’s a great location, along with the weather and the infrastructure they have there is really good. We’re going to make the best opportunity for us to get up to camp is what we’re going to try to do.”