O’Leary: Bruno Labelle is ready for his pro future 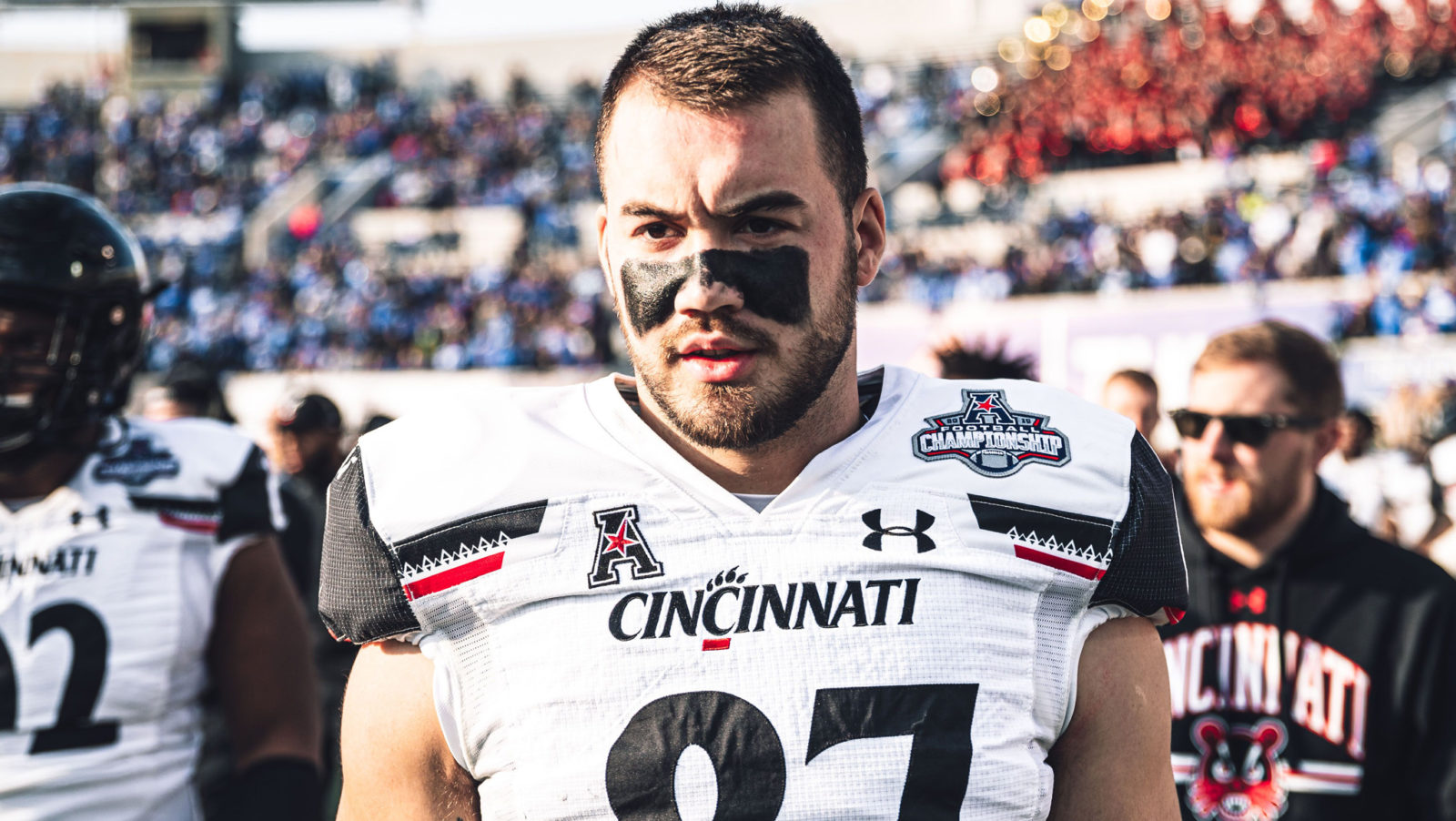 O’Leary: Bruno Labelle is ready for his pro future

It was around this time five years ago that Bruno Labelle decided to bet on himself.

He hadn’t yet grown into the six-foot-four, 248-pound tight end that he is today, but the Montreal native had a good idea of what he could be. Finishing up at his CEGEP, he saw his football teammates committing locally to powerhouse programs like Montreal and Laval. But Labelle had made up his mind early in his football playing days that he wanted to take his shot in the NCAA.

“I had my eyes on playing in the NCAA since I was playing peewee or bantam football,” Labelle said on a media conference call this week.

“I didn’t really explore my options in Canada. I knew I was going to play in the south.”

With offers from Michigan, Michigan State and Ohio State to name a few, Labelle chose Cincinnati. Four years later, the Bearcats enjoyed an undefeated regular-season (8-0), won the American Athletic Conference Championship and played in the Chick-Fil-A Peach Bowl against Georgia.

With a communications degree complete, Labelle is working on continuing to play football in the U.S. In January, he took part in the College Gridiron Showcase in Forth Worth, TX. and he’s currently in Nashville, TN training for the NFL Draft.

RELATED
» Hurry hard: Building a perfect CFL curling team
» Cauz: Discovering football gems while re-watching the 1954 Grey Cup
» Catching On: Receivers that could benefit from a change of scenery 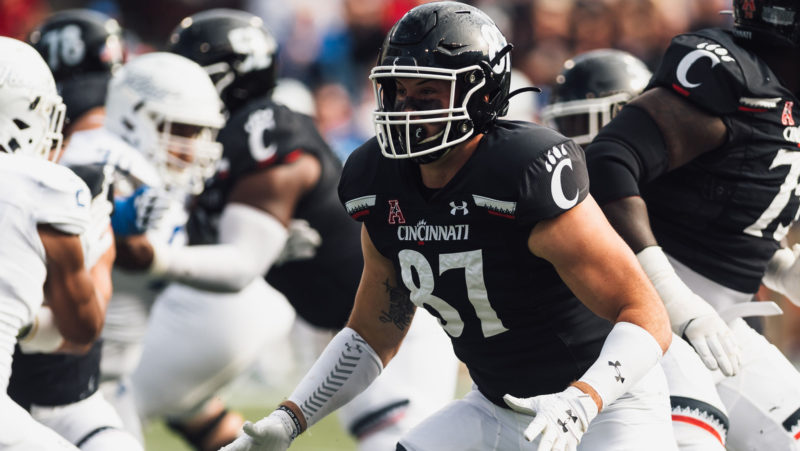 After four years with the Bearcats, including an 8-0 2020 campaign, Bruno Labelle wants to show pro teams that he’s ready to make the leap (Photo: University of Cincinnati Athletics)

“I’ve talked with a couple teams already. I’ve had discussions with my agent about how teams probably see me. I’m probably in the PFA (priority free agent) status right now and either way I think I aim for the NFL. I think I have a good shot to play in the NFL as a tight end or fullback and if that doesn’t work I’ll be happy to play in the CFL, too. I think it’s a great league and I’ll play in the CFL if it comes to that but my main focus is to play in the NFL.”

Labelle possesses NFL tight end or fullback size and thinks he could hear his name in the late stages of the NFL Draft, or could more likely be signed after the draft is complete.

“I’ve had the same stock for a few weeks, a few months,” he said.

He could be an intriguing CFL prospect as well. He didn’t get to show it a lot at Cincinnati, where blocking was his priority, but he’s got good hands and clearly has the physicality to play fullback in Canada. He had 10 receptions for 81 yards and a touchdown in 2020. He finished at Cincinnati with 20 career catches and 150 receiving yards with two touchdowns.

He didn’t disclose names but said that he had spoken with a couple of CFL teams while he was at the College Gridiron Showcase in Dallas in January. They saw him as a fullback or halfback type player.

“I know some teams use tight ends, but not a lot,” he said, adding that he could in theory drop some weight and possibly slide to a receiver position in the CFL. “From the teams I’ve talked to, they could find a place for me as a halfback.”

It may be difficult for him to realize while he’s in the middle of training to fulfill his dream and with the NFL Draft inching closer, but Labelle’s journey has been a five-year-long bet on himself.

He left the comforts of his French-speaking home behind and arrived in Cincinnati, where English was the full-time language. He had to adapt to a very tough level of football and had to balance it with academics and he did all of it. He made the American Athletic Conference All-Academic team in 2019, while growing into the player that he wanted to be.

“Not speaking English was not a big deal for me. It took me about a year until I got a good feel for it and now it’s been good,” he said.

He’s also shown other Canadian players that they can take that difficult path and come out of it better.

“I don’t think English should be a part of the equation at all,” he continued.

“They’ll take care of you in that area once you get down here. I think the biggest thing should be what are your aspirations, what do you want to do with your football career?”

Wherever the next few weeks and months take Labelle, he’ll get there without any unanswered questions. He got out of his comfort zone, bet on himself and was rewarded.