O’Leary: Inside the Way Too Early Power Rankings 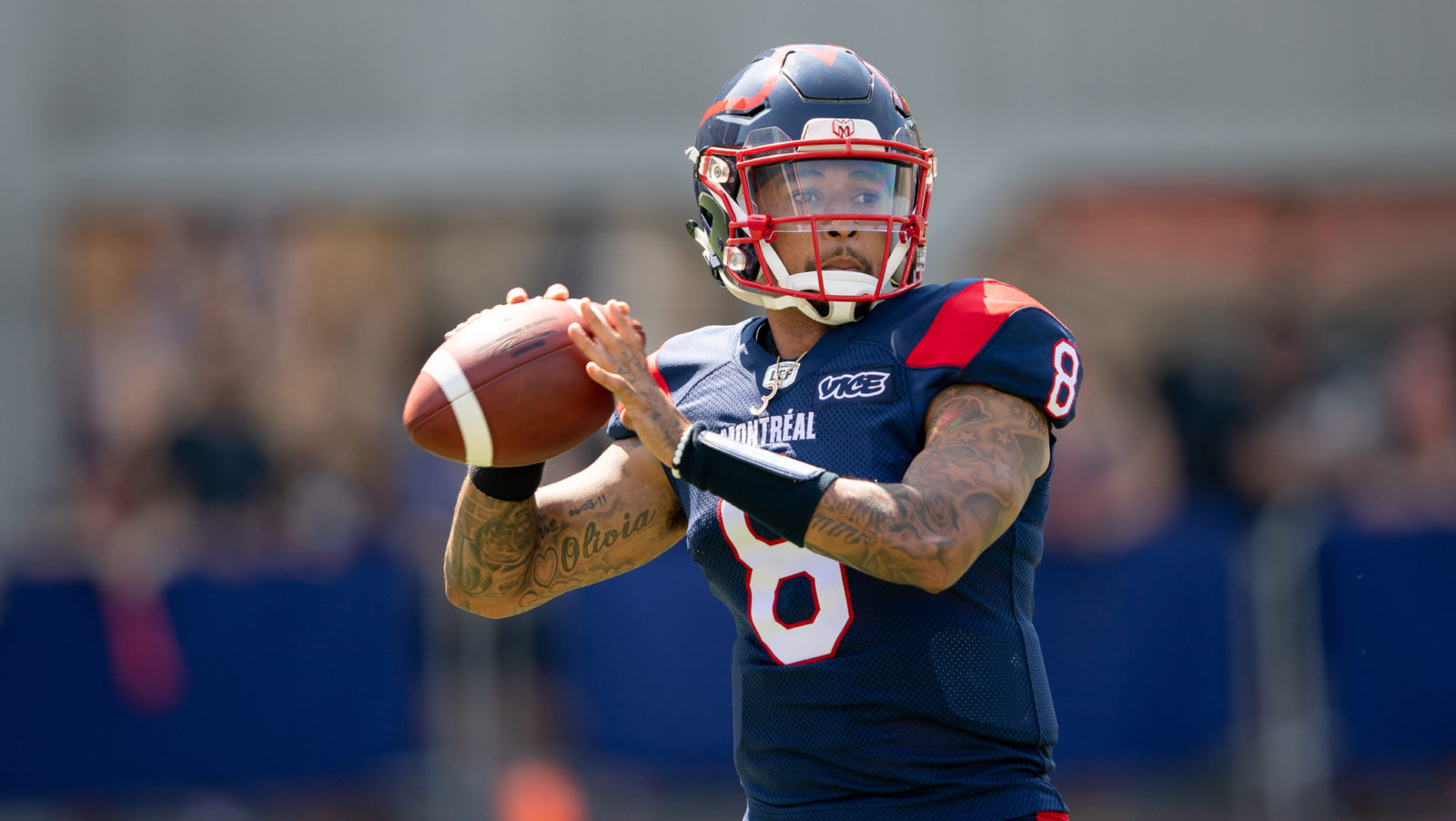 O’Leary: Inside the Way Too Early Power Rankings

As you no doubt saw today, we’ve released our annual Way Too Early Power Rankings. They’re an end-of-free-agency, pre-draft, pre-pre-season rite of passage. They look at where we think the teams in the league stand at this point in the off-season, when the most meaningful ingredient in the equation — actual football games — is still a few months away.

The voting and debating process is about as intense and dramatic as you can imagine. Voters enter a poorly-lit room and while cloaks aren’t mandatory it is considered a sign of respect for the process. After tabulating the votes, we enter an intense three-day period of debate and when that’s complete, we send a signal out into the world via a smoke stack from Hamilton, which activates the scheduling/publishing mode to bring you the results here at CFL.ca.

How much of that do you believe? Sadly, even in pre-pandemic times the voting process was never that exciting, but spending a good hour on a Zoom call arguing about the finer points of the list you’re looking at today is always a lot of fun. 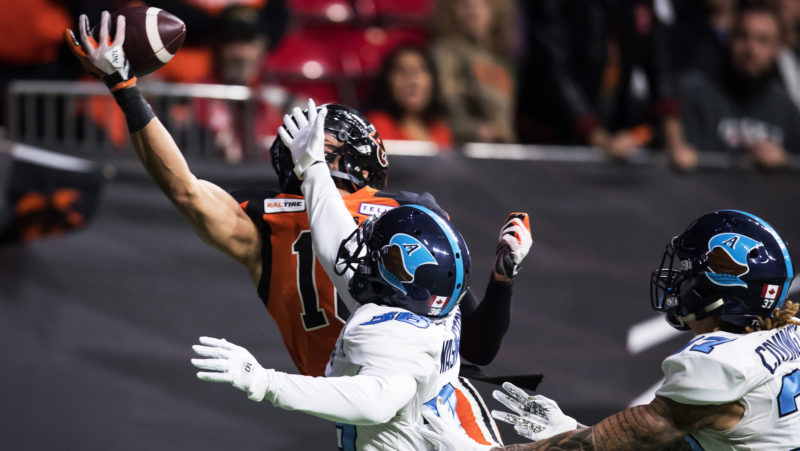 Bryan Burnham had a monstrous 2019, with 1,492 receiving yards. He’ll look to put another one together to life the Lions into the playoff picture in 2021 (Photo: The Canadian Press)

Like everything during this pandemic, the power ranking process has proven more difficult than it has been in the past. We of course don’t have a 2020 season to fall back on in evaluating the teams and we’re evaluating teams with two off-seasons under their belts now. Would Ottawa, Toronto and BC have fought their way up from the bottom of the standings last year? We don’t know. Would Calgary have continued to benefit from its strong scouting and consistent strong play at quarterback, its aggressive defence and its excellent head coaching? I mean, probably, but we don’t know for sure.

What many of our decisions came down to was trusting in proven commodities. The more success that teams have had and the less roster turnover that has come with that over these last two winters, the better we think teams will fare in 2021.

Looking over the list and thinking back to the voting process, here are three interesting WTEPR takeaways.

MOST CONTENTIOUS DEBATE: WHO GETS NO. 1?

There was a strong divide on this. One train of thought followed the teachings of a wise man named Ric Flair that famously said, “To be the man, you’ve gotta beat the man.” That he wooed too much and could have strutted around like a chicken after he said it is beside the point.

Generally, you’d rank the defending Grey Cup champs No. 1 at least until they get a chance to get on the field and open themselves up for hyper analysis in June. But, it was pointed out on our call, the Bombers lifted the Grey Cup almost 16 months ago.

That’s not to say they’re not returning a strong team. Zach Collaros will be the Bombers’ No. 1 pivot, but we don’t know what’s behind him and so much of their playoff punch was that QB centaur that featured Chris Streveler’s legs and Collaros’ arm. They still have Andrew Harris at RB, still have that dominant o-line and have great targets for Collaros at receiver. Their defence still features a pair of automatic defensive player of the year nominees in Adam Bighill and Willie Jefferson and with Mike O’Shea as head coach, they’ll likely still be a force this season. But we ultimately saw something a little more convincing in the team the Bombers beat for that Grey Cup.

The Ticats are a model of consistency. They have two proven quarterbacks returning, in Jeremiah Masoli and Dane Evans. The reigning MOP, Brandon ‘Speedy’ Banks is coming back, as is special teams player of the year Frankie Williams. Coach of the year Orlondo Steinauer returns as do the majority of the Ticats’ key pieces from their best-ever regular season team in 2019. The Ticats didn’t lose at home in 2019 and have the motivation of hosting the Grey Cup in front of them this year, along with avenging that painful loss in Calgary. The last Ticats team to win the Grey Cup followed that very same path, avenging a 1998 loss a year later in Vancouver in 1999.

After a disappointing end to the 2019 season and the cancelled 2020 campaign, Bo Levi Mitchell will be ready to lead the Stamps to the top of the CFL mountain (Photo: The Canadian Press)

STAMPS IN THE MIDDLE

It feels strange to look at a power rankings chart and not see the Calgary Stampeders at or near the top of it. It also felt strange to be at the 2019 West Final and Grey Cup and to not see the Stamps there. When making late winter (my way of pulling Spring in as quickly as possible) predictions, you need a little certainty and the teams in front of the Stamps provide that right now. If there’s one team on this list that I think could prove our voters wrong, it’s Bo Levi Mitchell and Co. There are undoubtedly gems on that roster. We just need training camp and some games to unearth them.

The Montreal Alouettes stunned everyone in 2019 (except for perhaps the one person that picked them to win every week of the season), ending their playoff drought with a string of ultra-dramatic last-second wins. No one liked missing the season of football this past year, but I’ve wondered if this time away would affect the Als more than other teams. They had such good energy and momentum coming out of 2019 and with new ownership and a new GM in Danny Maciocia, they seemed ready to dive back into things for 2020.

The most important piece of the puzzle is taken care of, with Vernon Adams Jr. signed and designated as their QB of the future. William Stanback returned from the NFL and there are plenty of talented, hungry hands around Adams, ready to be deep threats. They’ll look different defensively, with Henoc Muamba apparently moving on as a free agent but they’ll also have a more experienced defensive coordinator in Barron Miles. And don’t forget Khari Jones, who with one incredible showing as a rookie head coach could be a great one for years to come in the CFL. This team won’t surprise opponents this year, but we think they’re ready to take a step forward.