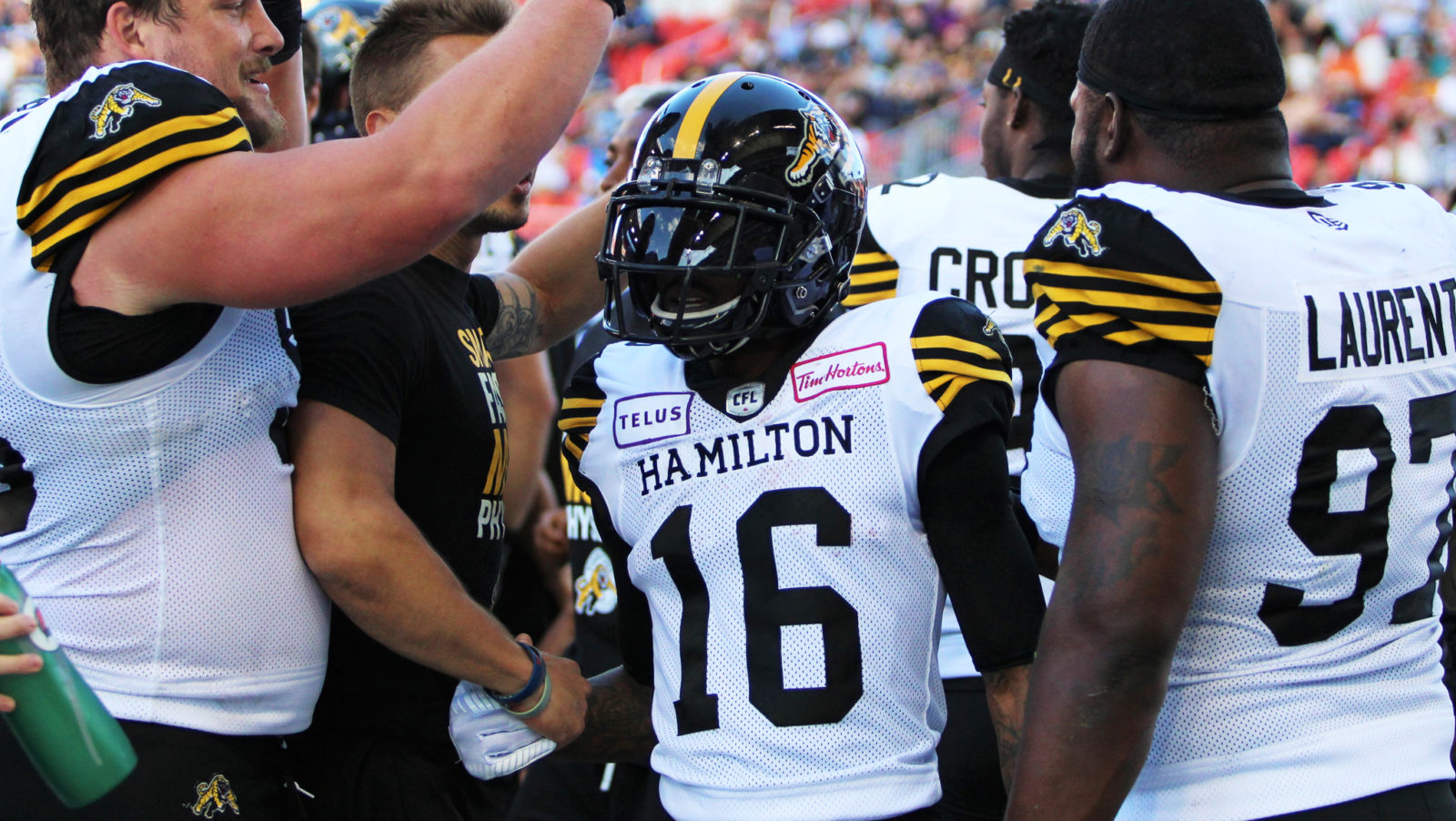 TORONTO — It’s been quite some time since the Winnipeg Blue Bombers’ hoisted the Grey Cup and snapped their dry spell at the end of the 2019 season. Who knew that when the confetti fell at McMahon Stadium, we wouldn’t see another down of CFL football for over a year.

But with the cancelled season behind us, it’s time to look forward to the 2021 campaign. Free agency has passed us by and depth charts are just starting to take shape, as several of the league’s top stars have settled into their new homes. A few teams kept their rosters intact, however, only making minor changes on either side of the ball.

Who made the most of the extended off-season? More in CFL.ca’s annual way too early Power Rankings:

Continuity is the name of the game in Hamilton after the co-GM duo of Shawn Burke and Drew Allemang brought back almost all of the stars that played in the 107th Grey Cup. With Jeremiah Masoli healthy and ready to get back to work, he and Dane Evans will be a one-two punch for the Tabbies at QB. Plus, Bralon Addison is back along with 2019 MOP Brandon Banks, as they look to try and play in the Grey Cup in their own back yard.

Bombers’ GM Kyle Walters didn’t have much work to do during free agency, after retaining almost all of his championship-winning team before the market opened. The biggest move was signing Bryant Mitchell, who returns to the CFL after a few years south of the border. Also of note, the team was able to keep their stellar O-line together, signing Stanley Bryant, Jermarcus Hardrick and Patrick Neufeld to extensions.

With a full season as a starter under Cody Fajardo‘s belt, he should flourish under new offensive coordinator Jason Maas and with his No. 1 target, Shaq Evans, signed to a new deal. Charleston Hughes and Cameron Judge will be missed on the defensive side of the ball but with Micah Johnson back in the fold and Larry Dean adding to the second tier, they should be poised to come out strong in 2021.

The Alouettes were one of the most exciting teams to watch in 2019 and they’ll look to continue that this upcoming year. With a flashy QB in Vernon Adams Jr., a new leadership group and fresh off their first playoff appearance since 2014, Montreal will hope to contend for a top spot in the East.

With ample time to recover from shoulder surgery, Bo Levi Mitchell is poised for another successful season in the ultra competitive West Division. If John Hufnagel’s scouting track record is any indication, Calgary shouldn’t have anything to worry about in terms of filling in pieces that won’t be returning. Plus, their defensive backfield looks dangerous with the likes of Jamar Wall, Richard Leonard, Branden Dozier, Royce Metchie and Raheem Wilson.

With Rick Campbell now in the Lions Den, BC fans should breathe a sigh of relief as Campbell’s success speaks for itself with what he was able to accomplish in Ottawa. We saw what the right coaches can do once the Lions made a change with the man in charge of the offensive line. Once a coaching change was made mid-season in 2019, the o-line’s protection of Mike Reilly dramatically improved in the second half of the campaign. Plus, the Lions now have speed on their side with the additions of Lucky Whitehead and Shaq Cooper to go along with Chris Rainey.

There’s a new man in charge on the sidelines in Jaime Elizondo after Scott Milanovich resigned from his post before he even coached in a single game in Edmonton. Elizondo is familiar with both Trevor Harris and Greg Ellingson from their time in Ottawa so it should be a seamless transition. Retaining Canadian pass-rusher Kwaku Boateng, who has quickly become one of the elite defensive ends in the league, was massive for Brock Sunderland and co. It’s now time to see if they can keep pace in the West or if they’ll have to rely on the crossover once again.

Yes, Toronto has made waves this off-season signing a number of high-profile players but there are still many questions surrounding the team. On paper, they’re a powerhouse, but how will it translate on the field? Can head coach Ryan Dinwiddie steer the boat and turn things around? Will the new stars, including Charleston Hughes, Eric Rogers, Cordarro Law, Odell Willis and more, be able to mesh together? Only time will tell as we watch the fun unfold this year.

Matt Nichols reunites with Paul LaPolice in Ottawa after what was an interesting QB swap between the REDBLACKS and Argonauts earlier this year. After hitting rock bottom in 2019, Marcel Desjardins and co. will be hoping Nichols is the catalyst to steer them in the right direction.