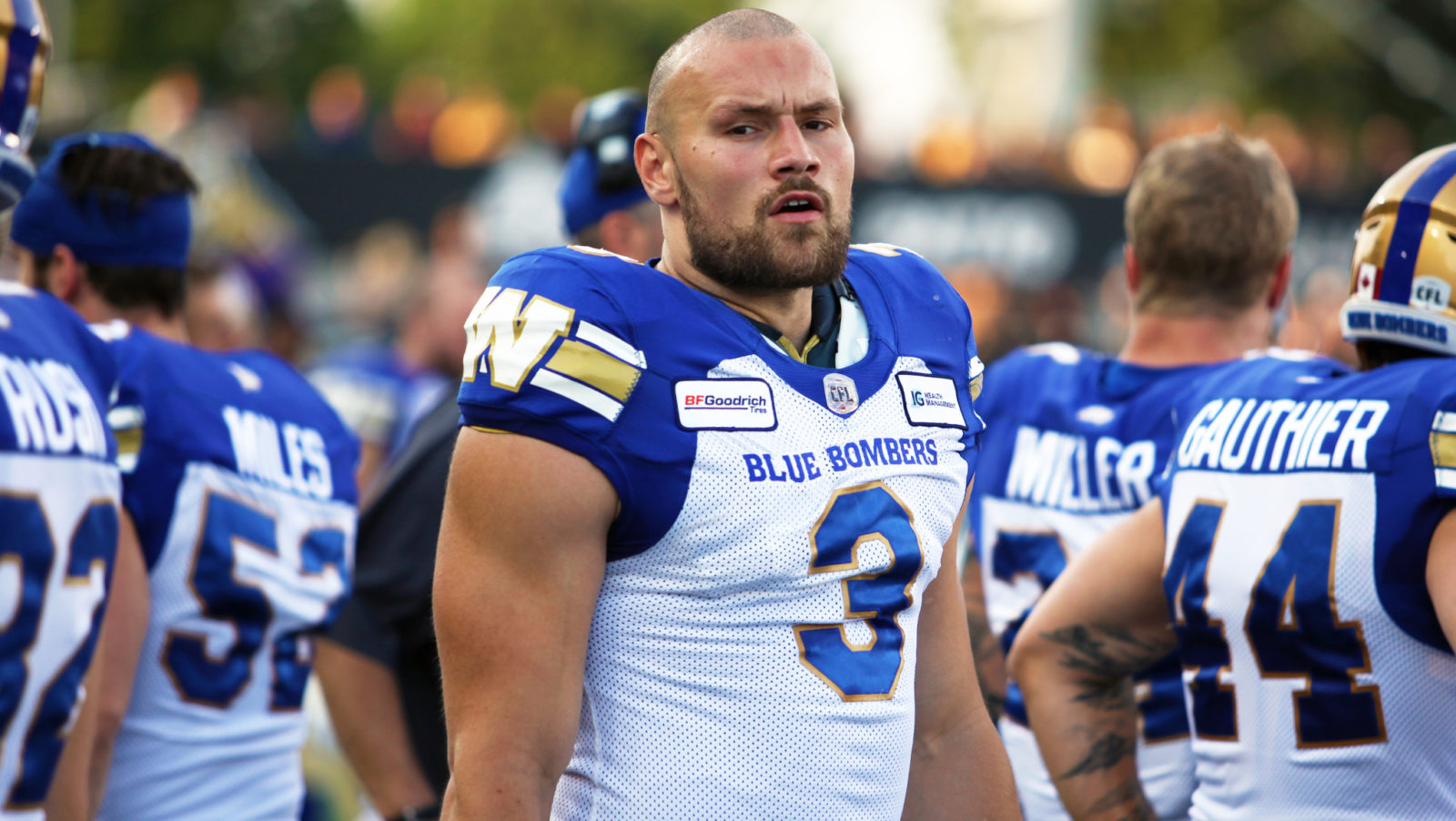 WINNIPEG — Each week, a Bombers player visits with Ed Tait of BlueBombers.com to reminisce about a particular game, or games, that are most memorable for them in their careers in high school, college or the professional ranks.

RELATED
» CFL exploring opportunities for alignment with XFL ownership
» Which CFL records could live forever?
» The way too early Power Rankings are in

“The game that stands out for me has to be the Grey Cup because it was the biggest game I had ever played in and I was really hoping to win it.

My first season in Germany, we went all the way to the finals and lost by three points. My first year with the national team, we went to the world championships and were starting great – we beat the U.S.A. – and then lost to France in the finals by one score. The whole time during Grey Cup week, I was thinking, ‘Please, it can’t be like this again.’

I also had some family issues. My grandfather died shortly after the Grey Cup. He would always ask how I was doing. He had cancer and also had a stroke shortly before the Grey Cup, so he was having a hard time.

Then when I went home after the Grey Cup, he was in bad shape… he could barely speak. He just said he was proud of me. Everyone was just saying that’s the only thing he waited on. After that, he said, ‘I don’t want anymore to drink now and no more food.’ And then after that, he died.

His name was ‘Eckhart’ and I had his name put on my Grey Cup ring. It was a very emotional time, but I am happy that it ended like this, with him knowing we had won the championship.”