Remarkable, Not Unbreakable: 8 records that could one day fall 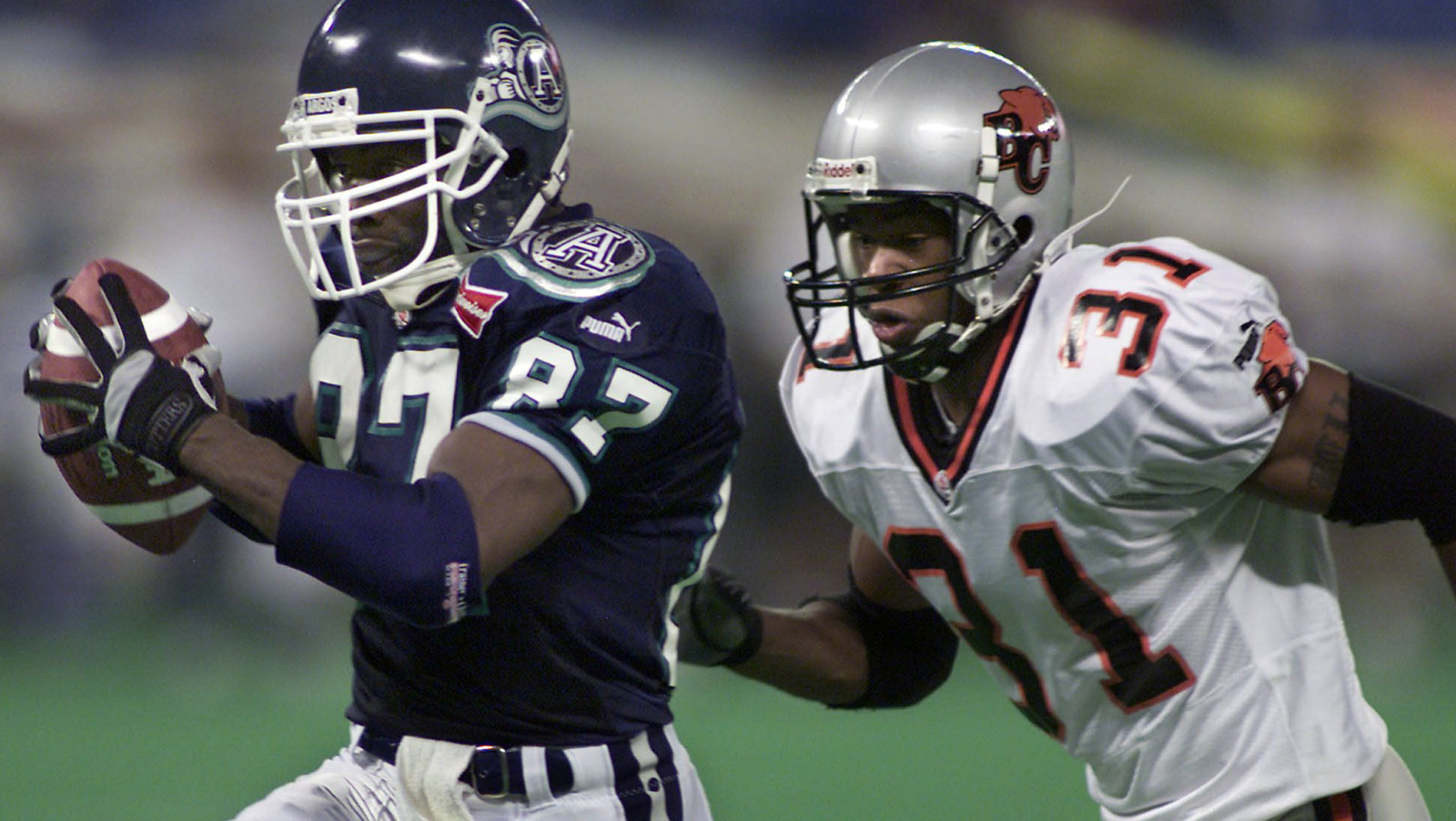 Remarkable, Not Unbreakable: 8 records that could one day fall

In the CFL, however, Calvillo’s benchmark of 79,816 passing yards remains unthreatened, at least for now. Is Calvillo’s record unbreakable though?

We recently wrote about some records that might just stand the test of time. Now we consider some benchmarks that could one day be broken, featuring names like Doug Flutie, Derrell Mitchell, and Grover Covington.

What would it take for Bo Levi Mitchell to break Calvillo’s record? Let us find out:

Calvillo finished his career with nearly 7,500 more passing yards than runner-up Damon Allen, who played until the age of 44. There is no doubt it is going to take a lot for someone to break this record, and it certainly won’t happen any time soon.

Henry Burris and Ricky Ray have retired, while Mike Reilly would have to play into his mid 40s just to have a chance. A few years ago, Bo Levi Mitchell was on track, but injuries and the pandemic have not helped his cause. Mitchell, with 27,937 yards to his name, has to average 5,188 yards per season over the next 10 years to break the record at age 40.

No other current starter could reasonably contend. Trevor Harris, Cody Fajardo, and Vernon Adams Jr. were late bloomers, Zach Collaros hasn’t stayed on the field enough, and Nick Arbuckle and Dane Evans both turn 28 this season.

That’s not to say it won’t happen one day. But for now, the Stampeders’ starting quarterback in Mitchell probably has the most realistic opportunity. 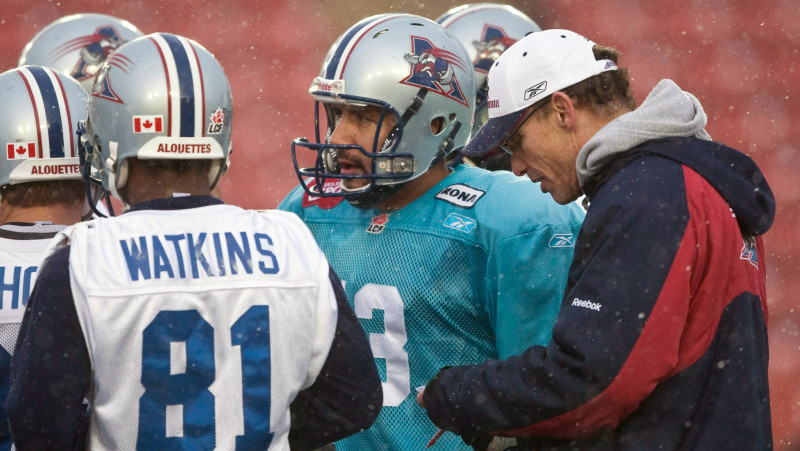 It’s incredible that Covington needed only 168 games to set a CFL record with 157 career sacks. That kind of production on a per-game basis (0.93 sacks per game) is rivaled only by one other player in James Curry, who had 85.5 sacks in 93 games (0.92 per game).

Someone who has a much longer career could break Covington’s record, and that someone could be Charleston Hughes. Hughes turns 38 in December but shows no sign of slowing down, currently sitting just 27 sacks shy of the record. The newly signed Argonaut averaged 14.5 sacks per season over his last four years, with double-digit sacks in seven of his last eight campaigns.

While Hughes could break the record before his 39th birthday, John Bowman might have a more difficult path. Bowman needs only 24 sacks to break Covington’s record but is currently a free agent. The 38-year-old is coming off an eight-sack season in 2019.

How about some inspiration from Alvin Kamara, the NFL running back for the New Orleans Saints who rushed for a record-setting six touchdowns in one game in 2020? Could the same thing ever happen in Canada? Currently, Earl Lunsford and Martin Patton share a record with five rushing touchdowns in one game.

Sure, it’s a passing league, but a high-scoring game could produce plenty of scoring opportunities. Maybe a running back has a hot hand and finds the end zone a bunch of times. Perhaps a quarterback with six one-yard plunges?

In 2019, three players scored 12 touchdowns each as William Powell, Chris Streveler, and Vernon Adams Jr. tied for the CFL lead. All it takes is a crazy 60 minutes for one player to go off and set a record.

Some may argue this record belongs in the ‘never will be broken’ category, which is completely fair given the gap between Mitchell’s 160-catch season in 1998 and the second-leading entry of 126 by Allen Pitts in 1994. But the rise of highly efficient, up-tempo offences could lead to more volume for top receivers across the board in the future.

On the one hand, offences seem to be spreading the ball out more than ever before. Remember when Trevor Harris set a playoff record with 60 passing attempts during a game in 2017? It’s hard not to imagine him targeting Derel Walker and Greg Ellingson over and over again in 2021. It may not be likely, but it’s certainly possible Mitchell’s record could fall in the foreseeable future.

That year, by the way, Mitchell averaged 8.89 catches per game, which is a record itself (Chad Owens at 7.82 is the next closest for any 10-game minimum season). The same season, Mitchell tied a CFL record with 16 catches in a game against Edmonton. He finished the year with an incredible 243 targets, including a record-breaking 23 in one game and 22 in another.

Of course, if someone does ever break Mitchell’s single season catches record, you would assume Allen Pitts’ single season record of 2,036 receiving yards could also be in jeopardy.

STEINBERG: Could the Riders boast the CFL’s top-ranked offence in 2021?

With Cody Fajardo returning to Saskatchewan along with a full supporting cast, the Riders look like a force to be reckoned with offensively. Our Monday Morning QB Pat Steinberg considers the contenders for best offence, defence, and special teams in 2021.

Yes, we’re really going there. Doug Flutie’s 1991 campaign seems untouchable, and so far it has been with 6,619 passing yards in one season – easily ahead of Kent Austin’s 6,225 yards one year later. However, one great 18-game stretch is all it takes for the record to fall.

You could chalk this up to wishful thinking, but it sure would be fun to see.

A pair of Argos tops the record book for the most combined yards in one season, with Michael ‘Pinball’ Clemons’ record of 3,840 surpassed by Chad Owens (3,863) in 2012. Owens was named Most Outstanding Player that year and the Argos won the Grey Cup.

It takes a unique talent to put up league-leading numbers in the return game while doubling as an elite offensive contributor – but every now and then one comes along. Diontae Spencer might have been a good bet before going to the NFL. Spencer set a single game record with 496 combined yards on Oct. 27, 2017 vs. Hamilton.

Brandon Banks has all the ability and then some, but he traded in most of his return duties for an expanded role on offence. Possible future stars in Lucky Whitehead and DeVonte Dedmon fit the profile but would need to see a much larger role in the receiving game.

Eighteen pass knockdowns in one season mark a very impressive achievement shared by two prolific defensive backs in Malcolm Frank and Adrion Smith. But in a higher volume passing environment, there’s no reason to believe they can stay on top forever.

In 2019, Bombers defensive end Willie Jefferson had 16 pass knockdowns, falling two knockdowns shy of the record and setting a new benchmark for defensive linemen. Stampeders defensive back Jamar Wall came up one knockdown short of the record in 2016. T.J. Lee, Ciante Evans, and Frankie Williams have also threatened in the past.

This is one entry on the list that just feels like a matter of ‘when’ as opposed to ‘if’.

A bonus entry for all the place kickers and punters out there – because who doesn’t enjoy absurdly long field goal attempts? McCallum hit from 62 yards back in 2001, becoming just the second player to hit from the 60-plus yard range (Dave Ridgway made a 60-yarder in 1987).

Current Bombers kicker Justin Medlock routinely kicks 50-plus yarders, including three successful field goals of 57 yards or longer throughout his career. Boris Bede is known for his strong leg as well.

Just for fun, the longest field goal attempt was a 71-yarder by Dave Cutler in 1977 at Taylor Field. That one may never be exceeded.