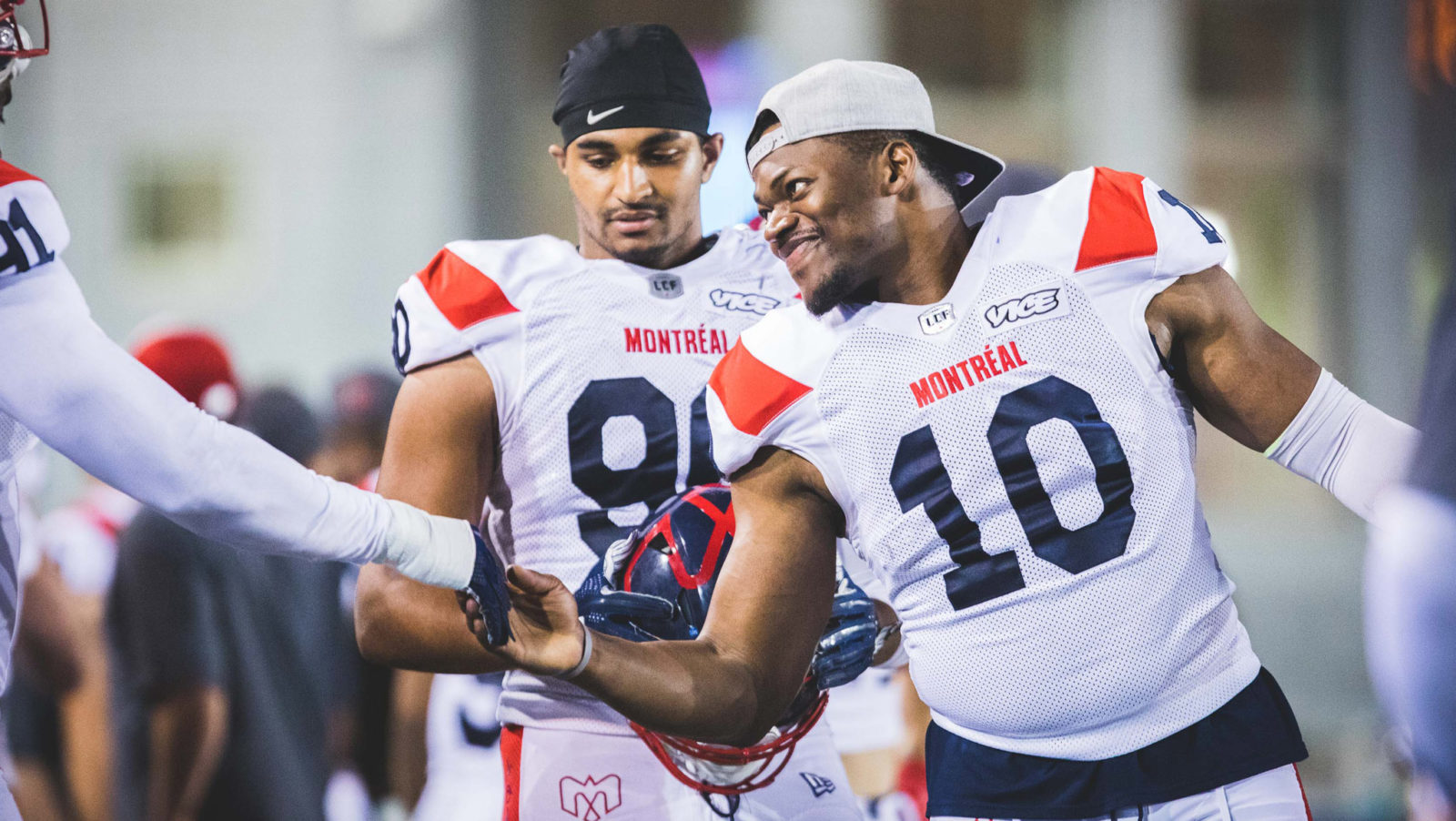 If you’ve followed the Toronto Argonauts through this winter, roster scrolling is likely already a pastime of yours.

That became a little more fun and intriguing on Tuesday, after the team announced yet another high-profile signing, in Canadian linebacker Henoc Muamba.

The entire roster can be a good how-do-you-fit-them-all-in exercise, but given the significance of Muamba’s arrival, let’s focus for now on that linebacking corps. Muamba joins an already talented, Canadian-rich position and makes it instantly better on both fronts.

The CFL’s Most Outstanding Canadian in 2019, Muamba joins the West nominee for the award, in recent signee Cameron Judge, who made the move east from the Saskatchewan Roughriders. As you can guess, that doesn’t happen often.

someone: you should sign either the west or east division nominee for most outstanding canadian

The Argos can go with Judge at the Will LB spot, Muamba in the middle and let’s say Shaq Richardson at the Sam spot, though it could be Alden Darby or even a training camp standout that’s not on our radar yet. Not only is that an already productive corps, but you have two award-worthy Canadian players in there, which add ratio flexibility to the rest of your roster.

Muamba’s signing with the Argos — touted later on Tuesday by TSN’s Farhan Lalji as the worst-kept secret of free agency — brings an extended football purgatory to an end for the 32-year-old. Muamba has always been very calculating in his football decisions, taking the time to make sure that the team he chooses is a fit for him and his family. He and his wife, Jessica have two young daughters and being able to stay at the family’s Brampton, Ont. home is a convenient bonus in the decision to sign with the Argos.

On the field, Muamba is a heartbeat-of-a-defence type player that should lift an already strong group of players to higher levels. In the locker room, he’s a leader and has the experience and pedigree to set a tone for the rest of the team. With so many new faces and so much talent coming into this Argos group this year, Muamba will be a very valuable addition.

Away from football, Muamba has been an active public speaker, reaching people from classrooms to boardrooms and prisons. The obvious size difference with the team’s GM aside, Muamba is in many ways a Pinball Clemons in the making (to be a fly on the wall for those come-play-for-us pitches). Every team in the league could make that pitch for Muamba and likely would have, but the off-the-field aspects of the Argos seem like a better fit than any other team could have offered the coveted free agent.

It feels like every few weeks, the Argos get our attention with another move, another highly talented, big-name player. The arrival of Muamba is one of the biggest for the Argos, but it takes us back to the same place, thinking about what this spring might be like when all of these bodies make their way onto the field and start competing for roster spots.

There are tons of interesting storylines for every team in this league as we inch closer to training camps opening. No one knows where the season will take us yet, but in my mind, no training camp will be more watchable than the one that takes place wherever the Argos choose to hold theirs.